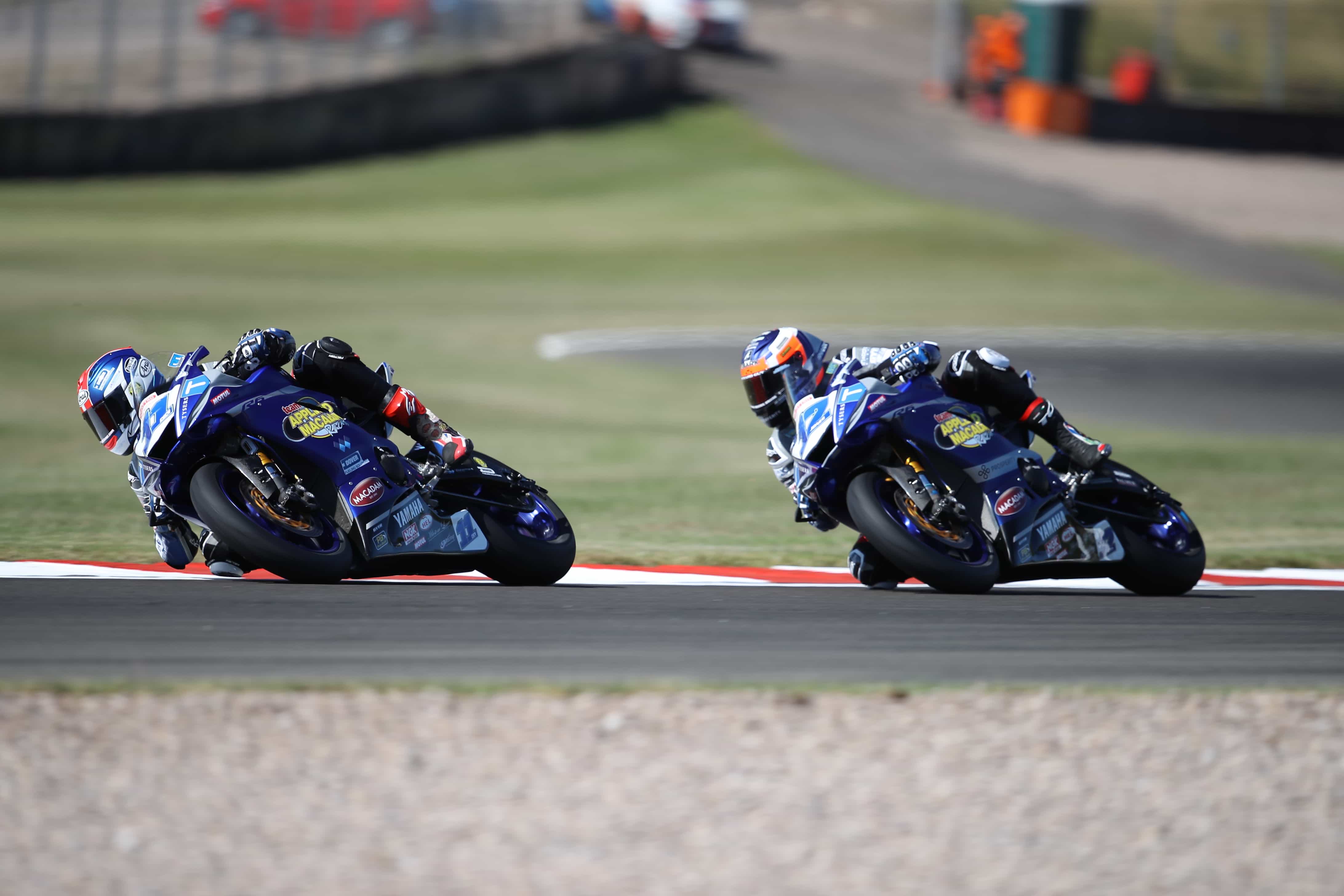 The Buell machines are the personal dream of Erik Buell, a famous Harley racer in the USA, who eventually agreed a deal with Harley-Davidson, enabling them to take a stake in his Buell company, who have manufactured these unusual looking, sports styled 1200 cc twins for the last decade or so.

The S1 Lightning and White Lightning special edition were very much the sportiest models of the Buell 1990s range, with 130mph performance and rapid acceleration squeezed from the old H-D Sportster engine unit.

Add White Power suspension and massive disc brakes to the equation and you have all the right ingredients for an American alternative retro-sports class machine.

Ton up on the freeway, and there’s no place to hide. The icy wind cuts through me, however much I try to crouch down behind the tiny flyscreen. Milwaukee’s summer ended abruptly a few days ago. Now it’s freezing, the sky is grey and there are spits of rain on my visor. This is no time to be wearing just a T-shirt under unlined leathers, sitting at 100mph on a flat-barred, almost unfaired bike like the Buell S1 Lightning.

But despite the numb hands and goosepimples, I’m having the time of my life. I’d be less cold if I slowed down, not to mention less likely of being nicked by the Wisconsin Highway Patrol. Yet so addictive is the Buell’s power delivery, so creamy-smooth the rush of acceleration when I crack open the throttle, and so stable the bike’s handling through the freeway’s occasional sweeping curves, that I can’t resist hammering down Interstate 43 from Milwaukee to Buell’s base at East Troy just about as fast as this outrageously styled new bike will go.

The Lightning’s launch capped an exciting few years for Buell, the firm founded by Erik Buell, a former road-racer and Harley engineer. Buell made his name with a series of quick, smooth and fine-handling Harley-engined bikes such as the RR1000 and RS1200. But he was always limited by lack of capital and the vicious circle of low-volume production and consequent high prices until, in February 1993, Harley-Davidson took a 49-per-cent stake in the renamed Buell Motorcycle Company, adding finance plus development and marketing expertise.

Since then the firm has moved to a new and larger factory in East Troy, released its first new model, the S2 Thunderbolt sports-tourer, and increased production to a maximum of ten bikes a day. These are already being sold in over 140 Harley dealerships across America. And now Erik Buell and his small team have created a second new model, the S1 Lightning. Its origins go back to a naked roadster that the old Buell firm produced in prototype form back in 1989, but did not then have the resources to put into production.

Erik’s intention with the Lightning was emphatically not to build a cut-price naked roadster, but to produce a pure-bred modern sports bike with minimal bodywork. The aim was a machine that could hold its own with multi-cylinder sports machines on a twisty road so no compromises were made in specifying top-class cycle parts. The engine would again be the 1203cc Sportster unit and for the first time it would be tuned for extra horsepower.

When tuning the aircooled V-twin, the challenge is not just to add power reliably, but also to do so while keeping within noise and emission limits. Harley’s engineers and independent exhaust and acoustics experts were commissioned to produce a super-efficient airbox and silencer design. The results, a massive black plastic airbox on the right of the bike, and an even bigger silencer that runs beneath the motor, are pretty ugly but they work. Power output is up to a claimed maximum of 91bhp at 5800rpm at the crankshaft. That’s a substantial 15 horses up on the Thunderbolt, and a massive 50 per cent more than a stock Sportster’s figure. And it’s done while maintaining a very healthy torque output from below 3000 to over 6000rpm.

The motor sits in a frame that is based on Buell’s traditional design, with its system of Uniplanar rubber-mounts and rods that restrict vibration to the vertical plane. But although chassis geometry is unchanged, the routing of the chrome-molybdenum steel tubes is completely different. As before, suspension is by Dutch specialist WP, with 40mm upside-down forks and a single shock, situated horizontally beneath the engine and operated in tension rather than the conventional compression.

That chassis layout combines with the Lightning’s basic, cut-down styling to make this a very distinctive motorbike. The S1 is unashamedly short, stubby and brutal. Its plastic fuel tank and the massive lump of V-twin engine lead into the tiny, truncated seat/sidepanel area, giving the mean, barrel-chested look of a two-wheeled American Pit Bull. Up front, the tiny fairing adds style, if not much wind-protection; at the rear, the number-plate is integrated into the mudguard so neatly that you wonder why nobody else has thought of it.

Nice touches extend to the clocks, which sit in a classy alloy housing, and also to the handlebar grips and switchgear. Like the sidestand, these are conventional, rather than the duff Harley-style items with which previous Buells have been lumbered. The bars are almost flat, giving an upright riding position. Footpegs are quite high and fairly rearset; the seat is low, small and thin, with room only for the smallest of pillions behind the rider’s narrow perch.

The motor’s disappointing chugging sound when it fired up was testament to how well the sound-deadeners had done their job. But the tacho needle raced round the dial with unfamiliar enthusiasm when I blipped the throttle, and the Lightning felt eager to go as I headed through the gates of the Harley headquarters. (Buell’s test-bikes, like other aspects of the firm’s promotions, are based at Milwaukee.) Below about 3500rpm there was a slight juddering, mainly through the footrests. Then that cleared, and by four grand the Lightning was so smooth that it was like riding a magic carpet. And if the engine’s lack of vibration was impressive, then the way the thing made power was little short of amazing. There was usable torque from below 3000rpm, which meant that the Buell would pull quite strongly from as low as 50mph in top gear, giving a pleasantly relaxed ride if you weren’t in a hurry. By the time the tacho needle reached four grand in top, with about 80mph on the clock, the S1’s combination of power and upright, exposed riding position was really yanking my arms.

The Lightning lived up to its name when revved hard, too, flashing towards the 6300rpm redline through the lower gears with most un-Harley-like haste. Once in top, it kept on accelerating smoothly, its mirrors remaining clear, until running out of breath approaching its 130mph top speed. Although plenty of bikes make far more out-and-out power, the Buell has enough, when allied to its competitive 193kg of weight, to give seriously useful roadgoing performance.

Its chassis is well capable of backing it up, too. Suspension at both ends was sports-bike firm, with the 40mm WP forks doing a superb job of soaking up bumps while giving a taut, racer-like ride. The rear WP unit was well-damped, which hasn’t always been true of Buell shocks, but felt a bit harsh on less-than-smooth tarmac. In combination with the radically tiny seat and upright riding position, the shock occasionally passed on bigger road bumps and freeway tarmac seams straight to my bum with painful efficiency.

Although one American magazine reported the Lightning prone to a touch of typical naked-bike weave in high-speed curves, I found it flawlessly stable through several series of ton-plus sweepers. But it was when tighter corners approached that the light, slim Buell really came into its own. It could be slowed sharply with the huge, 340mm single front disc and six-piston Performance Machine caliper, then flicked into turns quickly and fired out hard using the torque of the V-twin motor.

Even when the mist turned into light rain just as I began riding repeatedly through one particular tight, blind bend for pics, the Lightning didn’t give any nasty moments. Its Dunlop Sportmax II radials, mounted on 17-inch Marchesini rims, proved to be very grippy. The Lighting has enough ground clearance to make them work hard in the dry, too. My only real problem was feeling a bit cramped on the short, compact bike but I’m very tall, and riders of normal height would probably appreciate the bike’s lack of bulk.

It was late, dark and colder still by the time I arrived back in Milwaukee, but I rode through the Harley gates to return the Lightning very reluctantly. Like Ducati’s 900 Monster and Triumph’s Speed Triple, the Lightning is a naked sportster that combines distinctive looks and lively performance with a sparkling personality of its own. Its raw image won’t be to everyone’s taste, and it’s not a particularly practical or comfortable bike, but it’s one I’d love to own.

And the good news is that this might be possible in the fairly near future. The Lightning was due to go on sale in the States in mid-November, priced at $9995. (That’s $2000 cheaper than Buell’s faired S2 Thunderbolt model, due to the new bike’s simplified design and fewer parts, and considerably less than the cost of Harley’s big twins.) And Buell has definite plans to attack Europe, starting with one or two countries towards the end of next year. No decision has yet been made about which countries Buell’s will be exported to first. But Britain has a good chance of being at the front of the queue, due largely to ease of producing manuals and of training mechanics in English. Harley UK wouldn’t go into details, but a spokesman said they’d love to import the bike next year if homologation and so on could be sorted out. So although you can’t ride away on a new Buell just yet, that day surely isn’t far away and on this evidence the S1 Lightning is well worth the wait.

Get Buell bike insurance for the S1 Lightning.

Get your free motorbike insurance quote »