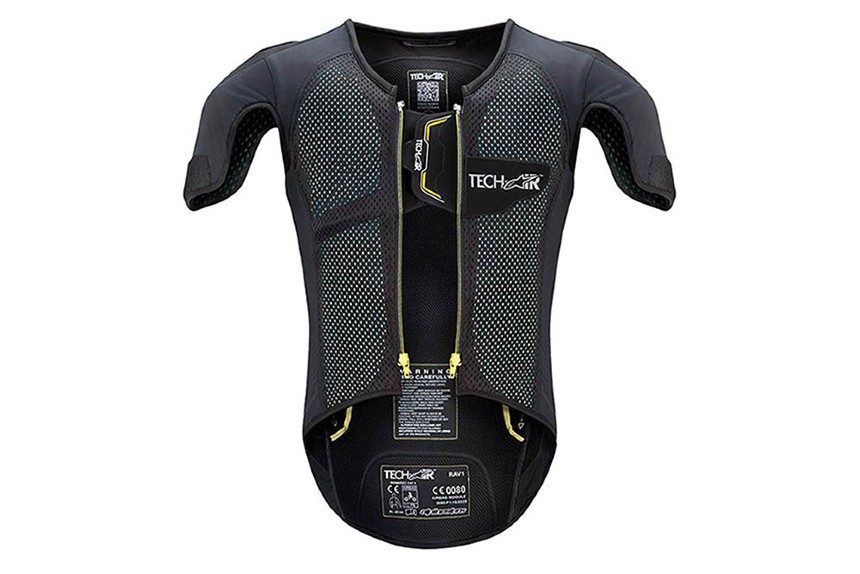 When I first started riding many moons ago, I couldn’t get over the fact that some riders would head out on two wheels without a back protector. I felt naked and unsafe without one and I have no doubt in my mind that by always wearing one, it has kept me fairly intact through my 15 years of riding.

But now, things have moved on with the introduction of effective and affordable airbags; and like with back protectors all those years ago, like so many other riders I’ve moved up in the world onto airbags. Over the past couple of years whether I’ve been riding on road or track, the airbag has slowly become my new back protector; a go-to piece of kit, to save me just in case the worst might happen.

And after tens of thousands of uneventful race and road miles, I finally, and unfortunately, had the chance to give my Tech-Air system a proper test. Alongside road testing and riding on the roads, I also race in the Ducati TriOptions Cup, which runs alongside the British Superbike Championship as a one-make using the Ducati Panigale V2.

It was the final round of the year at Brands Hatch, and during Friday’s Free Practice session I was pushing for a time when it all went wrong. On the way into Surtees, which is the corner that leads on to the GP loop I was at the top end of fourth gear, when I hit the brakes too hard with a little bit of lean angle, and locked the front wheel.

As I was on a straight and travelling at a fair speed, I remember hitting the deck with some serious ferocity on my side and upper body, before sliding for what felt like a lifetime. As I tried to get a bit of stability, I must’ve hit the kerb or the raised grass, and it sent me into another barrel roll, before ending up a hefty distance down the road. It was one of those crashes that gave me absolutely no warning; one minute I was just about to nail my braking marker, and the next?

Well, I was trying to keep my arms and legs from getting twisted up with a 200kg Panigale, to roll over and slide graciously on the bike rather than my front. The last few crashes I’ve had have all been very slow, small low sides at full lean, but this one really took the wind out of my sails.

The ferocity in which I’d smacked the deck had left me sure I’d broken my collarbone or injured my shoulder, and after getting up to see the wreckage of my bike, I had to have a minute to get my breath back and check that all my fingers and toes were working as they should.

Somehow, everything was. My Alpinestars gloves and boots were absolutely mullered, as were my custom 4SR airbag-ready leathers, but somehow, I’d remained intact; even though I’d smashed down on my side so hard, that I might as well have just had a fourth gear high side. Although I never felt the airbag go off the little flashing LED lights told me that they had done the job and being able to walk away from that had really proved its worth. 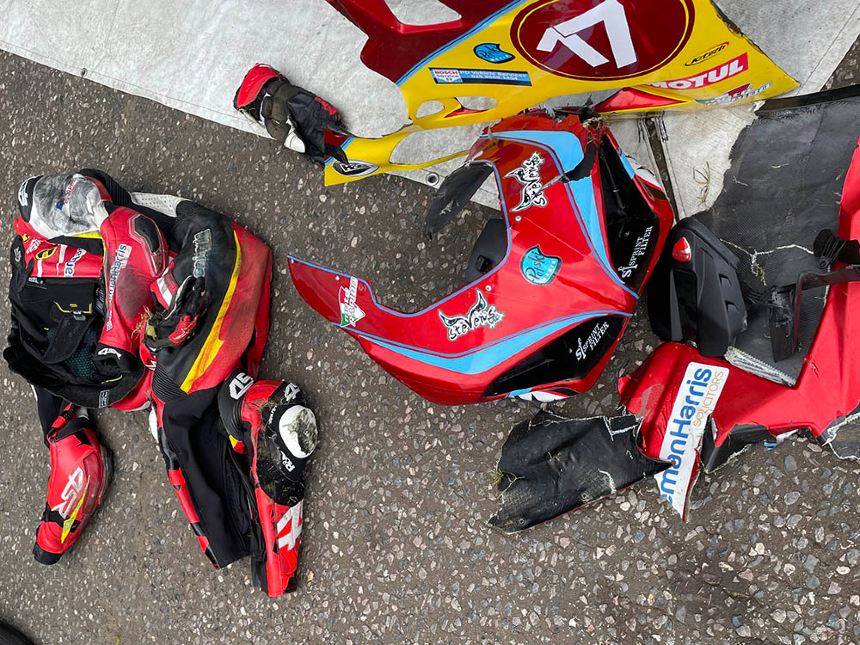 But the coolest thing? They can even collate the data and see exactly what happened. According to the internal data logger in the system, here’s what Alpinestars’ tech gurus back in Italy pieced together:

“The crash lasts for 5.5s seconds. From the point that the airbag detects that this is a crash and the deployment is 165 milliseconds. The airbag deploys 70 milliseconds after the first significant incident which could be a loss of control or most likely some kind of impact. The first incident is detected on the left side and at the same point, the Giro also detects that the body position has dramatically changed so normally this would indicate an impact with the ground.

“After this, there are around five seconds of sliding, possibly with some small tumbling at the beginning, with another significant impact on the left side after three seconds… so maybe he hit something while off the bike. It would appear that he was either sliding on his front or back as all the accelerometers register a similar value throughout.

“Normally when one is higher we can establish that the rider was sliding on one particular side for example. I can also see that he was upon his feet straight away and walked off so I guess that no serious injuries were sustained?”

And they guessed right. There’s never a way to tell whether the airbag saved my body or not, but this is the first crash I’ve had in a long time, where it felt like I got away incredibly lucky. But the thing is, it probably isn’t luck; it’s the evolution of rider safety, and when riding now, I don’t want to be without an airbag.

Sure, it’s a pain keeping them charged and they cost a fair bit of money, but I ride for a living, and a few months out of a job is far more expensive than spanking a bit of cash on a vest. I can’t speak for the other systems on the market, but for me? The Tech-Air system gets top marks. Cheers for keeping me in one piece, Alpinestars.