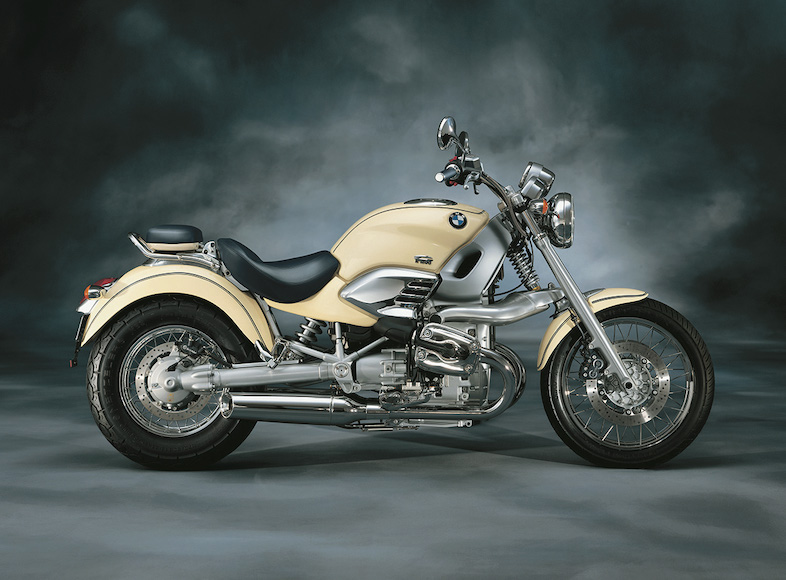 Predicting the future is notoriously unreliable and accurately working out which current or nearly current motorcycles are going to become future classics is harder still.

We’ve had an in-depth look at bikes made in the recent past and picked out a few that might, perhaps, possibly, work out to be considered something a bit special thanks to their rarity or oddity level. Just don’t go banking on these for your retirement fund as the market can be a fickle place! 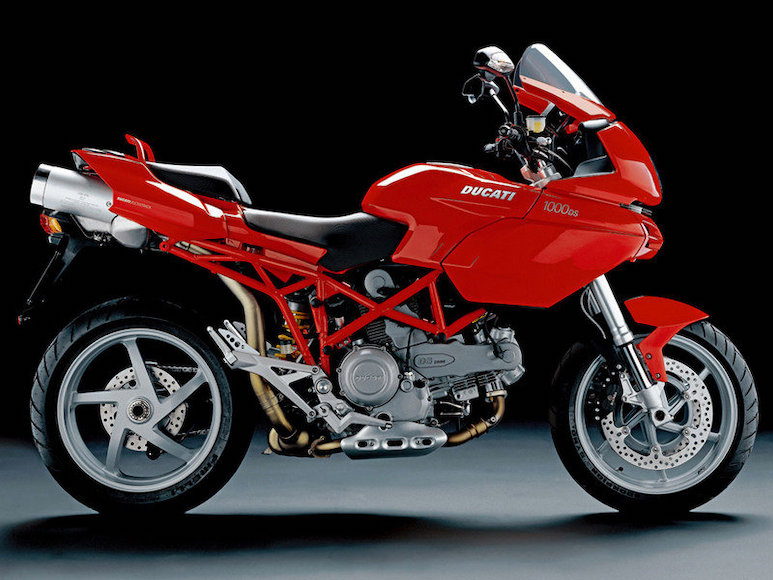 The original Ducati Multistrada 1000DS was launched in 2003 and was a mixture of a sports bike, touring bike and a big trail bike, but it was the slightly odd looks that grabbed most of the attention at the time.

Designed by famous Ducati designer Pierre Terblanche it owed little to any other Ducati (or any other motorbike, to think of it) at the time and the unusual way the top fairing moved with the handlebars was just another oddball cherry on top of an already odd cake.

The actual riding experience was pretty good, albeit a little soft in the handling department, but the bike was let down by a small fuel tank and the correspondingly miserly fuel range which went some way to undermining the touring capability of the machine.

Unlike so many Ducati models, before and since, the Multistrada 1000DS (and there was a smaller 620cc model too) never really lit the fires of passion in the Ducatisti and while it soldiered on until 2008 when it was replaced by the all-new Multistrada 1200, it never really enjoyed much love from the company or gained many sales.

In some regards, that was a shame because fast forward to today’s booming adventure bike market, and the original Multistrada was actually doing a lot right with the combination of fairly sporty handling but combined with a comfortable and elevated riding position.

Ultimately, it was the slightly odd looks and the fact Ducati as a company was undergoing some fundamental changes and upheaval that did for the first version of a bike that is now one of the key pillars of the Ducati model line-up.

It has taken 15 years for German company BMW Motorrad to tread once again on the cruiser path following the painfully unsuccessful journey it underwent with the R1200C.

Later in 2019 we will be seeing the final production version of the R1800 cruiser, which is going to be the first time the German company has even bothered since the R1200C was killed off. It’s taken that long to heal or forget the pain!

That ‘C’ stands for Cruiser and the bike hit a high point of fame thanks to starring in the James Bond movie Tomorrow Never Dies, where it was ridden by a Bond played by Timothy Dalton while the Chinese agent character Wai Lin, played by Michelle Yeoh, sat backwards on the bike as it was involved in a big chase.

At the time the bike was launched, the idea was for BMW to try and grab a slice of the massive American cruiser market that was, at the time, completely dominated by Harley-Davidson.

The biggest issue the bike faced – along with the rather ‘challenging’ styling – was the boxer twin engine the bike was built around.

That boxer engine, by its very design that sees two opposed cylinders poking out one each side, meant the rider’s feet were left with nowhere to comfortably go and the feet-forward riding position so favoured by cruiser riders wasn’t possible.

The ungainly styling endeared the bike to few, American cruiser riders weren’t impressed with ‘just’ 1170cc of engine capacity to compare to huge Harley-Davidsons that regularly topped 1800cc for a bigger is better wallop.

All-in-all, the whole experience was a chastening one for BMW who stayed away from the whole idea until a completely new, much larger motor could be designed to fit the bill.

Aprilia was on a roll back in the early 2000s. It had a pile of cash to spend thanks to rampant sales of 50cc scooters and it had designers and engineers who weren’t afraid to do something a bit different.

The Aprilia RST1000 Futura was an Italian attempt to tackle the all-round talents of the Honda VFR800 and Triumph’s excellent 955cc Sprint ST. And while it was appreciated as a good bike at the time, it was never really valued as highly as it should have been.

The resulting fairly poor sales were unfair and the following devaluing of the bike on the secondhand market has made it a genuine bargain. The fact it only lasted three years between 2000 and 2003 has increased the chances of the Futura being viewed as a potential classic.

At the heart of the bike is the 60 degree V-twin from the Aprilia RSV1000 superbike; albeit in a detuned state more suited to a touring bike than a sportsbike.

Aprilia opted to kill off the Futura after just two years so working examples were rare in the first place; now they are a super-rare sight in fully working order.

Sales during those two years never matched the actual talents of the bike which came with a set of hard panniers as standard, had a decent turn of performance thanks to that 998cc V-twin and was nicely styled.

Despite the rarity of the bike, prices remain low and you can bag a bargain bike in decent condition from as low as £1500. 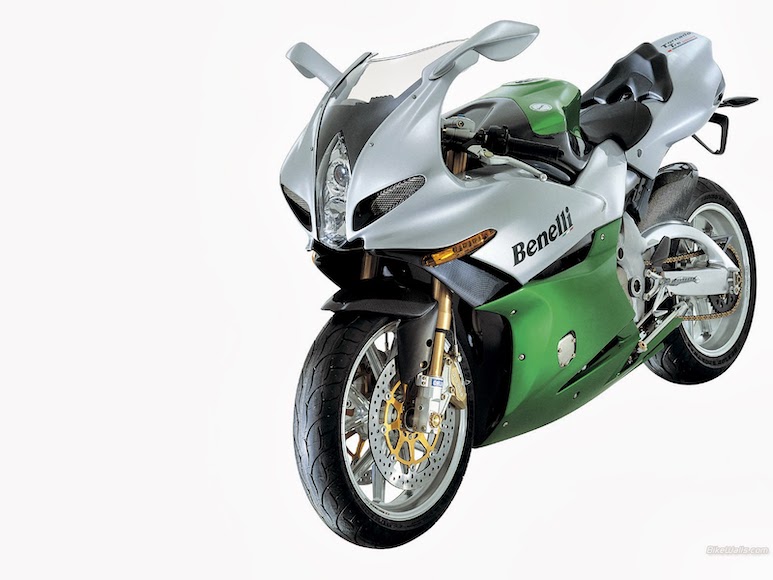 The Benelli Tornado 900 appeared as a road bike two full years after the World superbike team first started to race a full-factory version of the inline three-cylinder bike on the world stage.

Despite being run by the factory, race results were decidedly underwhelming and eventually, after two fairly miserable seasons in WSB, the team folded; just in time for the road bike to appear.

Despite looking a million dollars, the Benelli Tornado 900 never sold well and the reputation of the early bikes was marred by electrical issues, cost and a lack of road bike performance when compared to the much cheaper Japanese sportsbikes of the time.

Despite this, there’s much to like about the Tornado; mainly the styling which was created by British designer Adrian Morton (who now works at MV Agusta as chief designer) and those funky-looking underseat cooling fans. These are a trademark bit of engineering design on the Benelli and work to draw cooling air through the underseat radiators.

The Tornado underwent many changes in the following years and the three-cylinder engine was eventually enlarged all the way out to 1130cc; more for increased torque than power and there are specialists out there who can cure the electrical wobbles to create a much more reliable bike.

With prices still low, the chance to own a beautiful Italian exotic doesn’t get much more accessible. 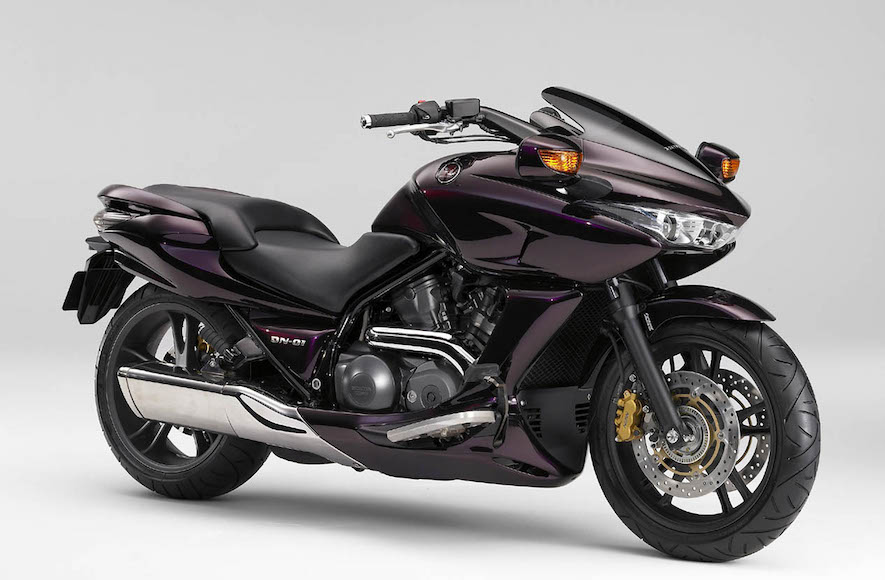 On the face of it, the Honda DN-01 is the answer to a question no one asked before or after this motorcycle (or is it a scooter?) ever asked.

We’re going to call it a motorcycle but it’s actually quite tough to categorise the DN-01 because it owes much to a scooter as well. It’s sort of in the middle of being a cruiser motorcycle and a scooter.

Despite being a huge oddity, super-rare and sold in low numbers, if you actually get the chance to ride a Honda DN-01, make sure to take the opportunity as you will find a scooter/cruiser that’s really easy to ride.

All DN-01s are automatic and now they are on the secondhand market, the original 2008 ludicrously high near £11,000 asking price is much less of an issue. Used examples are around the £4000 mark and considering the 680cc V-twin underneath will remain reliable for many years to come, they can make for an unusual purchase.

That V-twin motor is lifted straight from the ever-dependable Honda Deauville but one big issue with the DN-01 is the hefty 270kg kerb weight which the lowly 45bhp of the engine and automatic gearbox has to fight hard to shift.

While it may look like a scooter, the DN-01 lacks the practicality that makes scooters so good in the first place. There’s no underseat storage and the feet forward riding position is odd on a bike that weighs so much.

The general weirdness of the DN-01 put off buyers in their droves; combined with the comedy original asking price (which Honda then slashed to shift remaining unsold units), catastrophic depreciation and the few numbers sold and finding one is actually surprisingly easy!

Whether the DN-01 is right for you is something you are going to have to work out for yourself!