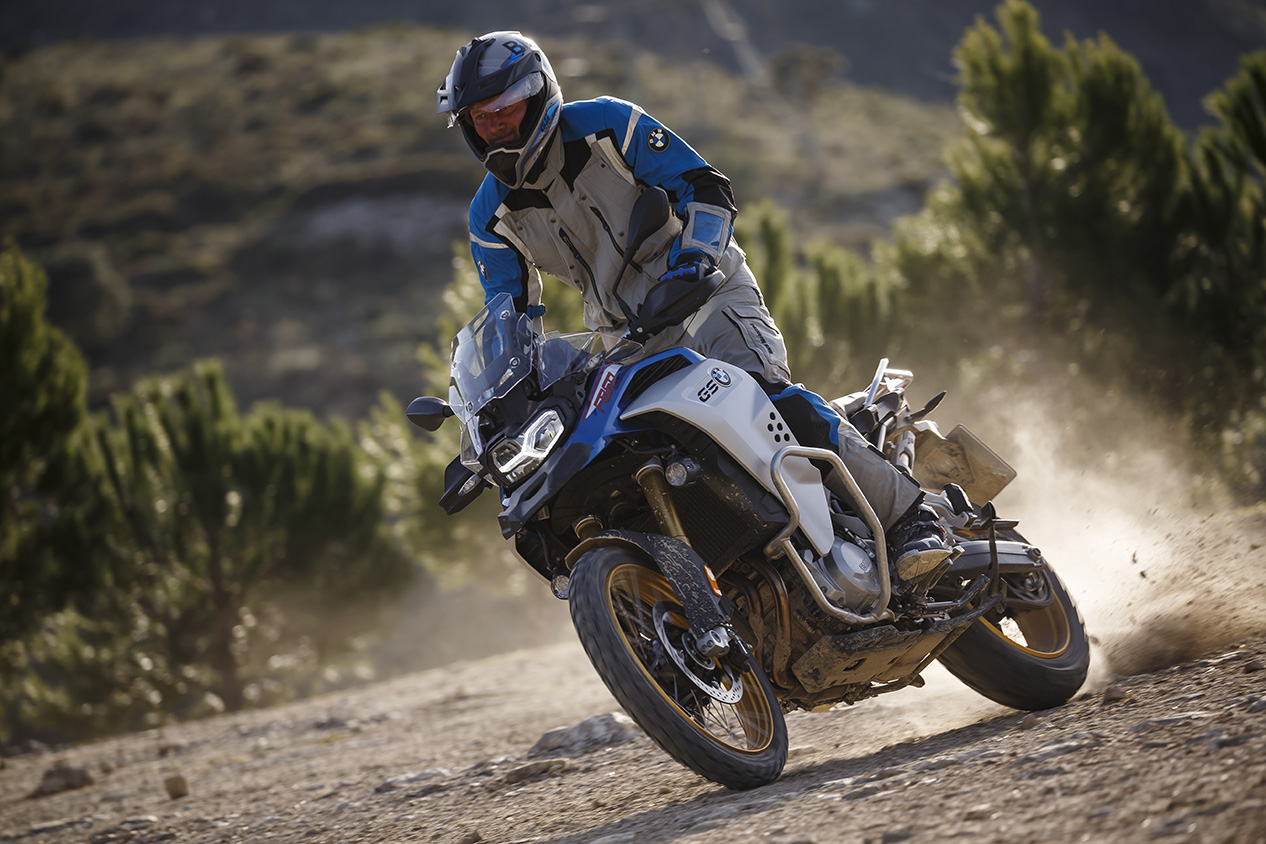 And that’s a shame.

For while the German giant has been profiting from keeping its big boxer ahead of the pack for almost 20 years, it’s less well known that the Bavarian marque has been leading the way with its middleweight version for nearly 10.

And this latest 850 version, complete with extra performance, better gadgets and more versatility than ever – perhaps now even more than the 1250 – is by far its best yet.

The first F800GS arrived in 2008 based on BMW’s parallel twin powerplant. A big (underseat) tanked and longer travel suspension Adventure version arrived in 2013 but although able, it lacked quite the stature and equipment a true adventure bike demanded.

Now, following the standard GS’s growth to F850 form in 2018 there comes this, new adventure version which remedies nearly all of the errors of the old and keeps it fresh in a hotly contested class that includes Triumph’s three-cylinder Tiger 800, KTM’s hardcore 790 Adventure and Honda’s CRF1000L Africa Twin.

Like the stock GS, the 850GSA’s motor is bored and stroked to take capacity to 853cc and boost peak power to a (middleweight) class-leading 95bhp. At the same time, a revised crank and firing order help also boost midrange to deliver more off the throttle flexibility, too.

So far, so predictable. But the real step up with this new ‘junior adventure’ is not just its improved ability and refinement – that much is to be expected – but it’s improved equipment and accessories options, the type of which no true adventure bike rider can do without.

There are currently two versions of the 850GSA: the ‘base’ GS Adventure and the GS Adventure Sport – but even the base version comes with enough goodies to make a run-of-the-fill 1250GS owner green with envy.

The more sporty Adventure Sport version, meanwhile, gets extra lights, quickshifter, Dynamic Traction Control and more. While on top of all that, BMW ‘must-haves’ such as ESA electronic suspension adjustment, heated grips and hard luggage (and more) are all available as extra cost accessories.

Add all that onto the punchier, more aggressive, sharper way the base bike rides thanks to its extra power and sportier chassis; the simple fact that, with less bulk and girth compared to the 1250, the 850’s a far, far easier bike to just get on and ride, and the undeniable truth that for many riders the new 850 is also a far more manageable and versatile machine off-road as well, and it’s enough to make you start wondering if you wouldn’t be better off with the 850 instead.

And in most respects you would be. But there are still two little niggles: one, improved though it is, the new 850GSA still hasn’t got quite the style and stature of its bigger brother. And, two, by signing up for all those equipment options you end up with a bike which, although brilliant, now costs almost as much as its bigger brother. And that’s a problem.

But it’s a nice problem to have.

Looking to insure your new BMW F850GSA? Carole Nash offers a range of insurance policies that are sure to meet your needs; get your BMW motorbike insurance through us today.