There’s no denying that GASGAS just keeps going from strength to strength. Their acquisition by the Pierer Mobility Group has given the Spanish brand a much needed injection of cash, tech and of course existing machinery platforms, to make a hefty impact in the off-road world. But with their latest release of the ES 700 and SM 700? Well now they’re also making their mark on road too.

Let’s get straight to the elephant in the room – the ES 700 is essentially the same beast as KTM’s 690 Enduro R, albeit in a slightly different, red frock. Although I would’ve loved a bit more differentiation between the two (some different wheels, different dash, different anything really) it’s not particularly a bad thing; the tried and tested design offers up a thumping single cylinder motor, that delivers 74bhp and 73.5Nm of torque, with a 13.5 litre fuel tank. Now those are numbers high enough to do some actual mileage on the road, and with two rider modes, fully adjustable WP long-travel suspension, Brembo brakes, lean-angle sensitive and fully switchable traction control and ABS and even a quickshifter and autoblipper, there is far more bike than just a regular, one-trick pony enduro machine, while still weighing in at under 150kg (dry). Chuck in the fact that not only does it come in under the £10k mark, at £9,349, but it also has a whopping 10,000km service interval schedule, and it really does beg the question… is this the perfect mixture of adventure and enduro, for the rider who doesn’t want to cover hundreds of miles every day? 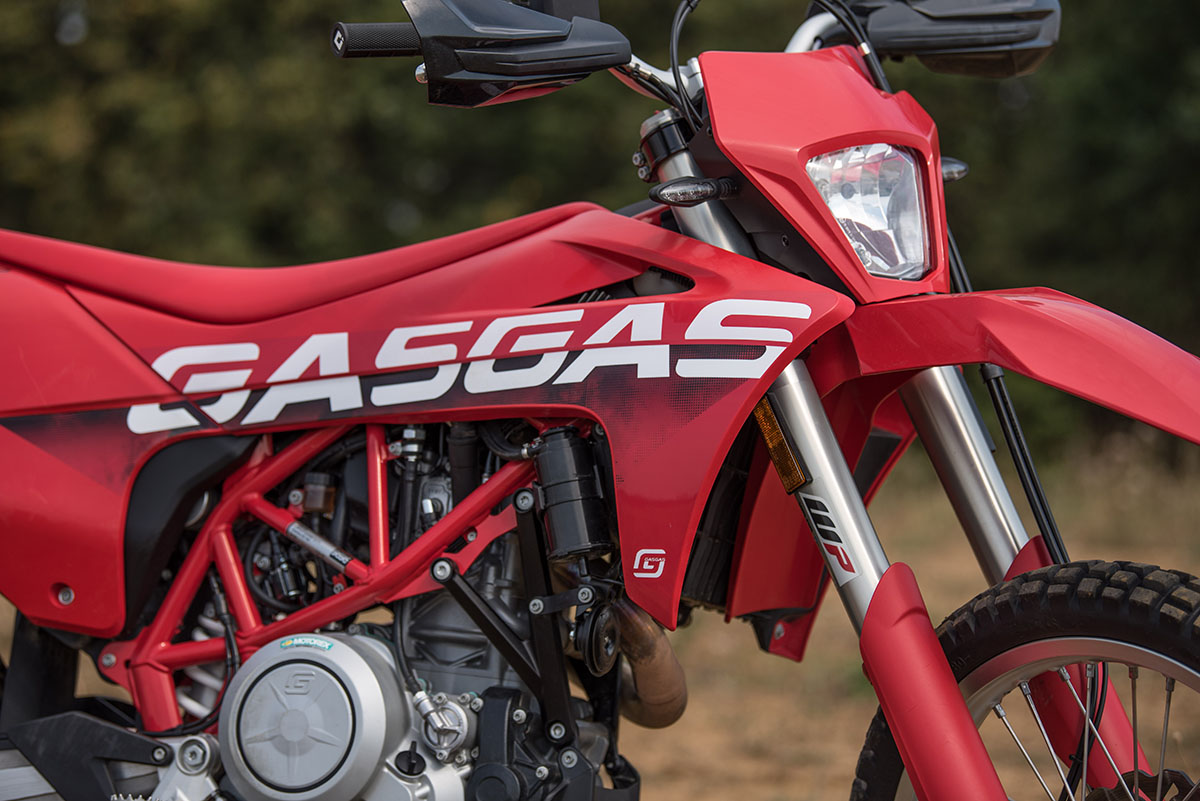 Starting on a tight and twisty off-road loop, it’s fair to say that I was excited to see what the ES 700 could do. I mean, it looks neat, like a proper enduro bike but with just a bit of added chunk to it, but I was worried it might be a bit docile and lazy, compared to a full-blown enduro machine. With two riding modes on offer, I stuck it in off-road and switched TC off before shooting on to the trail. Initially, it feels just like an ever so slightly bloated enduro machine; the long travel suspension doesn’t feel too saggy or too stiff and it feels high enough and capable enough to tackle some more hardcore off-roading. What does feel different though is the engine; that thumpy, single cylinder motor offers up an incredible amount of power off-road, yet thanks to the chassis, tyres and with a little bet help from the dry ground, it hooked up absolutely effortlessly, with the quickshifter working reasonably nicely as long as the gearshifts were positive. With that power on offer, the ES 700 would be far better suited to big, open lanes and fast stretches, but with a really soft clutch and a shed load of torque available from right at the very bottom of the rev range, it also manages a level of finesse that an adventure bike could only dream of. At single digit speeds and through tight, one line trails you can really feel that enduro DNA and, even moving it about at close to a standstill pace, it doesn’t feel heavy, or out of place. In fact, the balance of weight is incredible, and even if you do have a little whoopsie, it holds together nicely and is a doddle to pick up. Trust me, I know! 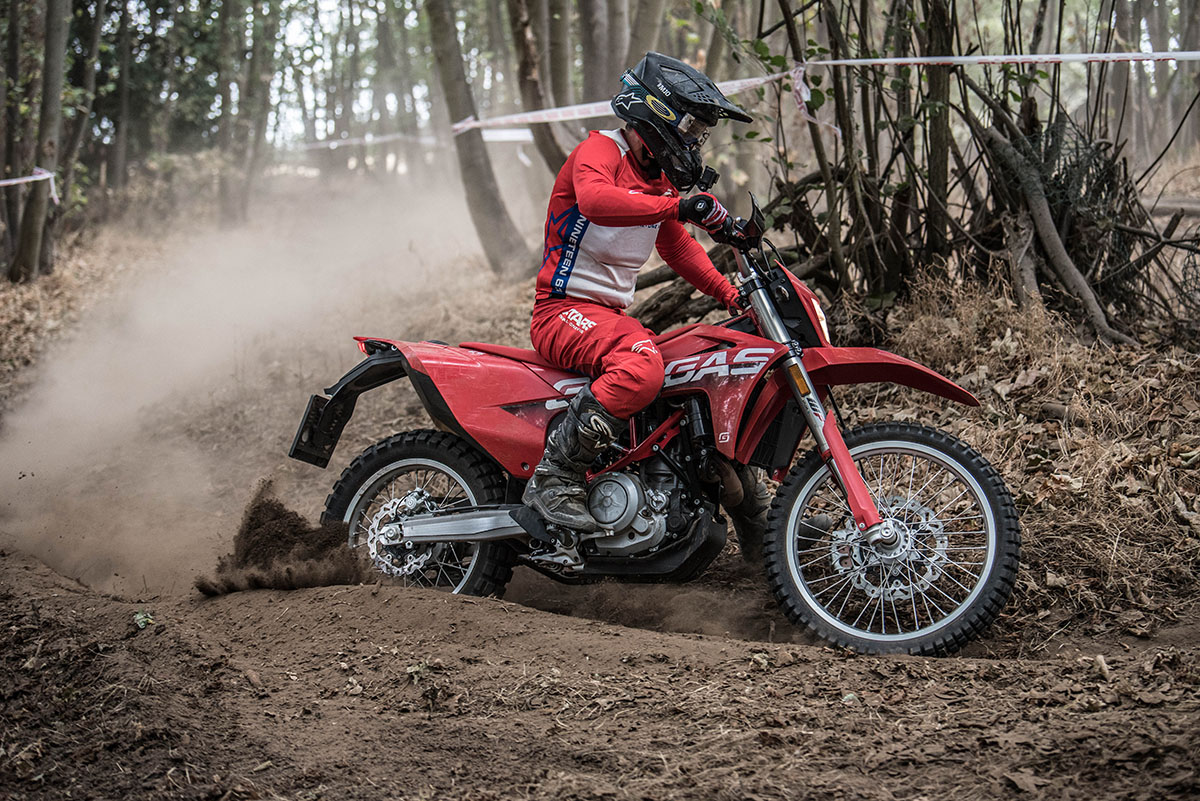 But the thing that impressed me most about the ES 700 was not just how good it was off-road, but how impressive it was on it. I love (almost) everything about enduro and green laning, but riding proper enduro machines on the tarmac between off-road stretches is not enjoyable at all and is a real chore, thanks mainly to the buzzy motors. But being based on the road-going SM 700 supermoto machine, the ES feels at home on the tarmac too; it’s not completely uncomfortable, the chassis and suspension isn’t insanely soft, the engine is smooth and will happily sit at 60mph. It even has a reasonably sized fuel tank as well. Sure, there’s no wind protection or cruise control but I’d quite happily ride for a few hours on the road, if it meant a day of purely epic trails. I’d never dream of doing that on an enduro machine, and to be honest? On an adventure bike, of course, I would be comfier, but I wouldn’t have the confidence to have the off-roading fun that would make the most of the day. As a machine that blurs the lines between the two, it blew me away with just how good it is at both.

There are a few things that annoy me though. One of those is the dash, which looks like it’s been lifted from a 1970s Casio watch. Another is the switchgear and the TC and ABS buttons, which come straight from the off-road range. I would’ve loved something even slightly more premium for both, and I know it makes me sound old, but a little bit of a screen too. But aside from that? Wow, it’s a cracking bit of kit! 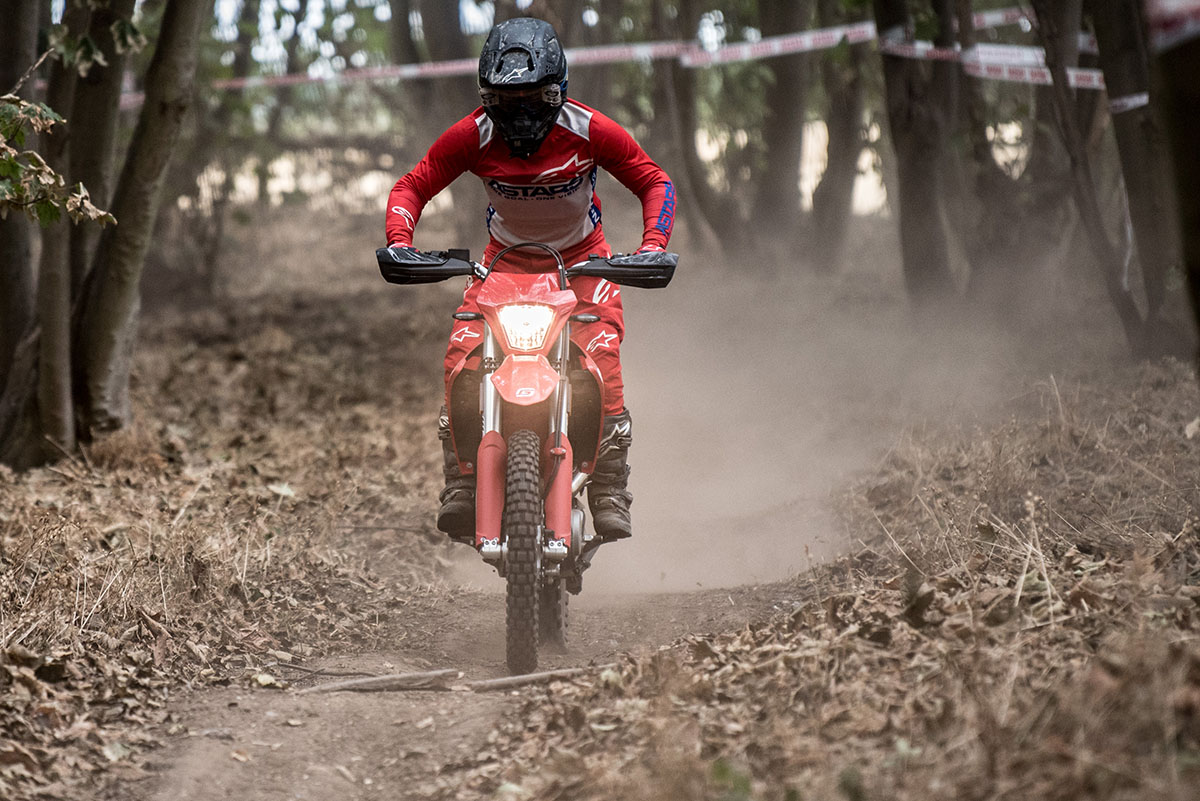 The ES 700 is one of the most understated bikes on sale today – I can’t understand why they don’t sell more of these (and KTM’s 690 Enduro R), and why any other manufacturers haven’t moved into this space as well. I mean, it’s smack bang in the middle of adventure and enduro; capable enough off-road, while being competent enough on it. For most enduro riders and green laners, it will open up a whole new world as you can travel more than just a few miles on tarmac to get to new and exciting lanes, and for adventure bike riders, it would give you more confidence to tackle terrain that you never thought would be possible… and all for under £10,000, with long service intervals too. It’s not perfect, but I love it…