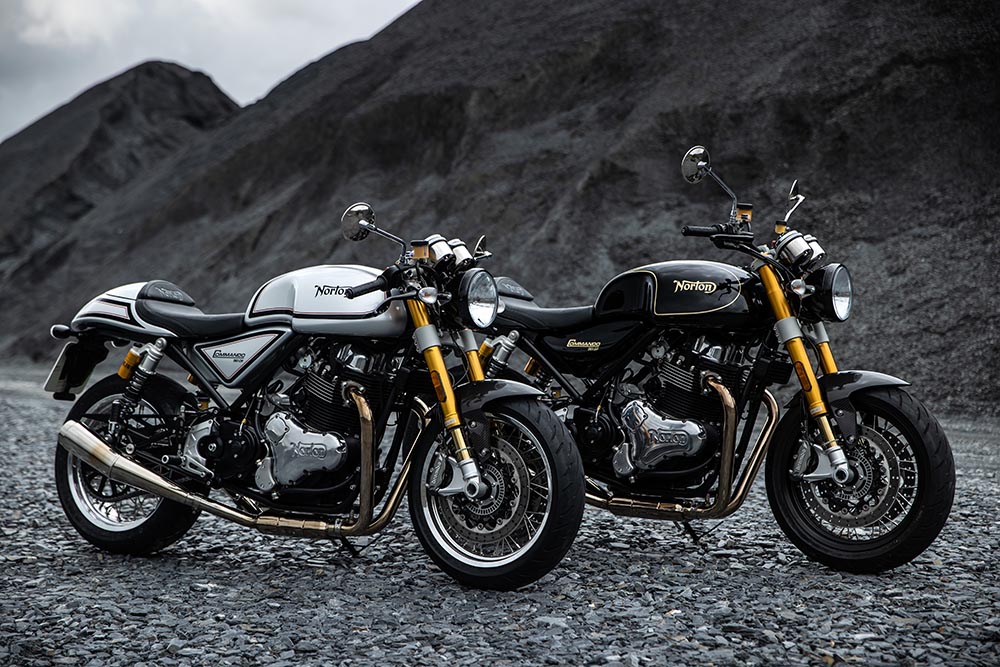 Ah, Norton Motorcycles. For some people those words alone will do nothing but bring back nightmares, while for others it’s a symbol of not just nostalgia, but pure, British-built brilliance. And in a lot of senses, both of those sentiments are all in the past, as the latest era of Norton Motorcycles begins not just with their expanding range of V4s, but of course with the ‘rebirth’ of some more classic machinery too.

Unless you’ve been living under a rock you’ll know that this is possible due to the acquisition by Indian organisation TVS in 2020, which in turn has injected the new age of Norton with a shed-load of money, a state-of-the-art facility in Solihull, a whole host of new staff and now with this: the very latest iteration of the Norton Commando 961.

Before we get started on the bike, we must address the elephant in the room. Under its previous ownership, Norton was never far from controversy and suffered horrendous quality issues. What’s improved with this latest page in the Norton story? The answer is pretty much everything; they’ve employed a whole host of new staff from Triumph, KTM, Royal Enfield and others, and in the past few years have devised their own tests in order to give their machinery a proper standard to live up to.

For example, they’ve built a whole host of special testing devices that work alongside a regular mileage endurance programme, such as a working rig, and where they say the previous generation of Commando would last for just 150 minutes under harsh conditions, the latest models are now lasting over 80 hours.

This is because the team at Norton have had to change a massive 350 parts (that’s 36% ) compared to the previous model, to bring it in line with their new quality control standards, which has led to everything from a re-engineered valve train to a new fuel tank and even big alterations within the frame itself.

Yet even with all of these changes, Norton were keen to hammer home the fact that they’ve tried to keep the Commando 961 true to itself. For starters, due to the fact that they’re sold in Britain with Individual Vehicle Approval, the 961 isn’t Euro5 compliant, meaning that the air and oil-cooled 961cc engine truly is one of the last of a dying breed, with no big radiator, no fancy tech and no gimmicks – just a big, five-speed parallel twin that pumps out 76.8bhp @ 7250rpm, along with 81Nm torque @ 6300rpm

There are no electronic aids besides a basic ABS system, no rider modes and no messing about; but on the flipside what you do get is fully adjustable Öhlins at the front and rear, radial mounted Brembo brakes, Dunlop rubber and a hand-crafted frame and exhaust system. Nice. 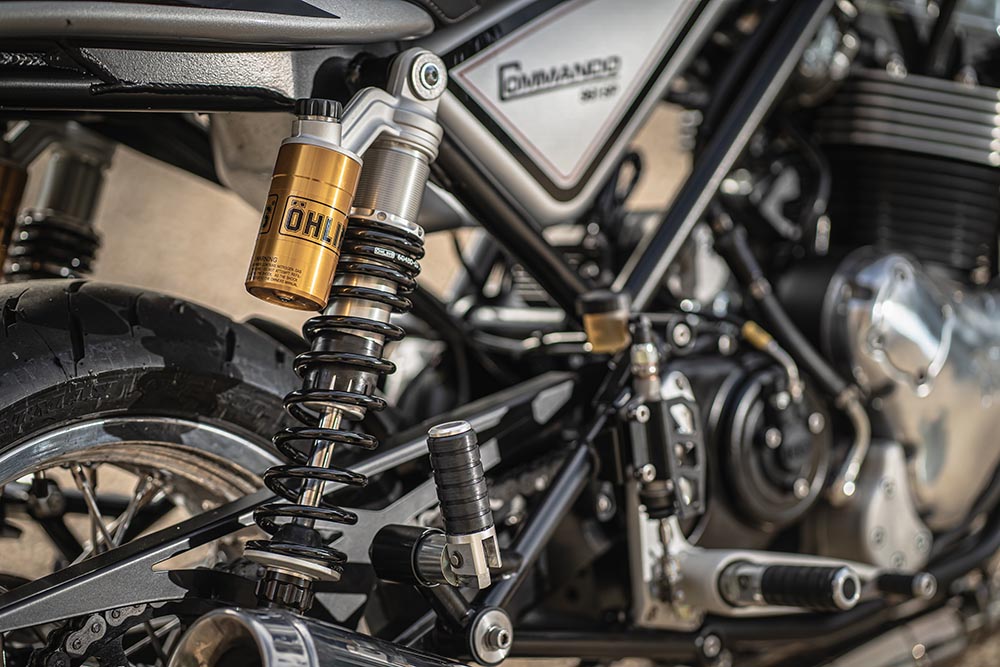 With a wet weight of about 230kg it’s got a big presence, but in the metal it is a beautiful looking machine, with those smooth lines and it’s sheer bareness oozing out the very essence of retro. Norton have tweaked a few bits for this generation including the tank and seat and it really does look the part, with quality paint finish and stunning welding completing the look. Saying that though, there’s a few bits that don’t quite match up with the £16,499 (or £16,999 for the Café Racer) price tag.

For example, the analogue clocks are nice in presentation but they’re still very bare, the switchgears do look a bit cheap and the swingarm isn’t exactly what I’d class as premium. Saying that though, it fits in with the Commando’s design brief and jumping on it does feel like a time machine; there’s no excess in terms of tech, and firing up that parallel twin is a laborious affair in the best kind of throaty way, as it bursts into life but only with some assistance from the throttle. 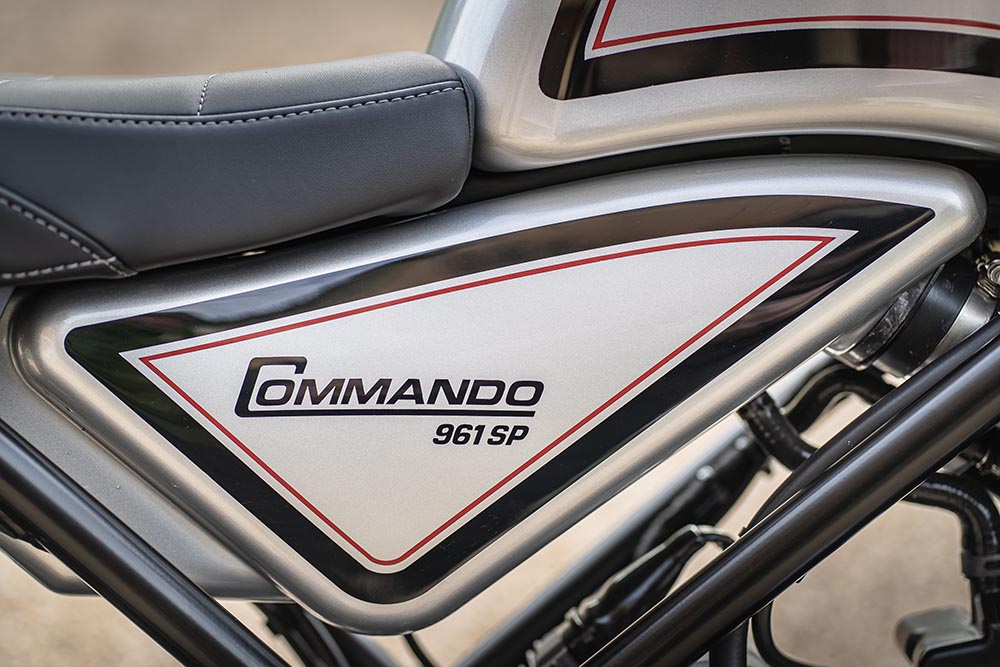 Starting on the SP, with the higher handlebars, I instantly felt comfortably, with a really nice and relaxed riding position that feels very natural, while still remaining suitably engaging. The clutch, although not the lightest lever in the business, works a treat and even though it’s a big twin, it’s smooth enough at the bottom end once everything has warmed up.

One thing that really impressed me about the Commando was not just how gorgeous it sounded when it was singing (thanks to not being Euro5, it has a real growl to it), but how the torque absolutely pulls from incredibly low down.

As soon as you twist the throttle it pulls all the way through to the fairly low, but expected, redline. It’s a really nice engine in terms of performance which is really only let down by the gearbox, as internally it just doesn’t feel the slickest system when going through the gears, especially between first and second, as well as getting into neutral. On the subject of which, I would’ve loved a sixth gear, as cruising along close to the 70mph mark as things do get a bit buzzy.

As far as the handling goes, the Commando 961 is happiest when bumbling about at cruising speeds and taking it easy through the corners. Although it comes equipped with some gold-laden, fully adjustable Öhlins on the front and rear and some big Brembos, the Commando is not the most responsive or sprightly machine when it comes to cornering, but in turn it actually makes for a really nice relaxing and predictable ride, and what it looks in agility it makes up for in stability.

Saying that though, it’s worth noting that the CR machine, with the lower profile clip-on ‘bars, offers a bit more in terms of a dynamic riding experience, but in return for that you will suffer in terms of comfort; I found that a 25 minute ride was all that I could enjoy on the Café Racer due to how much weight was on my wrists and just how aggressive it felt – and I’m fairly young and supple.

It may look cooler, but if you’re looking to do any reasonably long rides or have any sort of back issues, I’d highly recommend having a proper sit on one before you part with your cash. 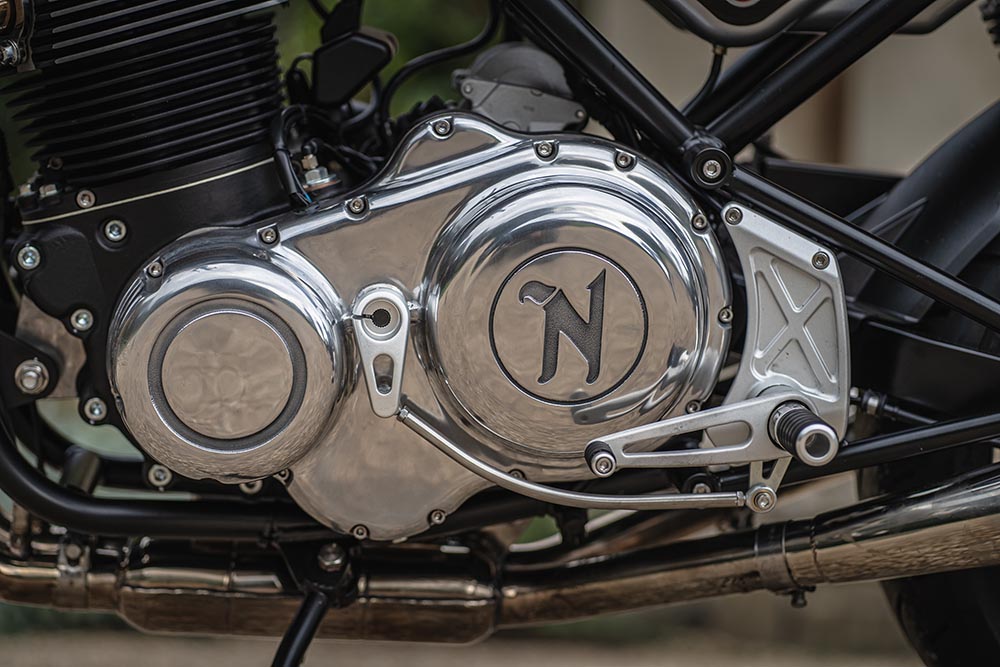 And on the subject of parting with your cash, considering the asking price there’s a few parts on the Commando 961 that I would’ve liked to have seen an improvement on. For starters, the switchgear looks fairly budget and although I get why they’ve gone down the direction of analogue clock and retro tacho, I would’ve liked something smarter.

In terms of the riding, I would’ve liked a bit more in terms of steering lock as slow speed manoeuvrability isn’t exactly it’s forte, and I would’ve liked a better foot peg design, as it’s easy to catch them and flick them up, and then when you go to find them they aren’t where you’d expect them to be because they don’t return to their natural position.

But saying that, the new Commando 961 isn’t a bike made to be the latest and greatest in terms of tech, performance of usability, it’s made to be an icon – and compared to its predecessor, it’s a far better machine, and a really positive sign for the future of Norton.

After a day of riding the two Commando 961s, I did leave with a big smile on my face. They bring a rawness to motorcycling that the current crop of Euro5 regulations have driven a coach and horses through, with a big, burbling twin, a distinct lack of tech and a soundtrack that will make pretty much every current bike on sale incredibly jealous.

But then again they aren’t cheap, nor are they practical; although far better than the previous generation in pretty much every way, it’s a bike that you’d have to buy for the experience and ownership, rather than on its riding ability. If you’re in the market for a truly retro modern and don’t mind spending a big chunk of money, the Commando 961 is one of the last, true raw machines money can buy.