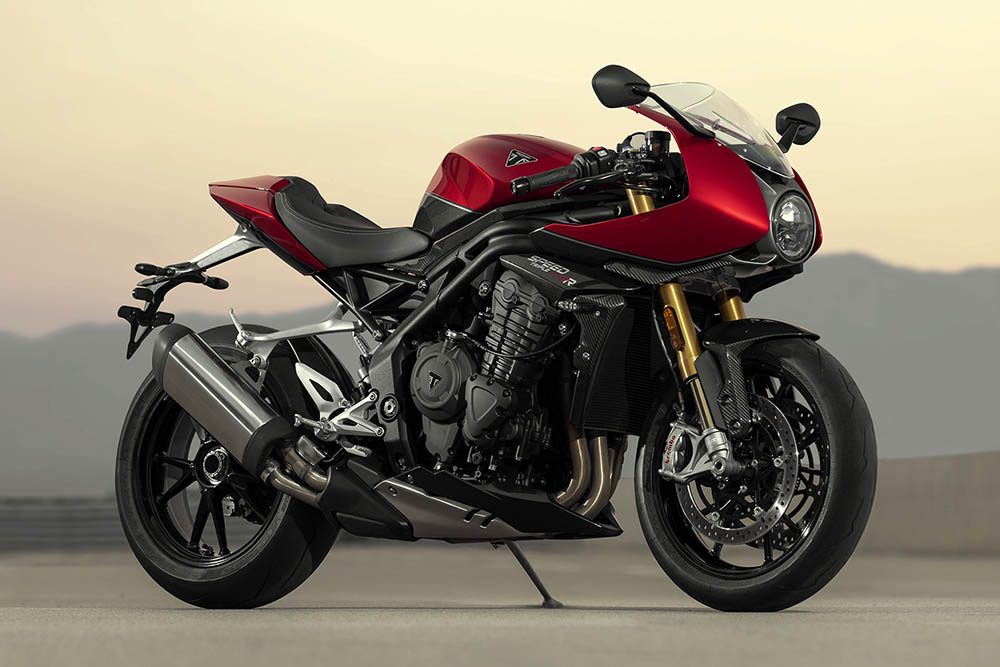 It feels like I’ve waited a lifetime for a new, faired sportsbike from Triumph. The Daytona 675 disappeared a few years ago and while I know that we had a little tickle from their limited edition Moto2 765cc machine, we can but imagine a big capacity, modern Daytona? Cor, it still gets me excited thinking about it to this day. So after years of journalists, fans and the general public alike pestering for a new sportsbike from the British marque, they finally released one - the Speed Triple RR. Okay, so it’s not a fully faired Daytona, but it is something slightly different; a Speed Triple with a retro frock, injected with some sporty performance. So, is it the ultimate sportsbike for the road as Triumph claims, and is it worth the whopping price tag, that's just £50 shy of eighteen grand? 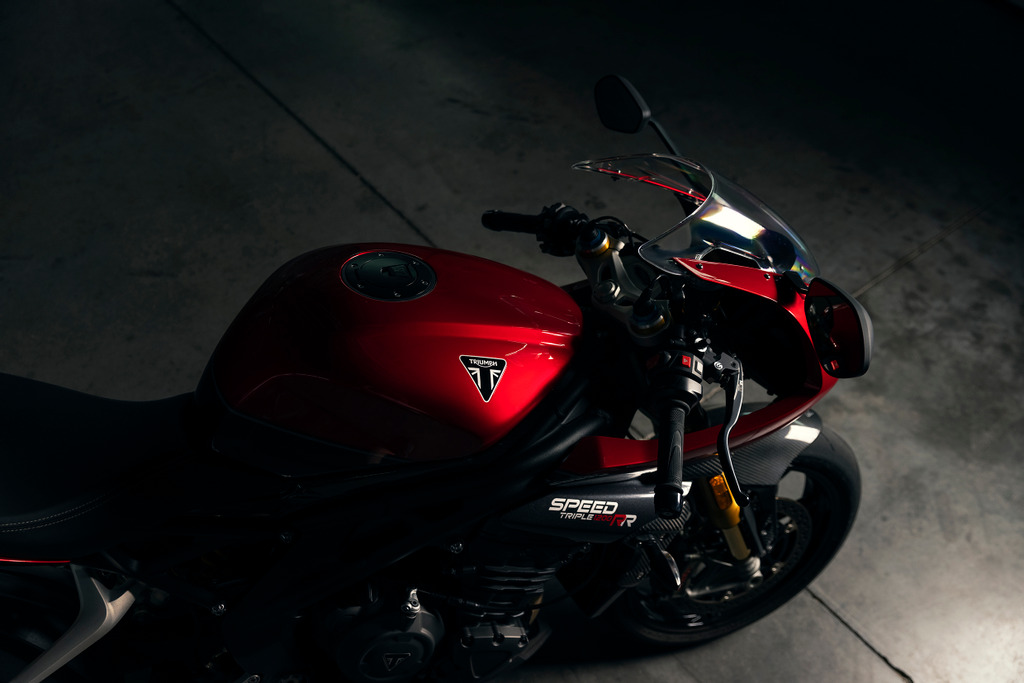 Firstly, let's start what the RR is at heart, and what the £17,950 (or £18,250 for the red colour scheme tested here) gets you. As you can imagine, it uses the latest generation of Speed Triple as a base, meaning you get that newly updated 1160cc triple motor which pumps out just shy of 180bhp, with 125Nm of torque. It’s then stuck in their aluminium twin-spar frame, which is completed with a full host of electronics that cover everything from riding aids and riding modes, to a quickshifter - exactly as you'd find the naked, RS model. Unlike the RS however, there are quite a few changes to make the RR its own model. For starters, Triumph have given it the Gucci suspension treatment with some high-spec Öhlins S-EC 2.0 semi-active suspension, which should make a big improvement considering how rigid and stiff the RS felt on conventional units. The RR has then swapped the big, wide super-naked style ‘bars for a set of clips-ons, which are not only lower and further forward, but also combine with footpegs that are higher too, creating a much more aggressive riding position. 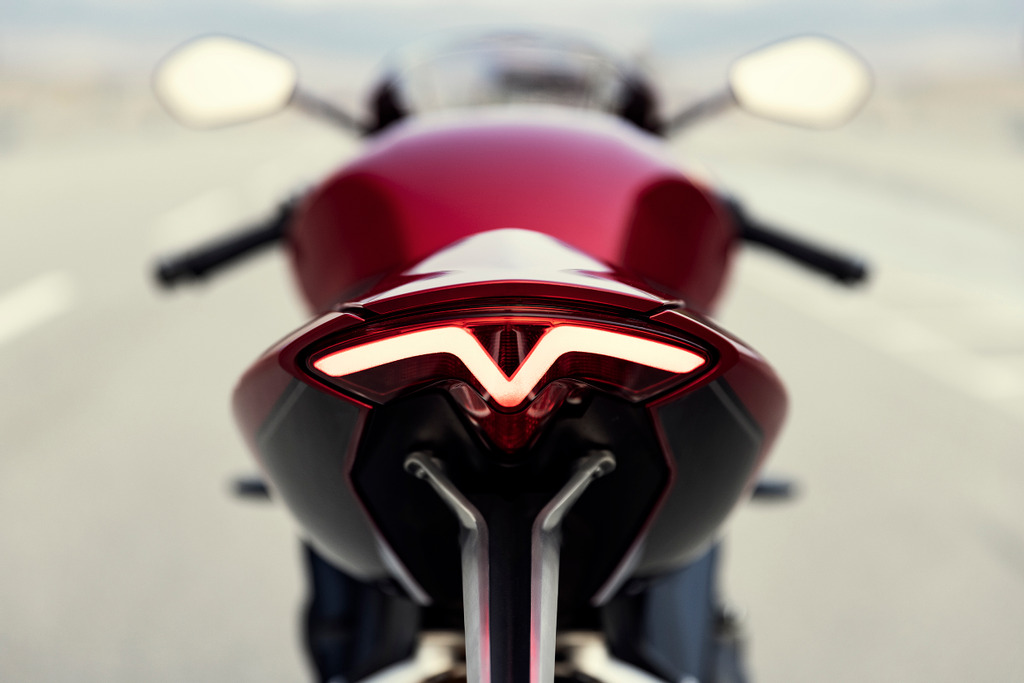 And I've got to say, no matter how much I’ve tried I'm just not a big fan of the looks. I find that some retro stuff can be a bit marmite and sometimes for me less is more, but the big, round headlight and smooth lines of the fairing just doesn’t quite hit the spot for me - although I can definitely appreciate why people would catch a liking to it. On the plus side, the finish is absolutely stunning throughout the RR. Triumph have really put the effort into making everything look clean, from those gorgeous, spoked wheels to little details like making sure the view down into the cockpit is clutter free and completed with some nice carbon-style detailing too. 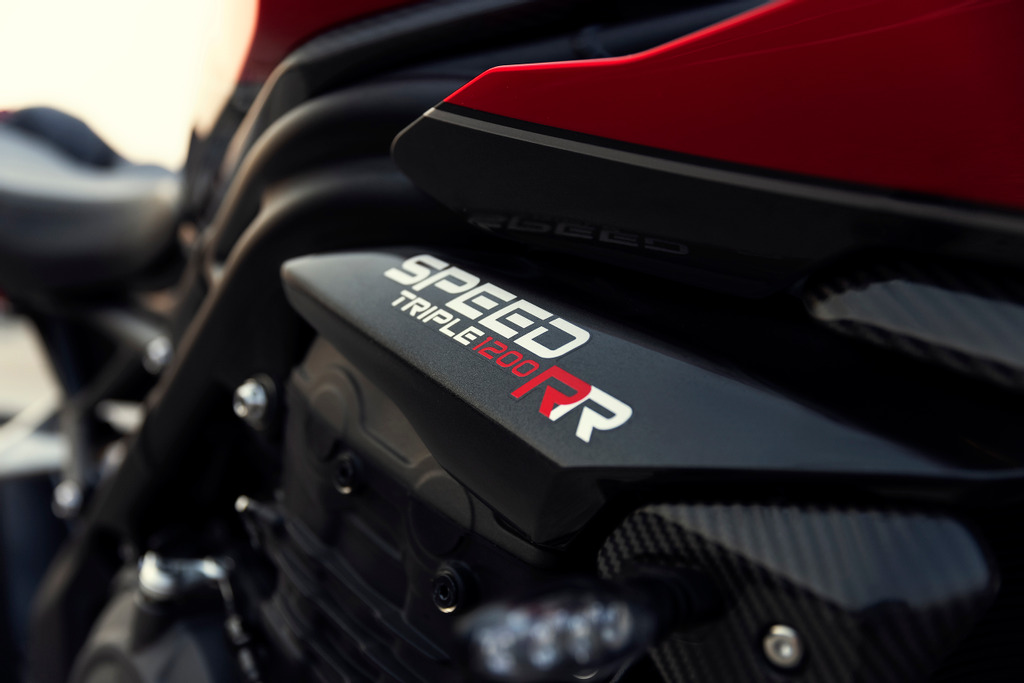 It's not often that I’m still unsure where a bike sits in terms of not just its target audience, but also in its own sector – and jumping on the Speed Triple RR, I still couldn’t quite understand what its purpose was, as I got to grips with its sporty/aggressive riding position. Overall, I ended up riding hundreds of miles on the RR and it's not the most comfortable machine on this planet - in fact, quite the opposite. Not only are the bars lower and further forward by quite some margin but the pegs are also higher and further back, which made the riding position way more aggressive than I was expecting. What made it slightly worse was that with that big tank and the flat seat, it was quite a reach to handlebars for me at my (short) height and meant that I had to lean further forward than I’d like, with even more weight on my wrists. I think it would actually suit someone taller a little more, which I wasn’t expecting. Oh, and if you do want to ride this with a set of leathers, good luck trying to find somewhere to stick the remote control ‘key’; it’s quite bulky, and with airbag suits these days there’s no scope for a pocket. I do have to say though, that the dash is really nice to use, and really intuitive to change settings, riding modes and everything in between.

As far as the ride goes, I much prefer the semi-active suspension on the RR to the manual set-up on the RS, as it feels that little bit calmer and more responsive on the roads after a bit of adjustment through the dash. The brakes work as well as you'd expect on the roads as well, being a premium bit of kit from Brembo. Saying that though, it’s not the sharpest tool in the shed; even though the wheelbase is in the right ballpark, it doesn’t feel light on its feet in terms of its steering, it does have quite a bit of stability, both into a corner and mid-corner. It’s a step up from the RR, but it doesn’t quite have the really sharp handling attributes that you’d expect from a sportsbike, or even a high-level supernaked. 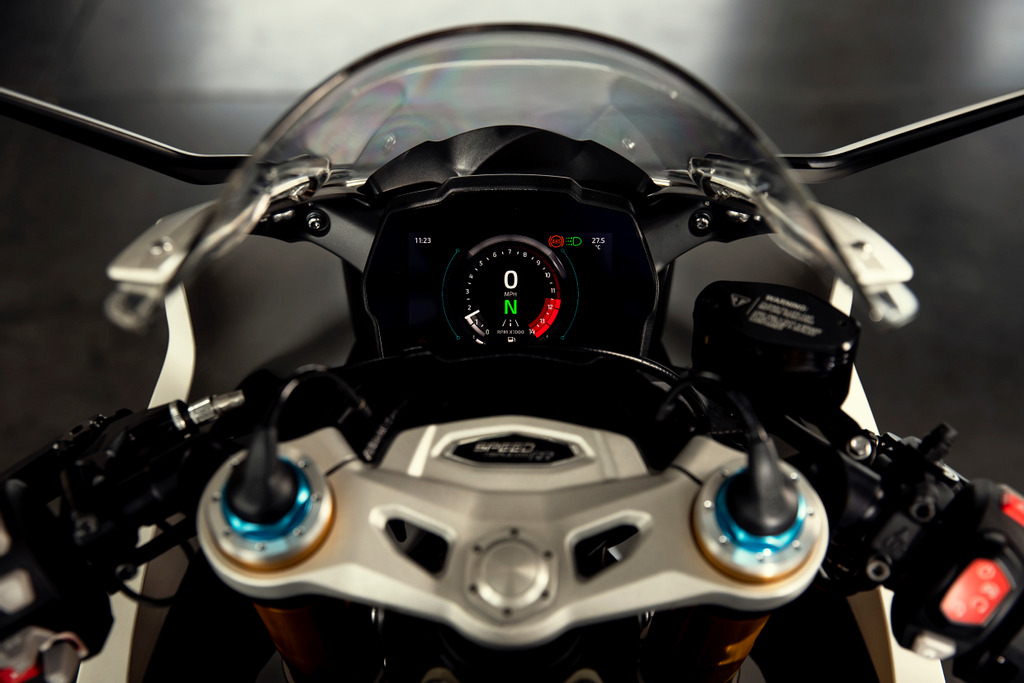 Much like in the RS, the Speed Triple’s motor is a step up from what came before, offering a strong top end and a beautiful soundtrack. I think it works nicely in a naked machine that isn’t trying to be a hypernaked, but it doesn’t quite pack that superbike punch that I’d like from a big, aggressively set-up 1200cc engine; it’s docile and almost a bit lacking down low, although it’s smooth up the rev range and does sing nicely. It sounds harsh, but it just doesn’t have the zest that the V4s offer, nor the linear bulge of power that some of the bigger, inline-fours offer, especially looking at pure, litre sportsbikes. I know what you’re thinking now - it’s almost unfair to compare this against a full-blooded litre machine, isn’t it? Well no, not at all. Triumph are convinced that it’s the ultimate sportsbike for the road, and it comes in more expensive then Suzuki’s GSX-R1000 and BMW’s S 1000 RR – two machines which are more traditional superbikes and which are just as comfortable (in fact, I’d say both are comfier), more capable, and dare I say more exciting. 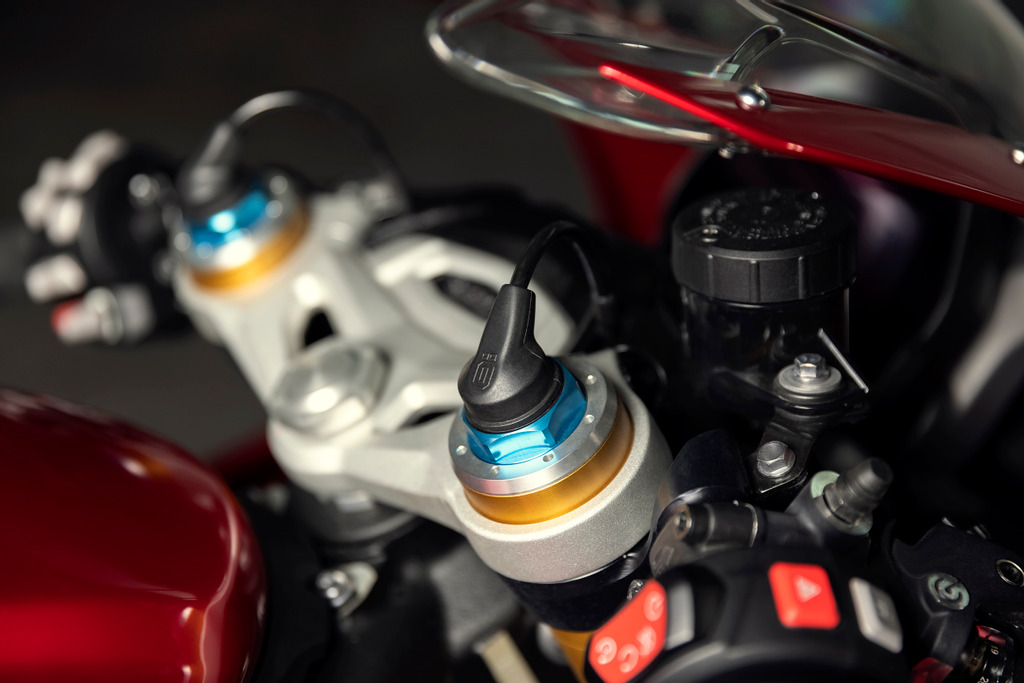 I was a bit confused when Triumph released their Speed Triple 1200 RR to the world last year. Would it really be the ‘ultimate sportsbike for the road’? Will it be more comfortable than it looks? Will I grow to love that retro appearance? Is it worth the money? After a few weeks and hundreds of miles on one, I have to say that answer is a no to all of the above – for me at least. I see what Triumph have done; they’ve seen a gap in the market for a retro sportsbike with modern performance and taken aim, but for the price it just doesn’t live up to the hype. In my eyes, I’d rather have seen a Street Triple edition, with that 765cc motor, a much smaller price tag and a kinder, less focussed package. Your move, Triumph!