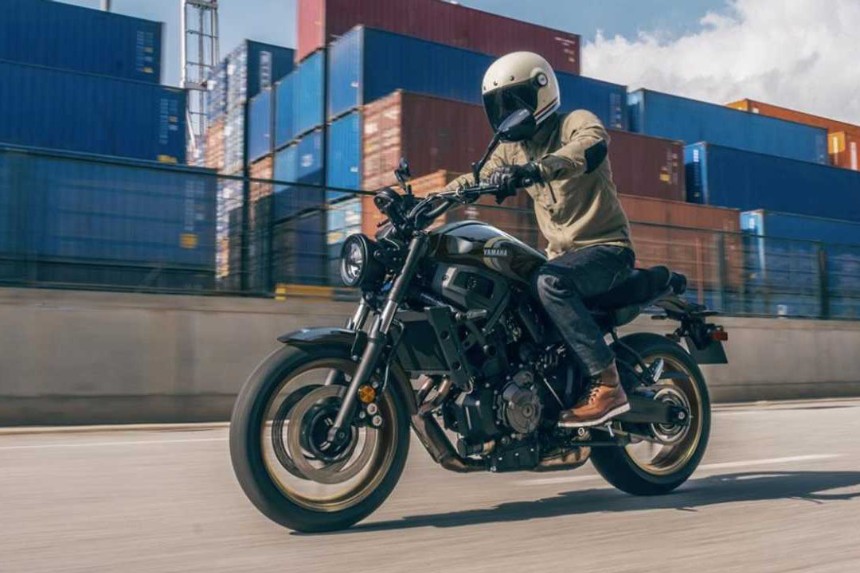 A new category of motorcycle has emerged in recent years. Simple middleweights, dressed up with more traditional styling, have proved popular with riders looking for an alternative to the aggressively designed nakeds.

Unlike full-on retros, which fully embrace the classic motorbike style and riding sensations through their engineering, these machines are typically taking 1970s styling cues and adding them to a thoroughly modern package.

Kawasaki’s new Z650RS is the latest such model to fight for our affections, and with a number of other models also getting updates for 2022, we thought it would be a good time to visit this increasingly popular class. 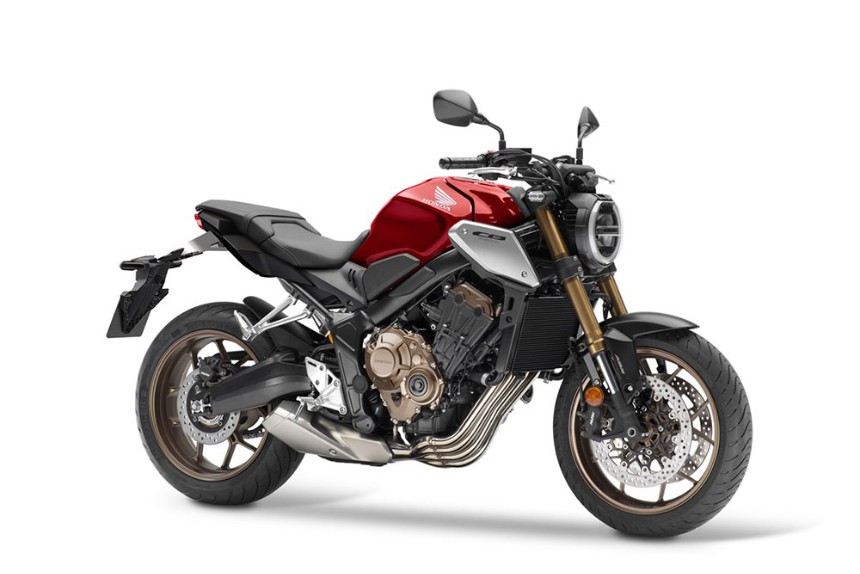 Honda dub their CB-R range of roadsters ‘Neo Sports Café’ and while it might be easy to dismiss that a dollop of marketing guff, it does distil the essence of what they are: thoroughly modern nakeds combining styling cues from the old and the new.

The four-cylinder CB650R has never really been a pure retro, although Honda insists that it channels ‘retro minimalism’ to the middleweight class, with a touch of café racer thrown in.

It’s a thoroughly modern machine, arguably the most modern here, in terms of technology and great value for money. The 94bhp motor offers a good step up in performance over the twins offered by Japanese rivals, and at £7399 it’s cheaper than the Z650RS and XSR700 too.

The brushed metal finishes look classy and there’s plenty of spec, including a large and easy to read LCD dashboard. It’s a lot of bike for the money and one of the most overlooked machines on the market today, which is a great shame. 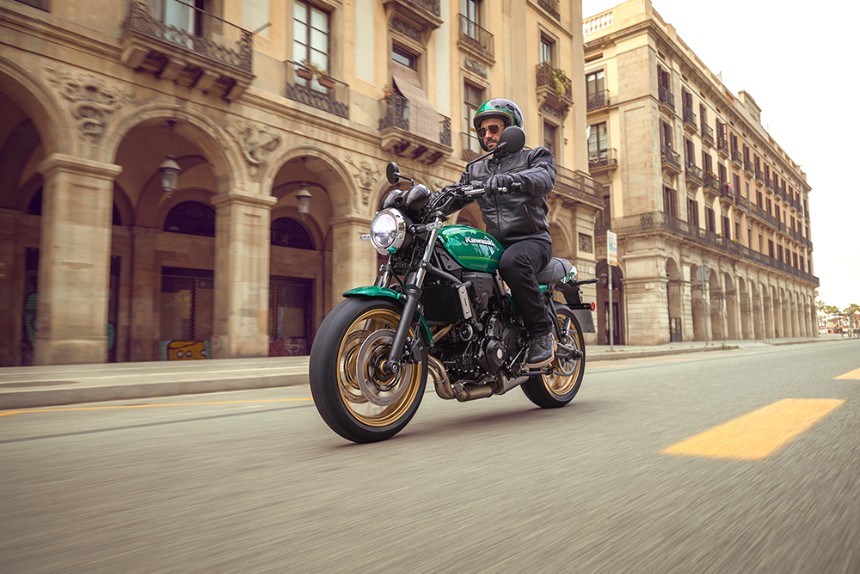 New for 2022 is Kawasaki’s Z650RS. It’s based around the standard Z650, but replaces the angular bodywork with some swoopy lines inspired by 1970s Zeds and the hugely successful four-cylinder Z900RS.

That ‘duck bill’ rear seat unit, retro tank, headlight and green paint scream 1970s, while the gold wheels appear to be all the rage with today’s modern classics.

The Z650RS rides exactly as you’d expect it too but, if anything, the torquey parallel twin motor feels more at home here than it does in the standard Z650 and Ninja 650 sportsbike. 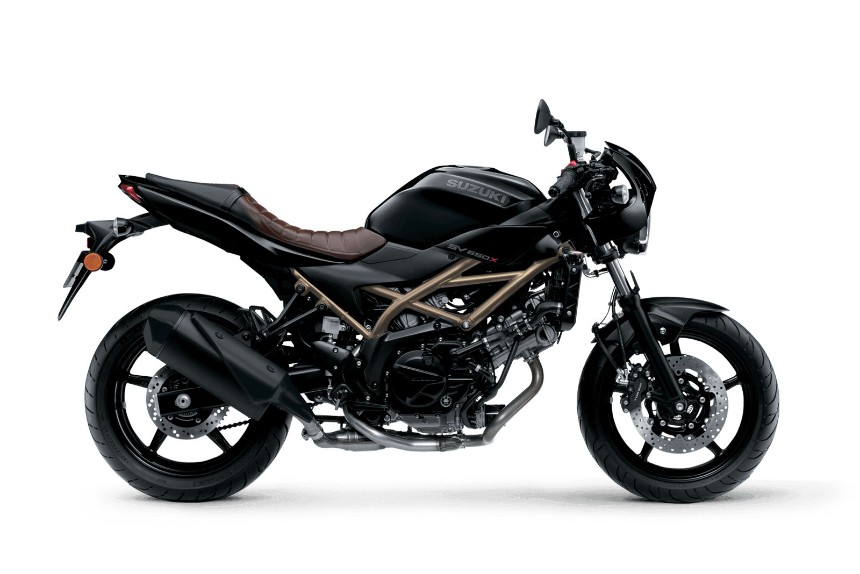 One of the forgotten models on sale today, the Suzuki SV650X is a dressed up version of the evergreen SV650.

The main differences between the X and the standard SV are the adoption of clip-on handlebars, a neat bikini fairing and a smart stitched saddle with seat cowl which, combined with plenty of black paint, creates a cool café racer style.

It’s probably the most distinctive of all the motorcycles on our list and, at £6999, it undercuts the other bikes here too. It’s arguably a generation or two behind them in terms of technology, but the SV650 is rightly a modern day legend and continues to attract plenty of followers. 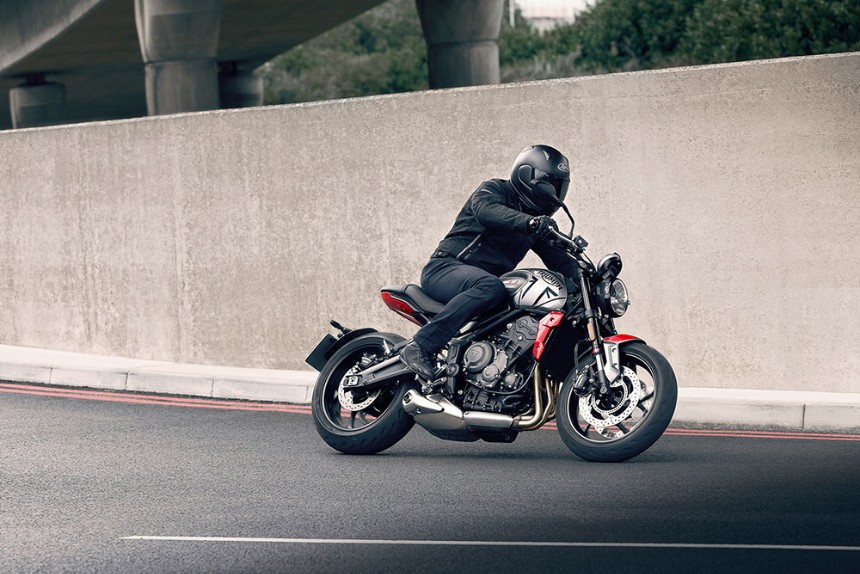 Triumph’s latest Trident, launched at the beginning of this year, doesn’t overtly play the retro card but we still think it deserves a place in this quintet.

The British manufacturer sees its 660cc triple as a natural competitor to the best-selling Yamaha MT-07 but with lots of neat little touches, we reckon that the latest Trident crosses over between modern and retro, making it a natural alternative to both the MT-07 and XSR700.

How so? Check out those rounded lines. While modern middleweights like the aforementioned MT-07 and Z650 use sharp and aggressive lines, like their bigger supernaked cousins, the Trident is more traditionally styled, with a single round headlight and a simple dashboard set up. While these are all super modern in the way they work, they add up to create a neo-retro look that’s already won plenty of admirers.

Check out our review of the Trident here.

With the Yamaha MT-07 smashing it out of the park in terms of bike sales, it was little wonder that Yamaha would jump on the bandwagon and sprinkle a touch of retro dust on the 689cc twin.

In terms of the spec sheet, there’s very little difference between the MT and XSR. The fancier XSR comes out of the marketing department’s ‘Faster Sons’ workshop and has more of a ‘shed built’ vibe than a pure retro reboot.

The 2022 model has received a number of small updates and new colour schemes, dipping in to Yamaha’s glorious past, and carries a £700 premium over the MT-07.