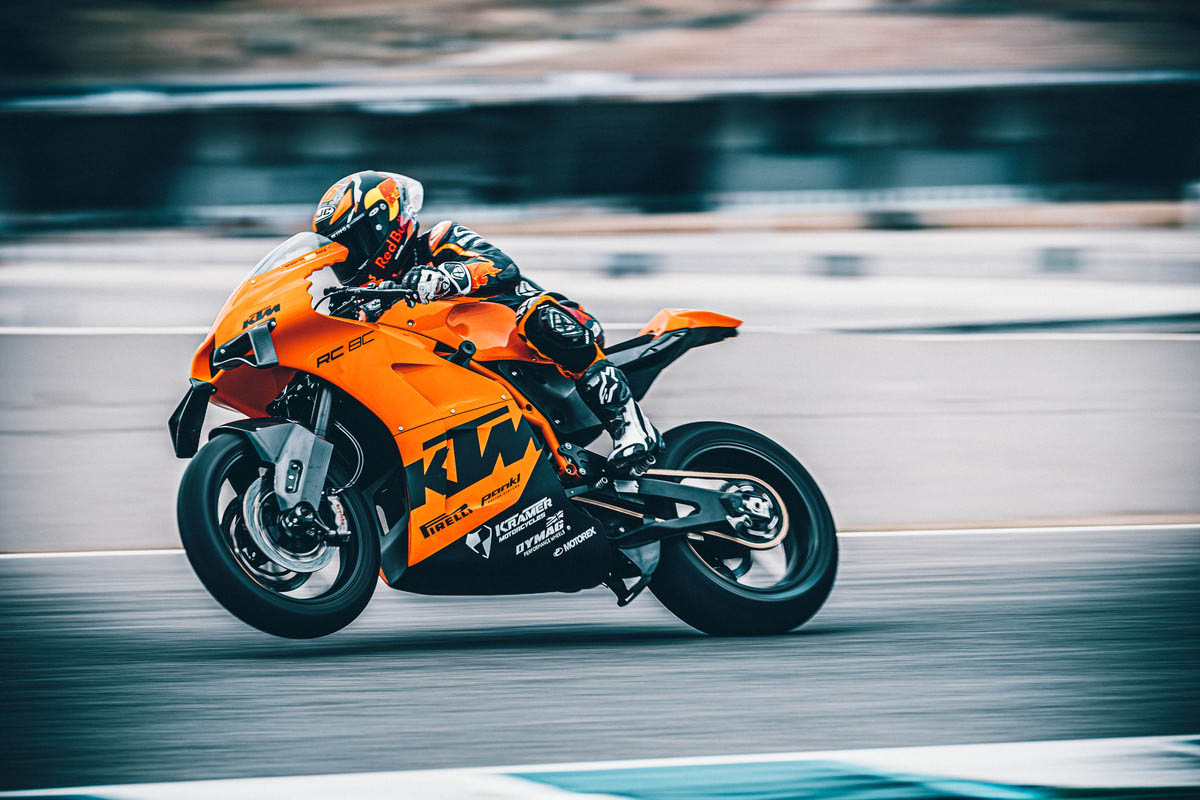 Motorcycles designed for track use only are nothing new. Customer race bikes, like the Manx Norton, Yamaha TZs and Honda RS models, have been around since world championship racing began, but in recent years a new phenomena has occurred: the track only motorcycle.

These are models sold by mainstream manufacturers, but only for use on track. They’re not road legal, and not generally eligible to compete in production based race series, but instead are dripping with trick bits and aimed at track day enthusiasts and collectors. With KTM the latest to enter the fray, announcing the RC 8C last month, we decided to take a look at some pretty special ‘track only’ models from the past few years. Based around the 890 Duke R engine and wrapped in a steel trellis frame developed by Kramer Motorcycles, KTM are making just 100 examples of their recently announced £31,000 track bike.

With a strong heritage in Moto2 racing and a stonking spec-sheet that includes WP Apex suspensions, Brembo brakes, MotoGP style bodywork and Pirelli superbike slicks, it promises to be a fun and manageable weapon for riders who prefer corner speed to top speed.

Not that it will be slow, with 126bhp to haul around just 140kg of motorcycle it has a tremendous power-to-weight ratio. The frame has an adjustable headstock, while buyers will also get the chance to hang out with the KTM factory team and go riding with MotoGP test riders Mika Kallio and Dani Pedrosa around Jerez.

KTM haven’t said if the RC 8C is a precursor to a more affordable road-going supersport machine. With middleweight racing rules switching from 600cc fours to a more eclectic bunch of twins and triples in coming years, it would make sense for the Austrian brand to get in on the act, but for now we will just enjoy this magnificent track only special. 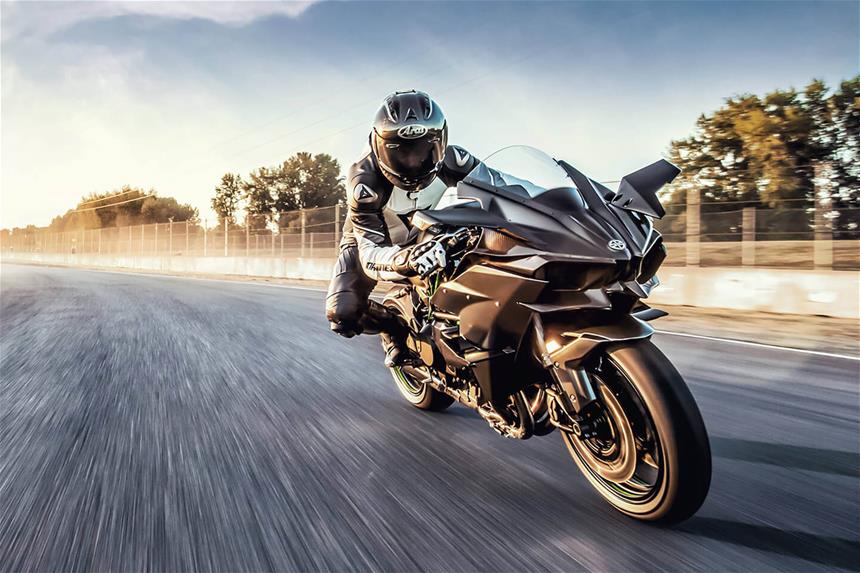 Kawasaki’s Ninja H2R is something of a strange beast, but one that we’re ever so happy exists!

Introduced for 2015, it’s a track only version of the standard Ninja H2 – already a pretty special machine thanks to its supercharged engine – if you can find a track to ride it on.

Costing £41,000 when new, the specs are staggering – with 310bhp and a 240mph top speed. It’s dripping in carbon fibre, runs on slick tyres and has MotoGP style aerodynamic wings to keep it stuck to the tarmac.

So far, so good, but with a decibel level of 120dB its way to loud even for most track days (where 105dB is the norm). We’ve seen a few doing cool demonstrations: James Hillier lapped the Isle of Man TT course on one in 2015 and clocked 205mph on a non-racing lap, while world supersport king Kenan Sofuoglu set a world speed record for a production bike. He clocked 400kph (250mph) over Turkey’s Osman Gazi Bridge, taking just 26 seconds to do so.

Most will sit in private collections and while you can argue the Kawasaki Ninja H2R is rather pointless for most riders, no one can deny it’s the most epic motorcycle of the 21st century. Aprilia have had something of a knack of creating high-end track specials in recent years.

As if the range topping ‘Factory’ models were not enough, the Italians have developed some pretty tasty ‘X’ versions for track use only. It started with the £40k RSV4 X in 2019, while last year we saw this, the Tuono V4 X.

It’s a 220bhp, slick shod, track only hyper naked, costing around £40,000 and dripping with the best componentry around. And if you want exclusive, look no further. Only 10 were due to be made, making it highly unlikely you’ll see another one at your local track day. In a different mould to the others here, but still a track-only model, the Yamaha R6 has been a real legend over the past 20 years.

Alas, time and fashion has not been kind to supersport 600s in recent years. Once Britain’s best selling motorbikes, sales of sports bikes fell off a cliff a decade ago – with the middleweights feeling the full force of the change in buying habits.

As sales dwindled, manufacturers have found it increasingly unviable to upgrade models to meet the ever tightening emissions laws. But while road riders increasingly switch to adventure bikes and nakeds, 600s remain super popular with racers from club to international level.

None has been more popular or successful than the R6 in recent years. It’s won the British and world supersport championships for years and years and, when the new Euro5 rules came in to make the R6 obsolete as a road bike, Yamaha simply continued to offer the middleweight king ‘for track use only’.

So, unlike the others here, the Yamaha YZF-R6 Race really is aimed at racers – as the R6 remains eligible for supersport and superstock racing - but you can buy for trackdays too, if that’s your thing. At £12,099, it’s the least expensive model in our collection, and also one of the most fun on the track. It’s a machine you can really take by the scruff of the neck, without the worry that you’ll be throwing a priceless special down the road.

It’s a shame the R6 no longer exists as a road bike, but at least the legend live on. Based on the already mighty S 1000 RR superbike, BMW’s HP4 Race was a carbon fibre framed, 215bhp, masterpiece with a higher spec than the Bavarian outfit’s factory world superbike racers when it was launched in 2017.

Unlike other exotic superbikes, like the Honda RC213V-S and Ducati Superleggeras, there was no thinly veiled attempt to make it road legal. New, it cost £68,000 and had no inconveniences like mirrors or lights. What it did come with was the very best Ohlins suspension, Brembo brakes, cutting edge electronics and full-on slick tyres.