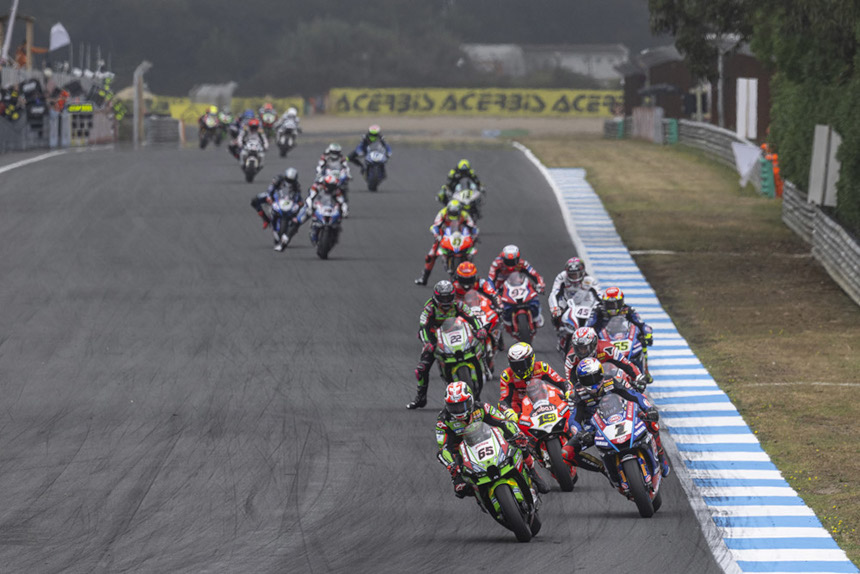 While the MotoGP world championship is coming under fire for a lack of entertainment this season, the Superbike World Championship is on fire, with a fierce three-way battle between Carole Nash based Jonathan Rea, defending champion Toprak Razgatliouglu and Ducati returnee Alvaro Bautista.

The trio have been in fine form, setting a ferocious pace in the three rounds so far, with Rea and Bautista sharing the wins and the trio filling the podium places in eight of the nine races so far – the exception coming when Rea and Razgatlioglu clashed at Assen.

Pre-season the talk was of who, if anyone could topple Toprak and his Yamaha R1. The young Turk ended JR’s six-season title streak in a 2021 campaign which saw both riders competing at their very best.

Bautista returned to Ducati, replacing Scott Redding, putting back together the partnership which came so close to dethroning Rea in 2019 and was immediately on the pace. With three rounds and a quarter of the season gone, the Spaniard currently leads the series by 17 points from Rea, with Razgatlioglu a further 35 behind.

Toprak’s lack of wins has been something of a surprise considering the 25-year-old’s sensational 2021 campaign and speculation of a much vaunted move into MotoGP next season, but despite not yet standing on the top step of the podium, he and the PATA Yamaha squad have been riding as well as ever.

Whoever becomes the 2022 Superbike World Champion the real winners will be us, the fans, and the championship itself – which is enjoying a golden year not seen since its 1990s heydays.