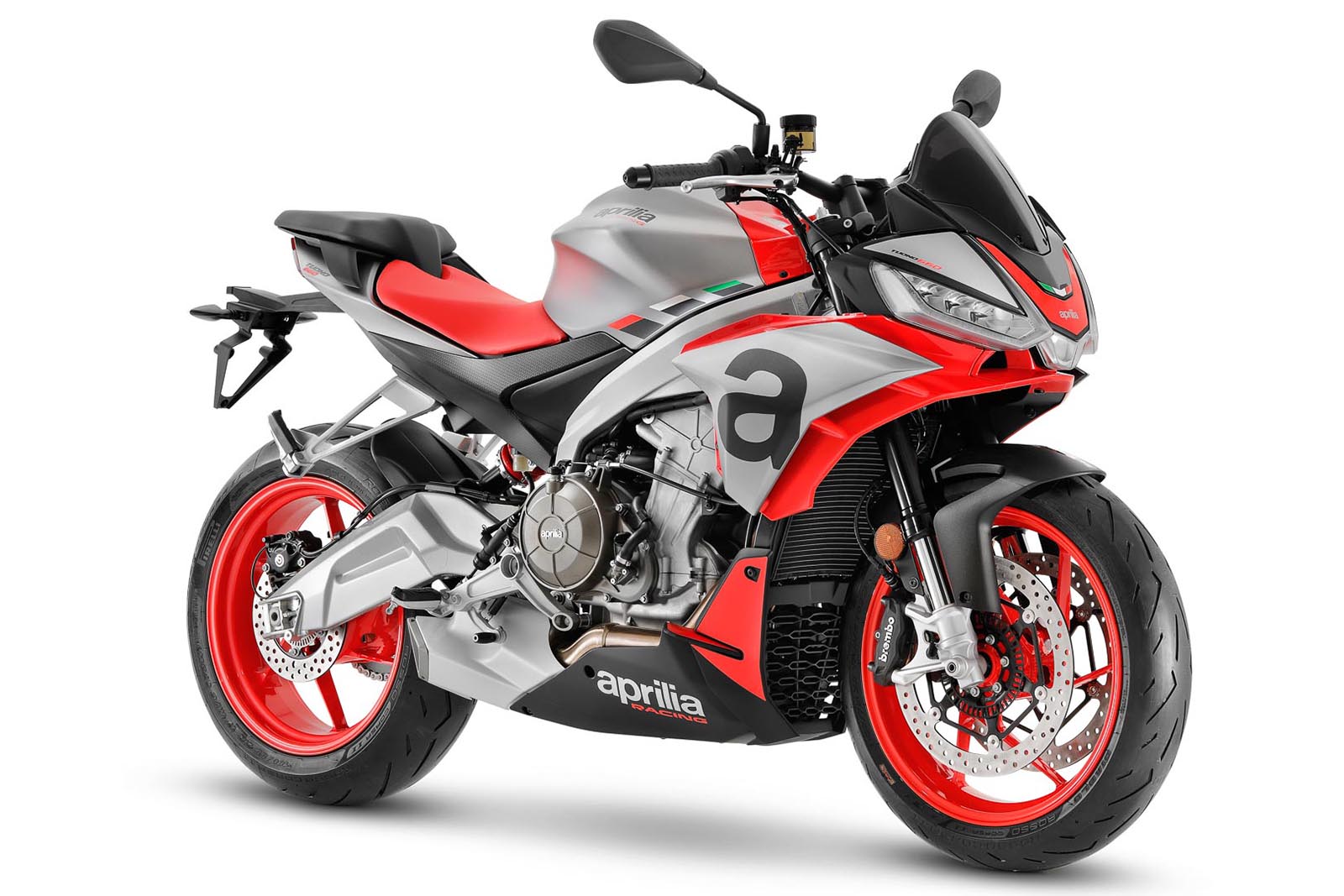 Aprilia has confirmed that it will be making a naked, Tuono, version of its exciting new RS 660 sportsbike.

The Italian company has shown prototype versions of the unfaired version of the RS in the past but has now released pictures and details of the production ready machine – which is expected to cost just under £10,000 – although on sale dates are still to be finalised.

With manufacturers developing multiple versions of a standard platform for new bikes these days, it was no surprise to see a 660cc Tuono. Aprilia has enjoyed great success with the Tuono V4, the unfaired version of the RSV4 superbike, and the 125cc Tuono based on the RS125 learner bike. The Tuono 660 is likely to be one of many models to be built around the new 660cc two-cylinder engine – with a Tuareg adventure bike also mooted to be waiting in the wings.

As well as releasing pictures of the final machine, Aprilia has also confirmed the specifications. As expected, the Tuono 660 is essentially a high handlebar version of the RS 660, sharing all the same main components, including the chassis and engine. Aprilia describe the Tuono as a ‘sport naked’ however there’s still plenty of bodywork, with the RS’ full fairing replaced by a stubby flyscreen atop an upper half fairing housing the RS style headlights, while a lower belly pan means that very little of the powerplant is on show. The different ergonomics of the Tuono should make for a more comfortable road bike, especially around town, with a more relaxed and upright riding position. Aprilia also say that the Kayaba front forks have a dedicated set-up on the naked machine.

The engine, which itself is based heavily on the RSV4 superbike motor, is shared with the A2 compatible version of the RS 660. That means that it delivers 95bhp (compared to 100bhp for the full power RS) and can be restricted for younger riders on A2 licences. Aprilia has given the naked bike shorter gearing, which will put a greater emphasis on acceleration over top speed. The class leading electronics package of the RS 660 remain in place and feature five riding modes, adjustable traction control, adjustable engine brake and wheelie control.

The Aprilia Tuono 660 looks like an interesting addition to the marketplace and holds a unique place in the middleweight sector. It’s specification, performance and expected price means that the Tuono 660 is a cut above the more basic 650-700cc twins, like the Kawasaki Z650 and Yamaha MT-09. Instead, the Aprilia is likely to go up against bigger capacity motorcycles like the 765cc Triumph Street Triple R and the near-900cc Yamaha MT-09SP in the battle for middleweight sales.

Three colours will be available upon launch: the black and grey options all feature red seats and highlights, as well as nods to Aprilia’s famous racing livery, while the distinctive ‘Acid Gold’ option lays off most of the graphics and has a black seat, albeit still with the red wheels.