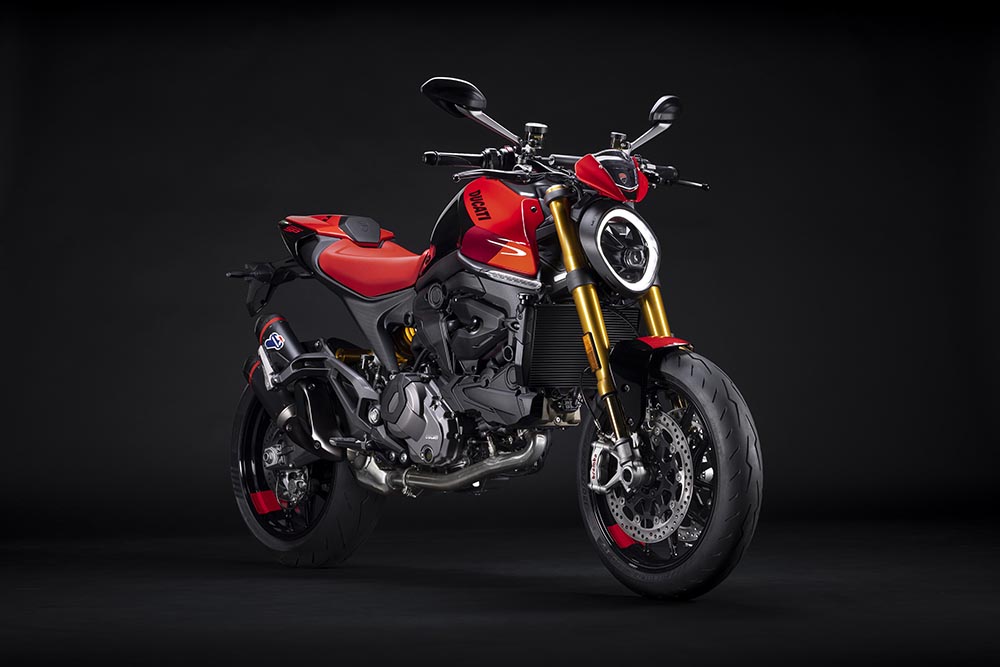 It’s been a longstanding tradition in Ducati’s history that after a year or two the standard models get some special treatment, in terms of some high-spec parts and a nice new paintjob. The new Monster is no exception, getting not only a makeover, but some high-spec goodness too.

Based on the Monster that Ducati unveiled in 2021, the SP edition utilises the same 937cc Testastretta engine which pumps out 111hp and 93Nm torque, although you do get a few changes, with the addition of both a lightweight lithium-ion battery and a Termignoni end can.

Although the chassis remains untouched, the SP comes equipped with higher specification Öhlins suspension both front and rear, and as you can imagine they are both fully adjustable. This is complimented with a steering damper too, while the front brakes have been uprated to a set of sharper Brembo Stylema examples, which not only increases the braking power but also reduces inertia, which in turn creates a more agile machine. Talking of which, the SP also comes laden with the latest Pirelli Diablo Rossi IV rubber, alongside a new Wet Riding Mode, for more control in torrential conditions.

Thanks to the changes, the Monster SP does weigh in a few kgs less than the standard model at 186kg ready to roll (compared to 188kg), and Ducati have completed the machine with a MotoGP-inspired livery too. Although there’s no word on price just yet, expect it to be at least four figures more than the Monster +, which currently sits at £11,195. Ducati are expecting bikes to hit dealers early in 2023.