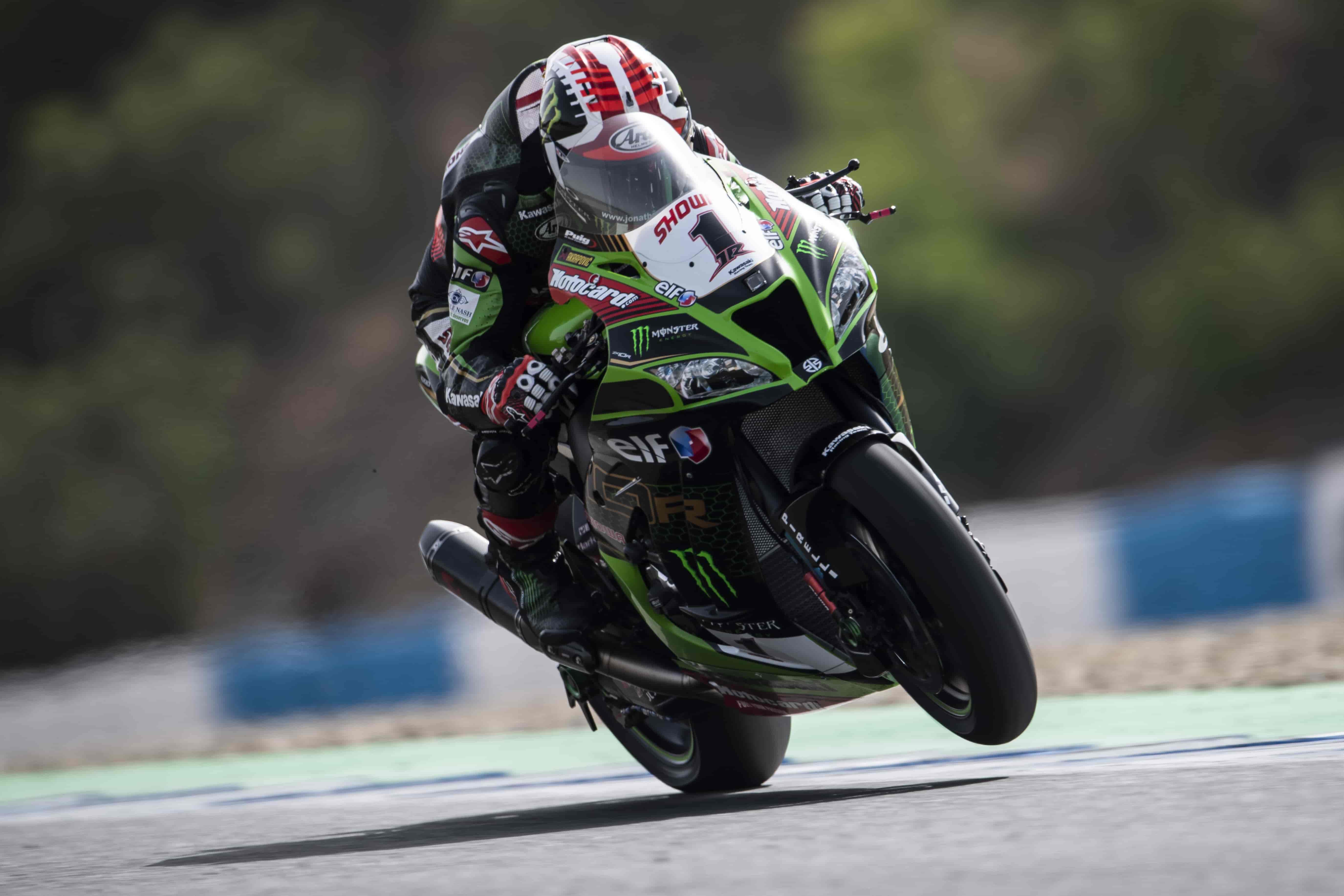 The old saying is that the first motorcycle race took place the day the second motorcycle was built and even today all kinds of bikes are being raced. Go to a club racing meeting and you’ll see machines as diverse as Honda CB500s, old MZ two-strokes, classic motorbikes and sidecars, but when it comes to modern bike racing classes there are some fairly standardised classes you’ll find all around the world.

With aerodynamic fairings and adorned with sponsor stickers, these motorcycles often look very similar, so we’ve taken a look under the skin to give you our guide to the differences between the various classes you’re likely to see at a world or national level motorcycle race meeting.

As the name suggests, ‘production’ racing takes place using bikes we can all buy in a regular showroom as their base. The pinnacle of production racing is superbikes, and if you go to a British or world championship race you’ll see some or all of the following classes battling it out.

The series feature A2 licence class sports bikes. Currently the series is open to the KTM RC390, Kawasaki Ninja 300 and 400, Honda CBR500R and Yamaha YZF-R3, so the bikes actually range from 300-500cc. As all the bikes have different engine capacities, intricate rules have been drawn up with different rev limits, air restrictors and weight limits to ensure parity.

These basic bikes remain relatively stock. As with all production bike racing, the road going gear is dumped (lights, stands, horn etc) and race bodywork is added. Racing footpegs (rear sets) and handlebars (clip-ons) can be used and the suspension can be upgraded with a replacement rear shock absorbers and reworked fork internals. Other than a race exhaust system, no engine tuning is allowed and the bikes are regularly checked on the scales and dyno to ensure no cheating.

Despite their modest performance, the 300 class bikes regularly provide great racing. The best riders are all able to get the most out of their bikes, meaning runaway victories are rare. With low power outputs, slipstreaming is critical and, added to youthful exuberance, creates some of the most exciting racing you’ll see anywhere.

Superstock racing is the backbone of club racing and provides some of the biggest grids in the British championship series.

The reason for this is cost, as the bikes are only allowed minimal changes from the bikes you can buy in a showroom. There are two superstock classes, for 600cc and 1000cc motorcycles. Superstock 600 is generally aimed at younger riders, stepping up from Junior Supersport, and the most competitive bikes are the Yamaha YZF-R6, Kawasaki ZX-6R and Triumph Daytona 675, which is allowed in by virtue of being a three cylinder machine (against the 600cc fours). Superstock 1000 attracts a wide range of youth and experience and features the latest 1000cc sportsbikes. Modifications from standard are limited and along the lines of those in Junior Supersport.

Superstock no longer features in the world superbike undercard but almost every national championship series has the classes as a backbone of their programme.

Supersport is traditionally seen as the main support class for superbikes in both the British and world championships and features tuned 600cc four-cylinder and 675cc three-cylinder machines.

Chassis modifications are allowed in line with the superstock classes, but in supersport engine tuning and aftermarket electronics are allowed to be used. That raises power to around 145-150bhp from a high revving 600, in a chassis weighing 161kg.

Because the bikes are based on standard road machines, the supersport class has suffered from a lack of new models coming through in recent years. Yamaha’s R6 has proved the most successful machine in the class in recent years, but rumours of new 600 class sportsbikes from other manufacturers would be a shot in the arm for this perennially exciting category.

Most motorcycle enthusiasts have heard the term ‘superbike’ but just what is a superbike racer?

Superbikes are based on the 1000cc sportsbikes you can buy in the shops, but the rules on tuning them are much freer (although still restricted).

Where superstock dictates that the front fork externals, brake calipers, swingarm and wheels must remain standard, these can all be replaced for more expensive race items, which are lighter and higher performing. Tyres are also racing slicks and other components, like the fuel tank, can be modified or replaced as long as they match the silhouette of the homologated donor bike. The result is not only a much lighter machine than standard (168kg) but better balanced too.

Superbike engines can be tuned and although there are rules on what can and can’t be done, this can raise power to over 230bhp. Electronics is the biggest area where differences exist between the British and world championships.

The British series, known as BSB, has a control ECU which gives teams limited functionality. The result is cheaper and more competitive racing, as all teams have the same level of electronic aids and no traction control. World superbikes have more sophisticated electronics and allow traction control (as well as other functions like launch control, wheelie control and engine braking systems). This is the main reason why world championship superbikes are usually a few seconds a lap faster than those in BSB.

Prototype racing uses bikes conceived, designed and built only with racing in mind. These machines are less compromised, as they don’t need to deal with the rigours of riding on the roads or coming with a warranty. As a result, these bikes tend to be lighter, stiffer and more difficult to ride, but ultimately they are usually faster than production bikes of a similar engine capacity.

All Grand Prix machines are built in very small numbers, but you can find some in national championships. They come in three main categories:

Moto3 bikes are tiny jewel like machines and replaced 125s as the entry level Grand Prix class in 2012. These smallest of Grand Prix bikes are generally ridden by younger riders starting out in their careers. They make over 55bhp and weigh just 84kg.

Like most small and low powered motorcycles, they are known to provide super close racing. The world championships see a close battle between the Austrian KTM factory and Japanese giants Honda. Previously Indian company Mahindra has also been involved, while Husqvarna run with their rebadged KTM.

Factory Moto3 bikes are rarely seen outside of the Grand Prix series. The exception is in Spain, where the prestigious national series is known as the FIM Moto3 Junior World Championship. In Britain, along with many other countries, pure prototype Moto3 racing has been ruled out in favour of less expensive ‘production’ Moto3 racing.

In the UK the series is known as the British Talent Cup and the bikes, all Hondas, are identical. The bikes, called the NSF250R, are designed and built only to race but have less powerful engines and cheaper parts to create a level playing field and keep costs down in comparison to the Grand Prix machines.

Several manufacturers make Moto2 chassis but the dominant brand by far is Kalex, which has been so successful it has a near monopoly on the world championship grid.

Moto2 bikes are also filtering down to the national championships, usually sharing the grid with production based 600s. The Spanish based Moto2 European Championship is the leading non-GP series, but still runs the previous generation Honda powered machines. In Britain, the GP2 class runs alongside the British Supersport Championship. This features a few ex-GP Kalex bikes and a number of locally built machines running power limited 600cc four or 675cc three cylinder engines to ensure a well matched set of regulations.

There are some rules, of course, with an engine capacity of 1000cc, four-cylinders, standardised cylinder bore sizes, rev limits, control tyres, a minimum weight of just 157kg and a universal ECU (electronics) across the board, but beyond that there’s a freedom for engineers to innovate.

The result are motorcycles that reportedly make close to 300bhp and are a sight and sound to behold. They’re super rare and can usually only be seen at a MotoGP race. As they are full of the latest top secret technology, factories normally lease out their bikes to the private MotoGP teams after a year’s service with the factory squad, after which they are usually crushed or consigned to a museum.

Some well heeled and well connected collectors may be able to get hold of these exclusive machines. KTM, for example, offered one of its 2019 racers up for sale at a cool £250,000!