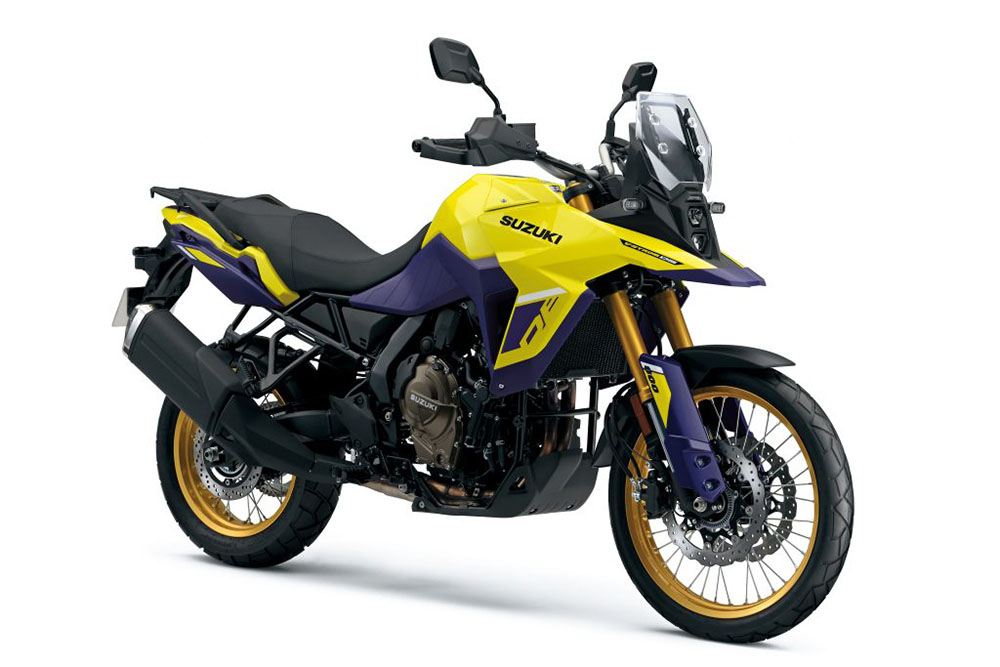 Here at Insidebikes, we’ve always been big fans of Suzuki’s V-Strom range. They’ve always consisted of capable machinery sold at a decent price, and covering pretty much every avenue in terms of capacity and abilities. And for 2023, there’s a new member of the V-Strom family, with the release of the V-Strom 800DE.

Although running the same ‘V-Strom’ designation, the 800DE no longer features a V-twin motor. Instead it shares the same base as the new GSX-8S, meaning it comes equipped with the same, new-for-2023, 776cc parallel twin engine, although the adventure machine produces slightly more in terms of power at just over 83bhp at 8,500rpm, thanks to a few tweaks both electronically and mechanically.

The new V-Strom 800DE also gets the same new steel frame you’ll find on its naked brother although it has seen quite a few changes, including a different sub-frame, which is bolted on and allows for a change in the event of a crash, alongside the capability of taking a greater load if you fancy some heavy luggage and a pillion. The tank is bigger, with a 20 litre capacity, and the suspension has been changed too, with an adjustable Showa set-up both front and rear, promising a softer set-up and 220mm of suspension travel. Keeping in with the adventure brief, the 800DE comes equipped with a 21” front wheel and 17” rear, which is completed with Dunlop Trailmax Mixtour tyres. The riding setup has been enhanced to create comfort both in the saddle and standing up, with a few tweaks to the geometry as well in order to create a truly stable machine.

Electronically, the middleweight V-Strom is completed with a colour TFT dash, which powers three on-road riding models and one gravel mode for some light off-roading, alongside switchable ABS and traction control, a bi-directional quickshifter and a low RPM assist to help with pulling away at slow speeds.

In terms of a spec-sheet, it’s fair to say that the new V-Strom 800DE is set to be an impressive machine, especially as Suzuki have always been on the ball in terms of pricing and finance options. It goes up against Honda’s similarly specced Transalp, which has been announced on the same day at Milan’s EICMA show, as well as the Yamaha Tenere 700, in the highly competitive mid-capacity adventure bike category.