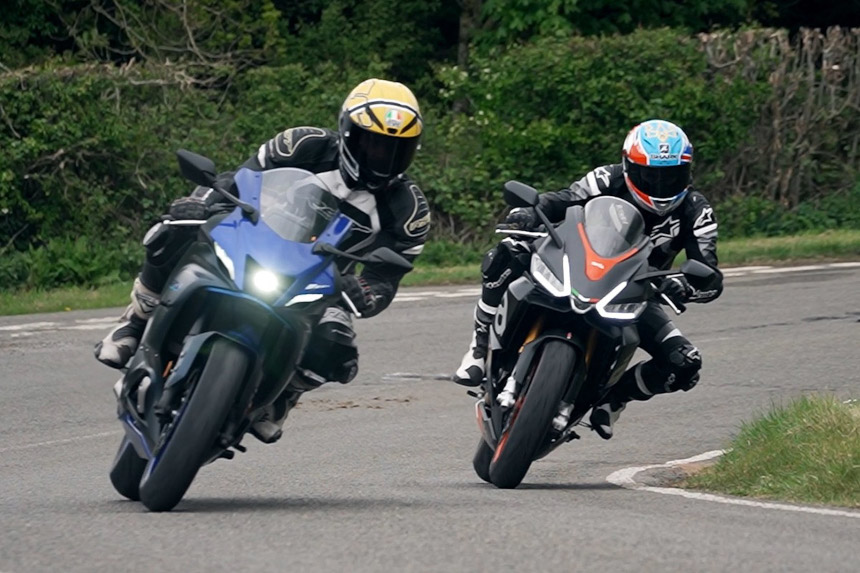 Back in the 2000s, the supersport sector was one of, if not the most hotly contested segments in the motorcycling market. There was an incredibly important machine for near enough every big manufacturer, each offering a take on the middleweight sportsbike. Most followed the standard formula of 600cc, across the frame fours, although we also saw 675cc triples and 750cc Ducati V-twins. Whatever the formula, they all offered up incredibly precise handling, an eager engine and overall, an incredibly focussed package.

But over time the appetite for riding everywhere flat-out depleted, and as sportsbike sales declined, the supersport sector started to die out, until even the racing series was struggling to make grid numbers with the amount of offerings on the table. But now, there’s a new wave of middleweight machinery looking to rekindle the sector, in the form of cheaper and more usable, yet still incredibly capable, twin-cylinder machines. And to find out which of those is the best we put two of the latest and greatest offerings against each other.

We took Yamaha’s new-for-2022 R7 up against the much vaunted Aprilia RS 660. Ladies and gentlemen, here is how they stack up:

Both echo their more powerful superbike brethren and this is a tough one. I feel like I sway from side to side on the looks. I’ve always been a massive fan of the latest Yamaha R6 and it’s incredibly sharp and focussed silhouette, and the way the R7 mimics that makes it such an impressive bit of kit. The only thing that lets it down really is the slightly budget finish, which can be excused when you actually look at the price tag.

On the flipside, the Aprilia, although not as aggressive is a gorgeous looking thing, not looking too dissimilar to its bigger brother, the RSV4. It has some neat, integrated wings and has a bigger, bold appearance that looks as good up close as it does far away.

This is easily the biggest win for Yamaha, as the R7 costs just shy of £2000 less than the RS 660 – which is a monumental chunk of cash, considering that the bikes are £8,400 and £10,300 respectively. Sure, you miss out on a lot of tech and that Aprilia zing, but you do get an incredible bike, for an absolute snip with the R7. 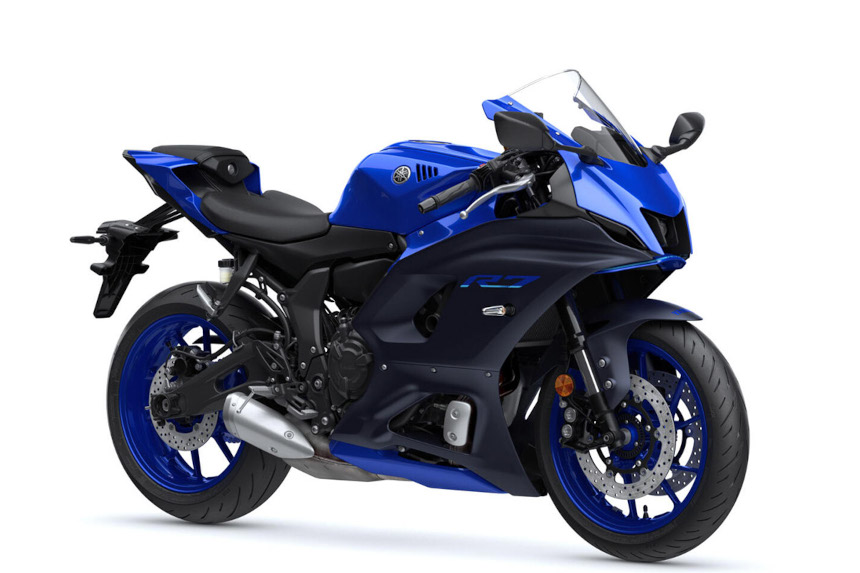 After riding the two back to back, there was only ever going to be one winner here: and that’s the Aprilia. With slightly higher ‘bars, lower ‘pegs and a less aggressive riding position, it really is one of the comfier sportsbikes on the market today, and even comes equipped with cruise control too. The Yamaha on the other hand is far more focussed, with a riding position based heavily on the R6 which is well on its way to being a full-on track focussed machine.

I know that performance has been a real sticking point with this new generation of twin engine supersport bikes, but it really shouldn’t be; if you can ignore a spec sheet and give them a go, you will be pleasantly surprised at not just how fruity they are, but how fun and pokey they are too, all the way through the rev range.

Although the Yamaha has a nice, torque-y twin lifted from the MT-07 that does a great job it is the best part of 30bhp down on Aprilia’s 100bhp powerplant. What’s more, thanks to some Italian wizardry the RS 660’s engine really is one of its very best components, feeling more like a detuned V4 than an excitable twin.

This one is one of the easiest to judge, as the Aprilia blows the Yamaha out of the water. Where the Yamaha has a basic dash with a standard ABS package, the Aprilia comes with a TFT dash that lets you change a whole host of riding modes, alongside a Magneti Marelli ECU that powers a full raft of rider aids that you’d expect on a superbike double the price. It also has cruise control, a quickshifter and autoblipper as standard.

Now this is a really tough one to judge. On the one hand, the RS 660 is a more stable beast, with an incredibly strong set of brakes and an incredible suite of riding aids to look after you, in turn giving you more confidence as a rider to push harder.

However, the R7 feels much more poised, focused and accurate; the work that Yamaha have done on that chassis and suspension setup makes it feel every bit as sporty as a supersports bike, with an incredible front end feeling. I’d love the Aprilia’s engine, brakes and tech, in the R7’s frame and setup…

In all honesty, both of these bikes really did surprise me in how well they performed. The RS 660 set the benchmark with its incredible engine, amazing electronics and impressively engaging riding experience; it’s half the price of an RSV4, but on the UK roads, it’s every bit as much fun. And then came the R7; a far more focussed, genuine supersport-style machine that has been stripped bare of tech and stuck in showrooms for an incredibly wallet-friendly price.

For out-and-out thrashes, I think my money would be with the Yamaha; it really is a weapon. But for something that can handle a seriously spicy ride and have a little more in the tank? Well if my budget would stretch, it would have to be with the Aprilia.