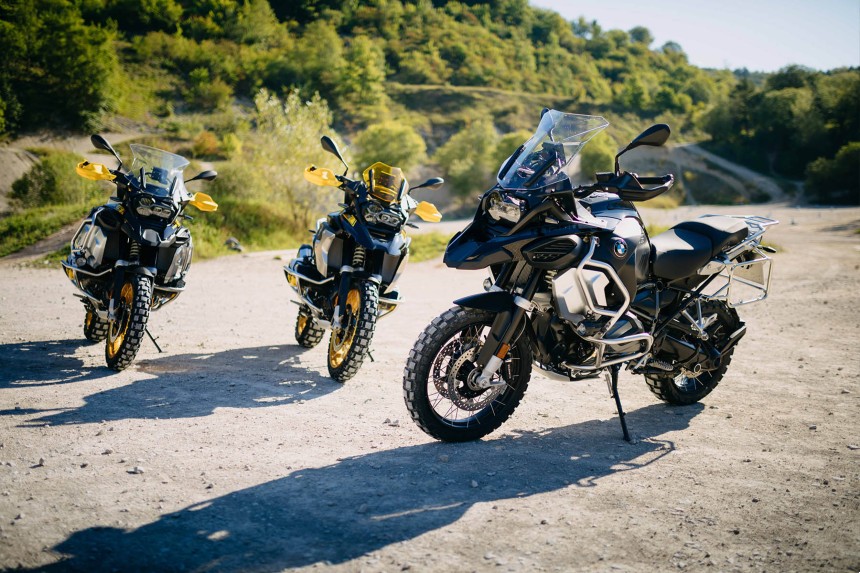 Big capacity adventure bikes are not only comfortable and capable in almost every situation, but they’re also incredibly popular too. Here are five of the best on the market today.

It wouldn’t be right to talk about adventure bikes without mentioning the R 1250 GS Adventure from BMW. With 136hp, 143Nm torque and a whopping 30 litre tank size the GS adventure is incredible impressive, especially as it comes equipped with TFT connectivity, a USB socket, adjustable windscreen, riding modes and a whole host of other bits as standard. Starting from £14,905, the GS Adventure can be spec’d with just about anything you’d like from BMW’s hefty accessories. It’s the UK’s best selling big bike for a reason, while the standard R 1250 GS is also available and more manageable thanks to its lower suspension and smaller fuel tank. 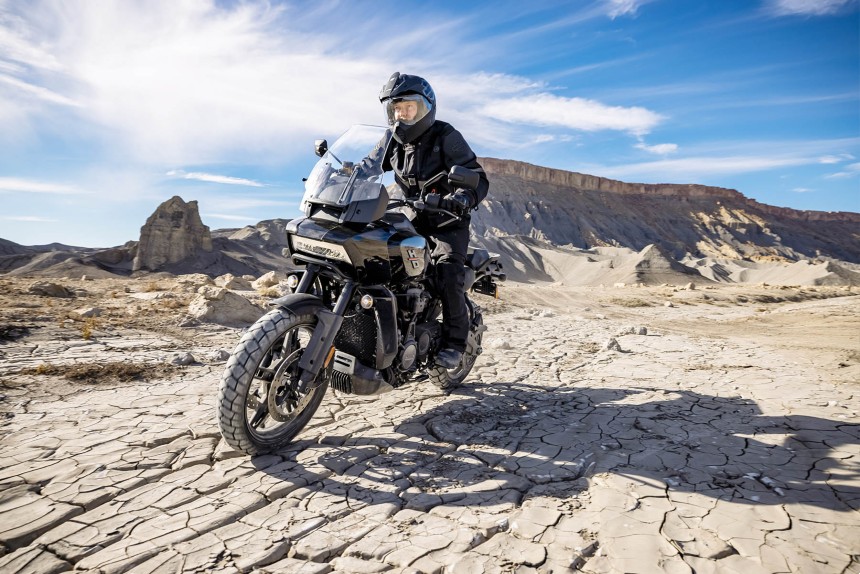 The newest addition to the adventure market was a surprising one, coming from Harley-Davidson in the form of their Pan America. Powered by a 1252cc V-twin engine, the new Harley produces a whopping a 150bhp, alongside 94 ft/lb torque, which has been stuck in a new, purpose-built steel-trellis frame for tackling not just long road rides, but some light off-roading too. It comes equipped with a whole host of electronic wizardry and gadgets (although it isn’t keyless and doesn’t have a quickshifter) and starts at £14,000 for the base model.

Starting at £15,999, the Super Adventure R isn’t cheap, but it’s also packing a serious punch: 160bhp and 138Nm torque, to be exact. They’ve then chucked this hefty V-twin motor into a lightweight steel-trellis frame, gifted it some WP XPLOR suspension and made it into a serious off-roading weapon, that’s more than happy to tackle some road work too. Although a quickshifter is an optional extra, it has every electronic gizmo under the sun from keyless ignition to tyre pressure control and comes equipped with a chunky 7” TFT dash as well. KTM also offers the cheaper 1290 Super Adventure S, which delivers a more road orientated set-up.

Ducati really did decide to break the mould with their Multistrada V4, offering up a comfortable, touring machine with off-road capabilities that housed an impressively powerful yet usable 170bhp engine in its MotoGP-derived lightweight monocoque frame. Starting at £15,665 for the base model the Ducati is by no means a budget option, but with a host of gadgets and gizmos that include the innovative adaptive cruise control, it’s always going to be an impressive machine, and a strong contender for the crown.

It may have got a few minor updates for 2021 but since the latest generation was released in 2016, Honda’s CRF1100F Africa Twin has been a seriously heavy hitter in the adventure bike market. Unlike all its rivals here, it pumps out a modest 100bhp and 78 ft/lb torque which almost brings it closer to the likes of the upper-middleweight adventure models, but nevertheless it’s still an impressive machine in terms of its capabilities and handling, both on and off-road. Although a quickshifter doesn’t come as standard on the Adventure Sports model it does get a whole host of rider aids and modes, cruise control, and electronically damped suspension too. The Adventure Sports will set you back £15,849 and it’s available with their DCT gearbox too for an additional cost.