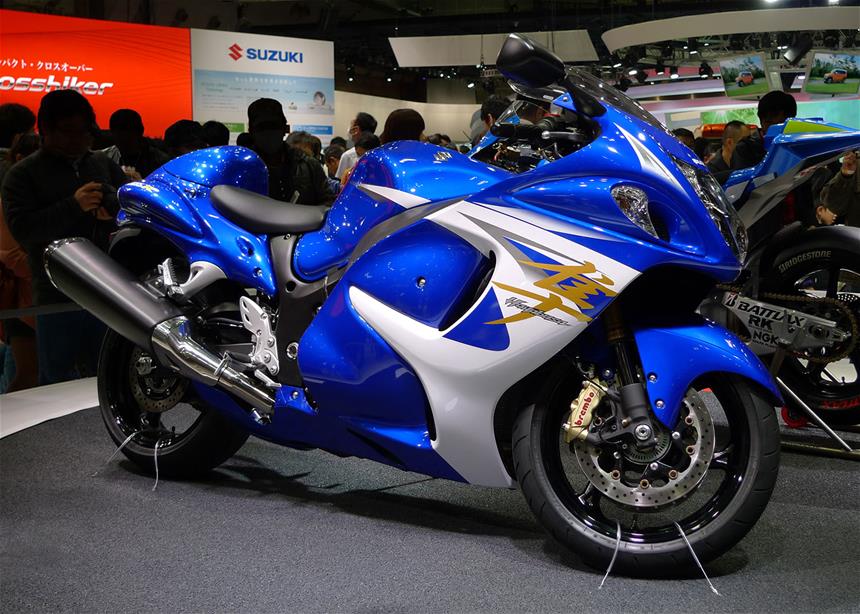 Big motorbikes with big top speeds always grab the headlines, and with Suzuki’s revived-for-2021 Hayabusa currently in the news, we thought that it would be interesting to take a look at five famous bikes which have held that coveted title of ‘World’s Fastest Production Motorcycle’ over the years… 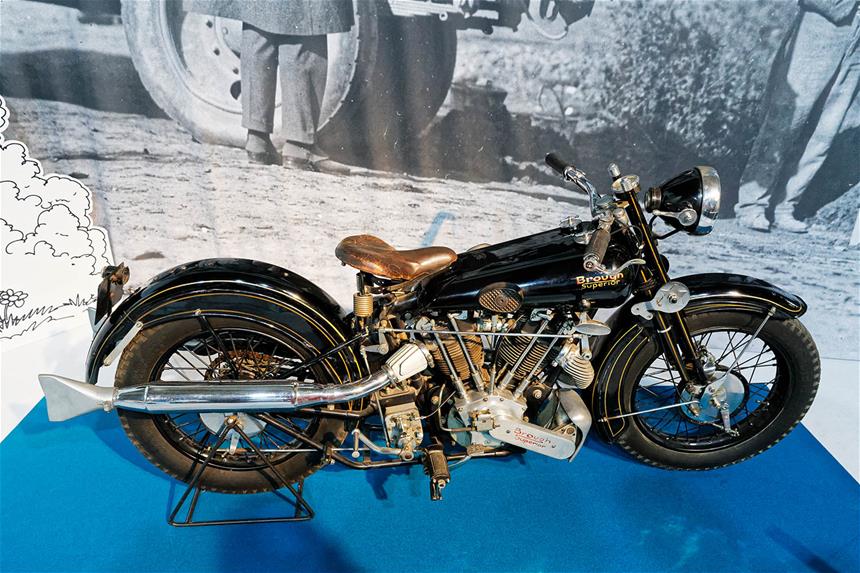 It goes without saying that the first ‘world’s fastest motorcycle’ was actually the first ever motorcycle, and the German made 1500cc, two-cylinder, Hildebrand & Wolfmüller of 1894 is widely credited as holding that title though, despite its large capacity engine, it was good for just 28mph.

As technology developed, so did speeds. By 1912, Yorkshire company Scott was producing a 50mph machine. Six years later America’s Excelsior hit 80mph but, come 1924, that was toppled by one of the most famous motorcycles of all time – the Brough Superior S.S.100

Powered by a 998cc J.A.P. V-twin, the expensive Brough was widely considered ‘the Rolls Royce of Motorcycles’. The ‘100’ in the name stood for 100mph and the Nottingham based company gave a guarantee that every single bike to leave their factory was capable of this landmark speed.

The Brough became legendary for its high speed and unparalleled engineering, with its place in history cemented as being Lawrence of Arabia’s transport of choice (he was ultimately killed in an accident when he lost control of his S.S.100 in 1935). 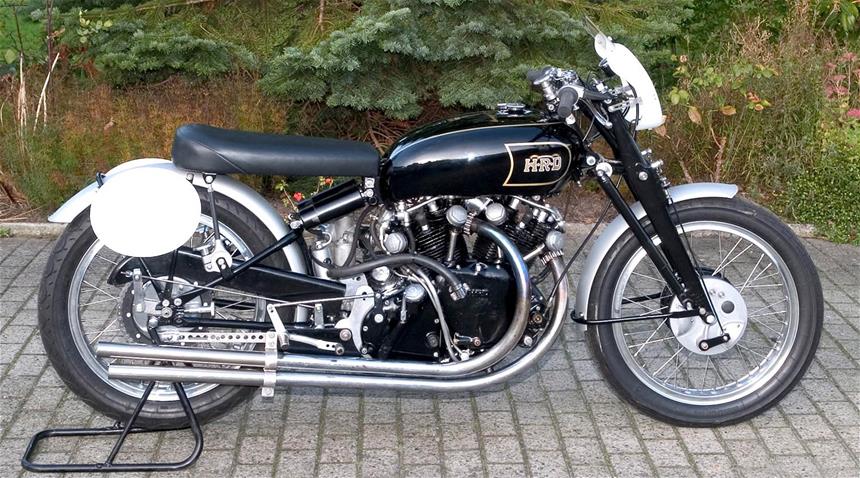 Brough Superior held the record for ‘World’s Fastest Motorcycle’ for many years but, in 1948 Stevenage company Vincent blew away everything before it with the Black Shadow and Black Lightning models.

Also powered by near 1000cc V-twins, the Black Shadow was a 125mph superbike while the Black Lightning was further tuned and lightened. The 70bhp Black Lightning claimed a top speed of 150mph, a figure that would take 35 years to top in a production machine and which would remain an almighty number even today, almost 75 years later.

Despite the headlines and racetrack success, Vincent went out of business in 1955. 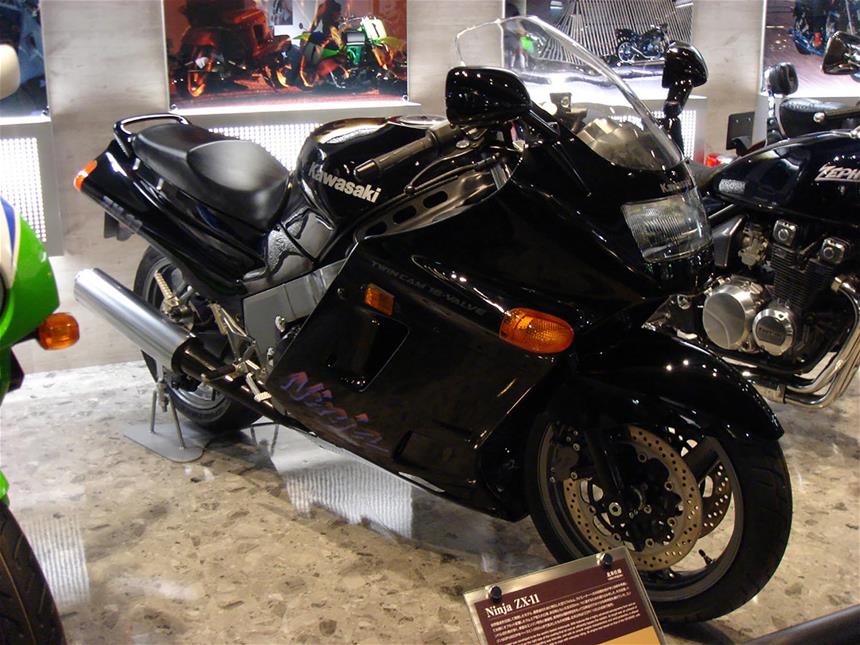 With Vincent no longer in production, the title of ‘fastest bike’ changed hands frequently – albeit at more modest speeds over the next few decades. By the start of the 1970s, Triumph’s three-cylinder Trident was the fastest bike you could ride out of the showroom, at 125mph, and the decade would see Kawasaki (Z1), Ducati (900SS) and Laverda’s 140mph Jota all claim bragging rights at one stage or another. It would be 1984 before the Vincent’s ton-and-a-half would be topped, with the arrival of the iconic Kawasaki GPZ900R, and that would pave the way for a succession of fast Japanese bikes which have evolved into the superbikes we’ve come to know today.

Indeed, throughout the 1980s and 1990s it was Kawasaki who built a reputation as the missile makers. All four Japanese makers took a turn at building the fastest motorcycle, but by 1990 Kawasaki had regained its place in the speed wars with the mighty ZZ-R1100.

With 145bhp and a wind cheating fairing, the ZZ-R paid greater attention to aerodynamics than any bike before it. Rather than being an out and out sports bike, it was a mile-munching (and rear tyre munching) sports tourer and boasted a top speed of over 170mph. It led to a rise in similar models, such as Honda’s CBR1100XX Super Blackbird (which took over as the fastest production bike in the world in 1996) and the Suzuki GSX1300R Hayabusa.

Buoyed by the success of Kawasaki and Honda, Suzuki launched its own high speed sports tourer in 1999.

Nicknamed the Hayabusa, a Japanese falcon famed for both its speed and a tendency to hunt blackbirds, the Suzuki’s jellymould styling was unconventional and polarising – but it was super slippery and the figures spoke for themselves.

With 173bhp at the rider’s right wrist, the Hayabusa broke through the magical 300kph (186mph) barrier. The impact it made was huge and amid talk of legislation coming in to emancipate these hyper bikes, the Japanese manufacturers made a ‘gentleman’s’ agreement to limit their bikes to 300kph. Kawasaki’s upcoming ZX-12R waived its shot at the title to fall in line with the agreement, while later Hayabusas made more power but were restricted in sixth gear to cap the top speed. The first ‘Busas marked the high spot in the development of high performance production bikes and the market started to turn. Japanese manufacturers focussed on making bikes lighter and more manageable and Triumph even abandoned its ‘Busa beater just months ahead of going into production, due to the change in consumer tastes.

Even today, as the new Hayabusa makes its way into the marketplace, Japanese companies stick to their self imposed 186mph limit, although a few manufacturers from other countries have broken it. 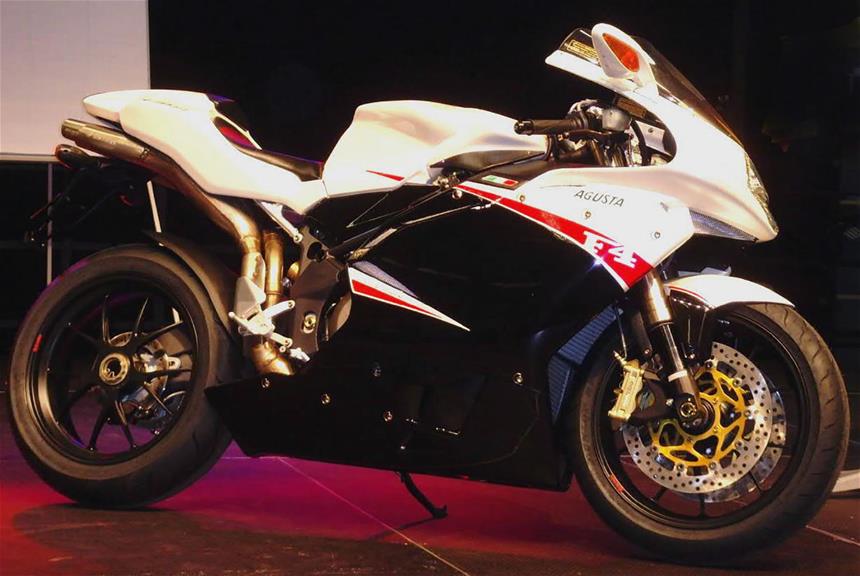 Italy’s MV Agusta was, of course, not part of the Japanese manufacturer’s agreement and, in 2008, they broke ranks with a 300kph busting model of their own – the F4R 312.

The ‘312’ in the title referred to the top speed in kilometres-per-hour. 312kph is almost 194mph and grabbed lots of headlines for MV Agusta. Unlike the ‘Busa and its ilk, the F4 was no sports tourer, rather an expensive and limited race replica. The 183bhp 998cc four was the basis of MV’s world superbike racer and an exotic alternative to the more common Honda Fireblades and Yamaha R1s.

Officially, the current title of ‘world’s fastest motorcycle’ has held by American electric motorcycle manufacturer Lightning since 2014. It’s LS-218 is named after the 218mph top speed, which has been proven on the Bonneville Salt Flats, and although Lightning say that they are built to order, there are no dealerships and none known to be on British roads.

For the rest of us speed junkies, the new Hayabusa joins a ‘300’ club populated by new generation superbikes like the BMW S1000RR and Ducati Panigale V4S.