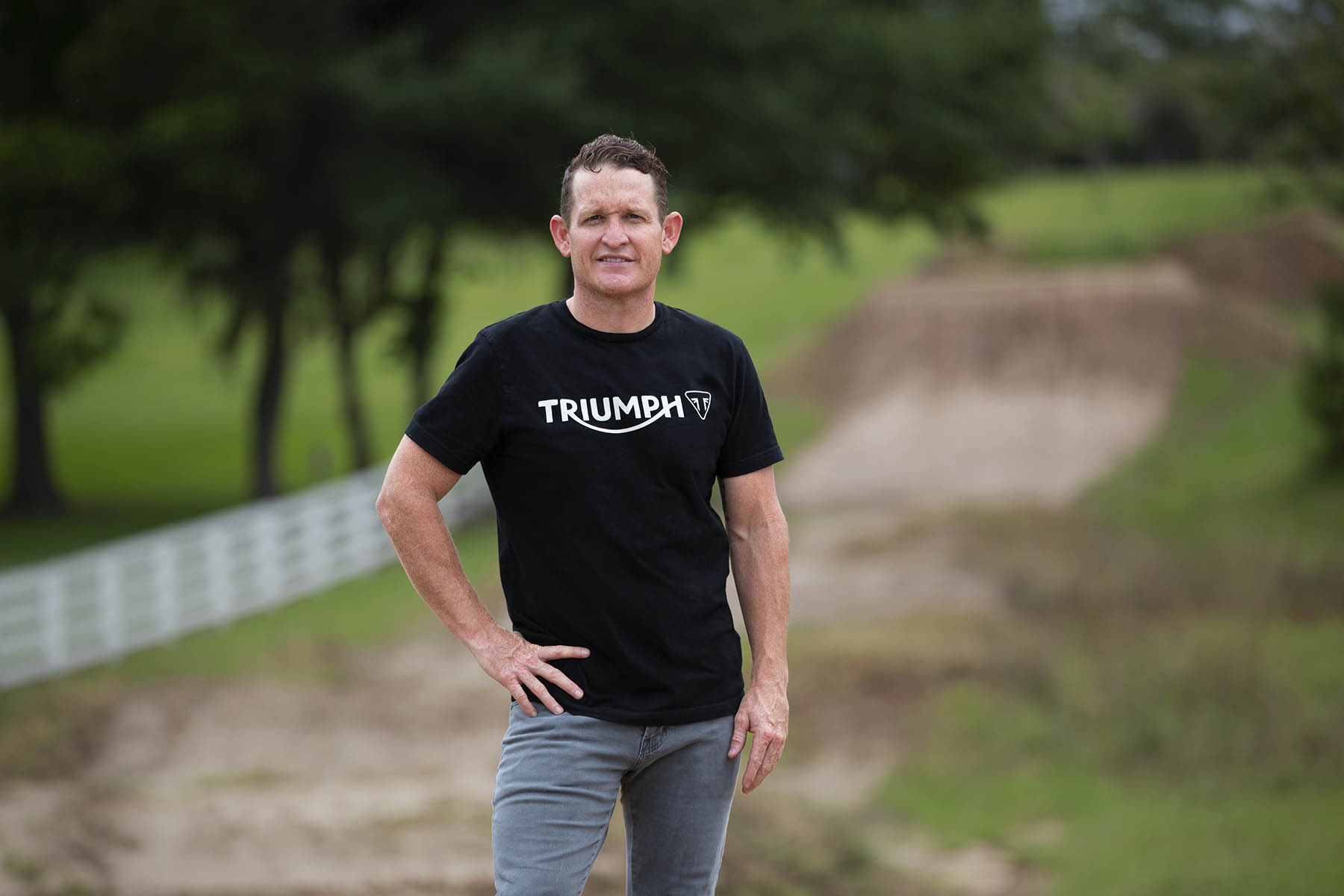 This one caught us by surprise! Triumph have just announced that they will be entering into the off-road world, with development already underway “to create a comprehensive range of all-new competition Motocross and Enduro motorcycles.” Triumph have also announced that there will be a Triumph factory race programme too, which will link up with top tier championship racing in both the Motocross and Enduro scenes, around the world.

They mean business as well, as they’ve not only already signed up motocross legend Ricky Carmichael (pictured), but they have the five-time Enduro World Champ Iván Cervantes on their roster too.

Nick Bloor, the CEO of Triumph said: “Today’s announcement marks the beginning of a new chapter for the Triumph brand, which everyone at Triumph is incredibly excited to be part of. We are 100% committed to making a long-lasting impact in this highly competitive and demanding world, with a single-minded ambition to deliver a winning motorcycle line-up for a whole new generation of Triumph riders”

Keep your eyes peeled in the next few months, when Triumph say that they’ll have a full reveal of their machines, alongside the racing program too.