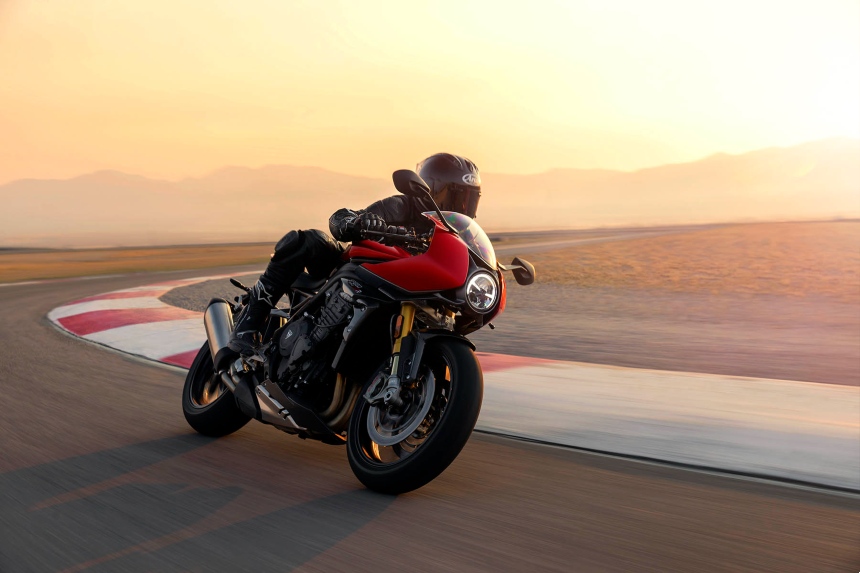 There’s no denying that café racers have come on leaps and bounds in the last 10 years or so, transitioning from being snazzy shed built specials to becoming a huge sector in terms of new machinery in very little time. It’s a fact that Triumph have been at the very forefront of this charge too, and now, they’ve given us their modern take on the café racer: the Speed Triple 1200 RR.

Based heavily on their supernaked, the Speed Triple 1200 RS, the RR comes equipped with the very same lightweight, low inertia 1160cc inline three-cylinder motor, which produces 176.6bhp @ 10,750rpm, alongside 125Nm torque @ 9,000rpm. The chassis remains the same, as do the big Brembo Stylema brakes and the electronics: it comes with all the bells and whistles in terms of technology such as cornering ABS, traction control and wheelie control, which all vary depending on which of the five riding modes you’re in.

Not one to miss out on tech, the Speed Triple RR has also been given a quickshifter and autoblipper, LED lights throughout and a fairly hefty 5” TFT dash. Keyless ignition and My Triumph Connectivity is also included as standard, which allows you to pair up both a phone and GoPro to the bike too.

But it’s not all the same, oh no. The first thing you’ll notice is that new cockpit fairing and the single round headlight, which gives a vastly different appearance to the RR’s stature compared to the RS that it’s based on.

Triumph have then given the café racer a more focused stature and riding position, thanks to the clip-on handlebars which are 135mm lower and 50mm further forward than on the RS, working with those tailored footpeg positions which create a much more aggressive riding position. 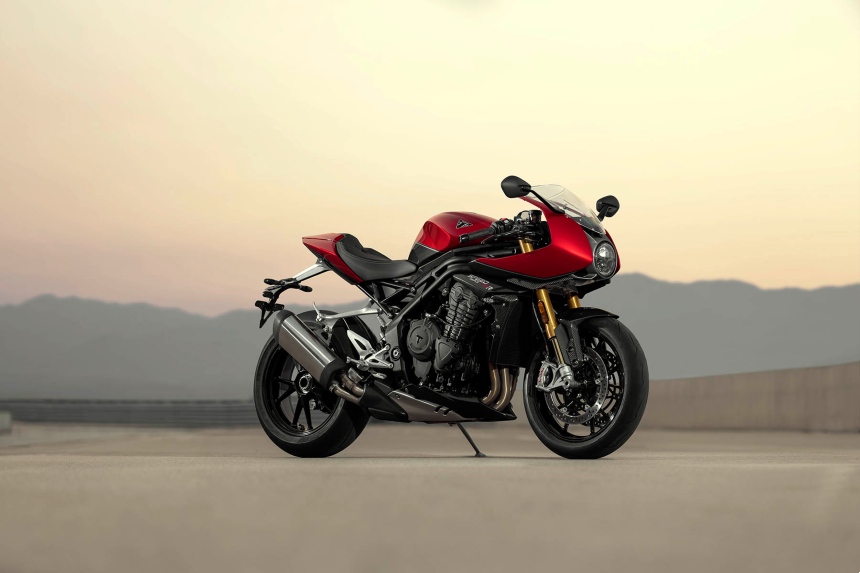 They’ve then gifted the RR with the very latest (and in fact the greatest) Öhlins electronic suspension on the market, EC 2.0, and they’ve finished the package off with some incredibly sticky Pirelli Supercorsa SC2 V3 rubber.

The Speed Triple RR will set you back £17,950, comes with a two-year unlimited mileage warranty, 10,000 mile service intervals and will be available from January 2022. Keep an eye out on Insidebikes for a full review, coming soon!