Will Black Box Insurance Be Available For Motorbikes? 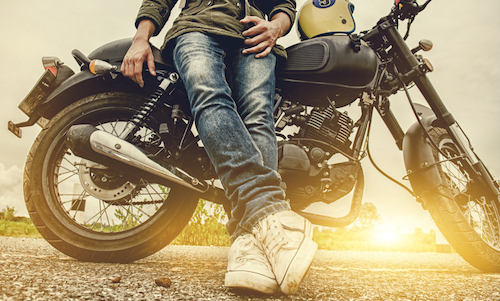 When it comes to measuring the performance of a road user, black box devices are handy. Also known as telematics, the technology works by tracking a vehicle’s movements through GPS and allows insurance providers to assess an individual’s skill. Location, acceleration, cornering and braking can be taken into consideration, which is why black boxes are used for cars. But could the technology ever be used for motorbikes?

There are a number of issues that come with combining black boxes and motorbike insurance, though there is a belief the technology could be beneficial in future.

How would black boxes work with motorbikes?

Telematic devices are lightweight and can be held securely, so installing one wouldn’t be an issue. The box would plug into a motorbike’s electronic control unit, tracking speed and movement in a similar way to how it would be used in a car.

What are the challenges of black box motorbike insurance?

A major reason why telematics aren’t used in motorbikes is because of the data capture process. Riding a motorbike is a lot different to driving a car, especially when it comes to braking, accelerating and road position. It’s possible that telematics scores for motorcyclists would be a lot worse than for car owners, which would stop people from utilising the technology.

Another challenge is lifestyle, as many riders see motorbikes as more than a mode of transport. The idea of being watched or feeling restricted may not appeal to a rider. This is something the British Motorcyclists Federation (BMF) has taken into account.

BMF Government Relations Executive Graeme Hay has said “motorcycling is seen by many BMF riders as an experience in personal freedom. This feeling extends to a far greater degree than that experienced when driving a car. It will come as no surprise then to learn that riders are likely to be very unwilling to accept such devices onto their bikes under any form of compulsion.”

Are there any benefits?

Despite the opposition, using telematics could have a range of benefits for motorcyclists. For example, a black box would be advantageous to young, inexperienced riders who are likely to be quoted with higher premiums. If a young rider knew they could get cheaper insurance based on performance, it could encourage them to improve their overall skills.

Another potential benefit is a black box helping with the recovery of a stolen motorbike. An insurance provider would be able to track the location of a machine, saving time and energy for the police and owner.

Given that telematic car insurance exists, it seems inevitable that the technology will be applied to motorbikes one day. It all depends on the preference of a rider.

At Carole Nash, we provide a range of motorbike insurance policies that are designed to give you peace of mind.