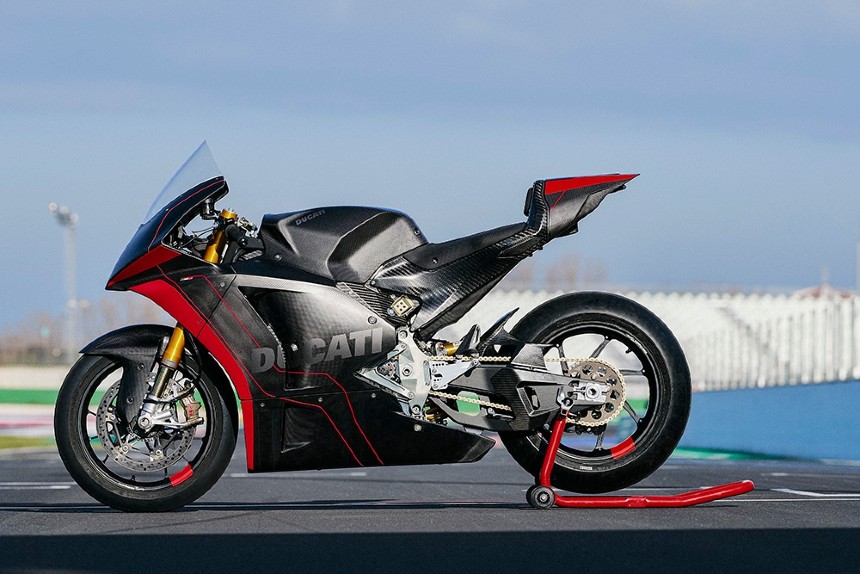 The Italian brand shook the motorcycling world earlier this year when it announced it was making an electric race bike, which will take over from Energica as the spec machine for the MotoE World Championship from 2023.

While no specifications of the prototype have been given, the released photos show a svelte machine with a very conventional look about it. Although conceived as a race machine, Ducati has confirmed that they are aiming to produce a ‘sporty’ and ‘light’ electric motorbike for the street ‘as soon as the technology allows it’.

After the test, Pirro told the press: "Testing the MotoE prototype on the circuit was a great thrill because it marks the beginning of an important chapter in Ducati history. The bike is light and already has a good balance. Furthermore, the throttle connection in the first opening phase and the ergonomics are very similar to those of a MotoGP bike. If it weren't for the silence and for the fact that in this test, we decided to limit the power output to just 70% of performance, I could easily have imagined that I was riding my bike." 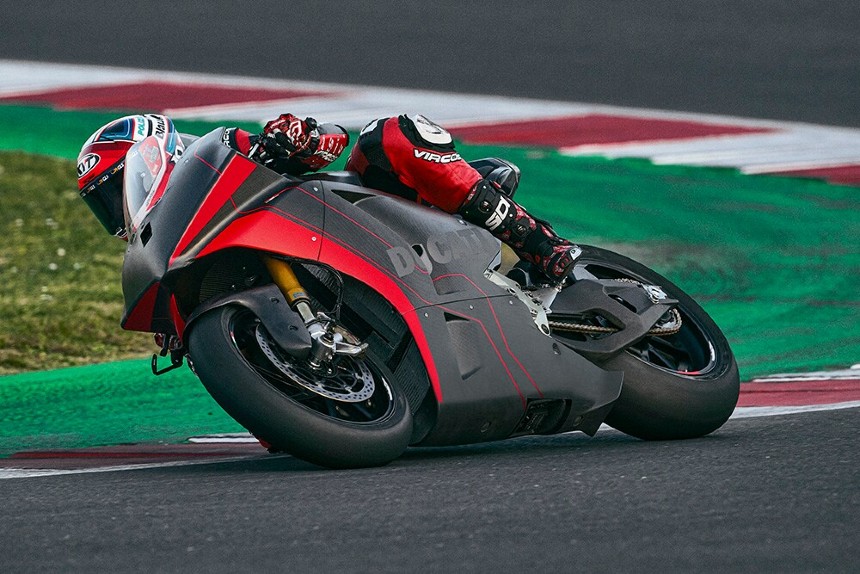 Roberto Canè, Ducati’s eMobility Director, added: "We are experiencing a truly extraordinary moment. I find it hard to believe it is reality and still not a dream! The first electric Ducati on the track is exceptional not only for its uniqueness but also for the type of undertaking: challenging both for its performance objectives and for its extremely short timescales. Precisely for this reason, the work of the whole team dedicated to the project has been incredible and today's result repays us for the efforts made in recent months. We are certainly not finished yet; indeed, we know that the road ahead is still very long, but in the meantime, we have laid a first important 'brick'."

Ducati is the first legacy manufacturer to show its hand in producing a sporting electric motorbike. Of the mainstream manufacturers, so far only Harley-Davidson have put a large capacity bike into production, in the form of their LiveWire. Triumph are known to be working on an electric project, funded by British taxpayers and in collaboration with other UK engineering firms, leaving electric start-ups Zero and Energica as the only other options for a high-performance electric motorcycle.

Modena based Energica has been the sole supplier of bikes to the MotoE World Cup since the start of the series in 2019, using the Ego Corsa, a modified version of its road-going Ego superbike.