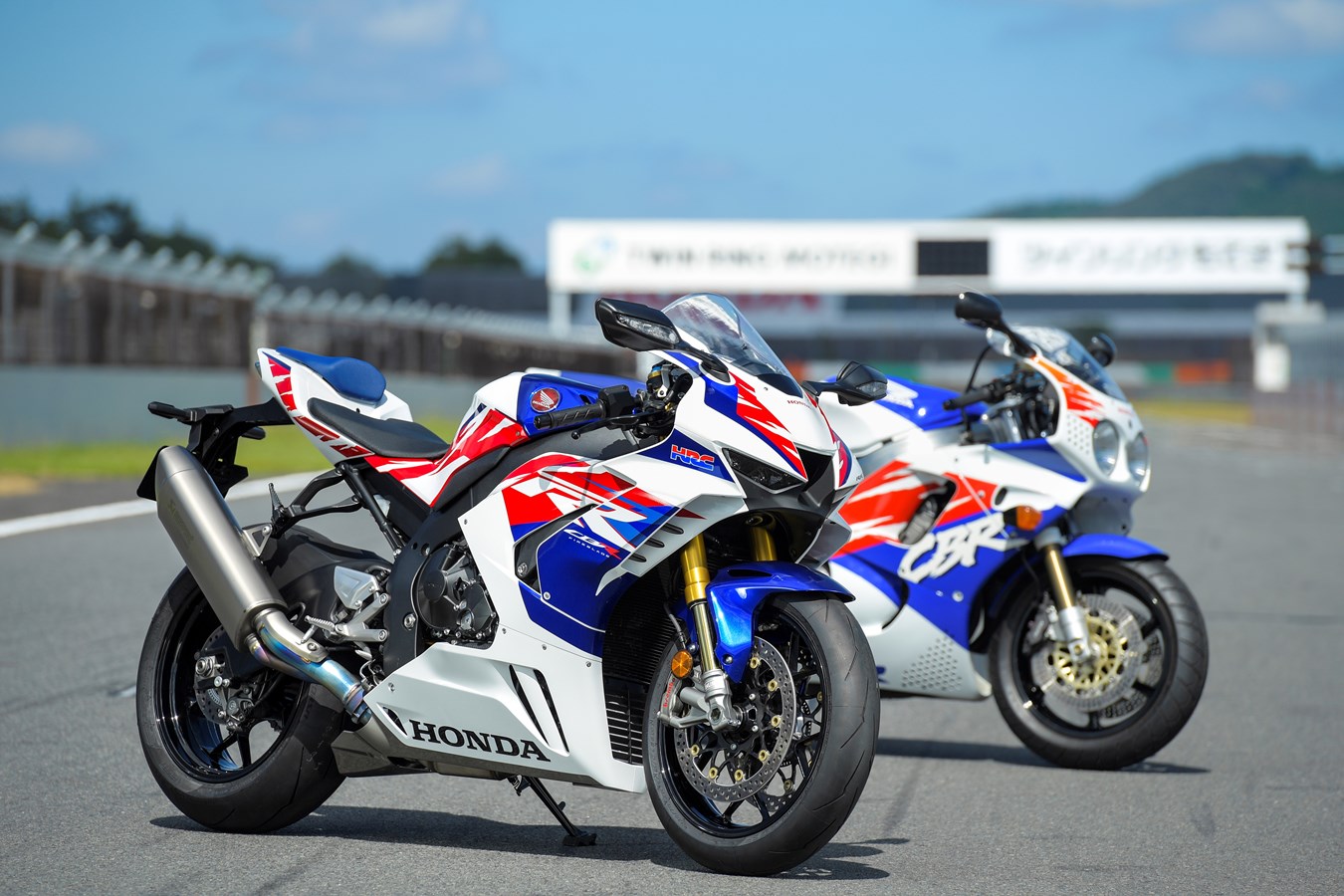 If you were around the motorcycling scene in the early Nineties, you can probably still remember the impact the first Honda FireBlade made when it arrived for 1992. Magazine reviewers (for these were in the days before the internet) raved about the new machine. It was lighter and faster from point to point than anything else… and it sold by the tens of thousands to sportsbike riders around the world.

To put it into context, the sportsbike market was very different in 1992. The 1980s had been a transitional period for sportsbikes, marking the change from lightweight two-strokes and unfaired monsters to the genesis of the bikes we know today.

The new Superbike World Championship had arrived in 1988, dictating a 750cc capacity for four-cylinder machines. As a result, all the Japanese manufacturers had a 750 as their flagship sportsbike, while the more powerful 1000s were generally big and bulky.

Honda’s engineers originally set out to build a CBR750RR, but with Honda’s racing programme utilising the limited run V4 RC30, project leader Tadao Baba decided that he didn’t need to follow the rules dictated to by racing regulations. The result was a staggering machine which blew the competition out of the water.

So the 1992 Honda CBR900RR FireBlade (to give it its full title) brought a whole new philosophy to motorcycling, an extreme approach which continues to this day. Power was one thing, but so was weight. Honda’s top road-based sportsbike, the CBR1000F, made 135bhp, impressive for the day, but weighed a claimed 249kg before any fuel even touched the tank. The idea was to make the power of a 1000cc bike, but with less weight than a 750. 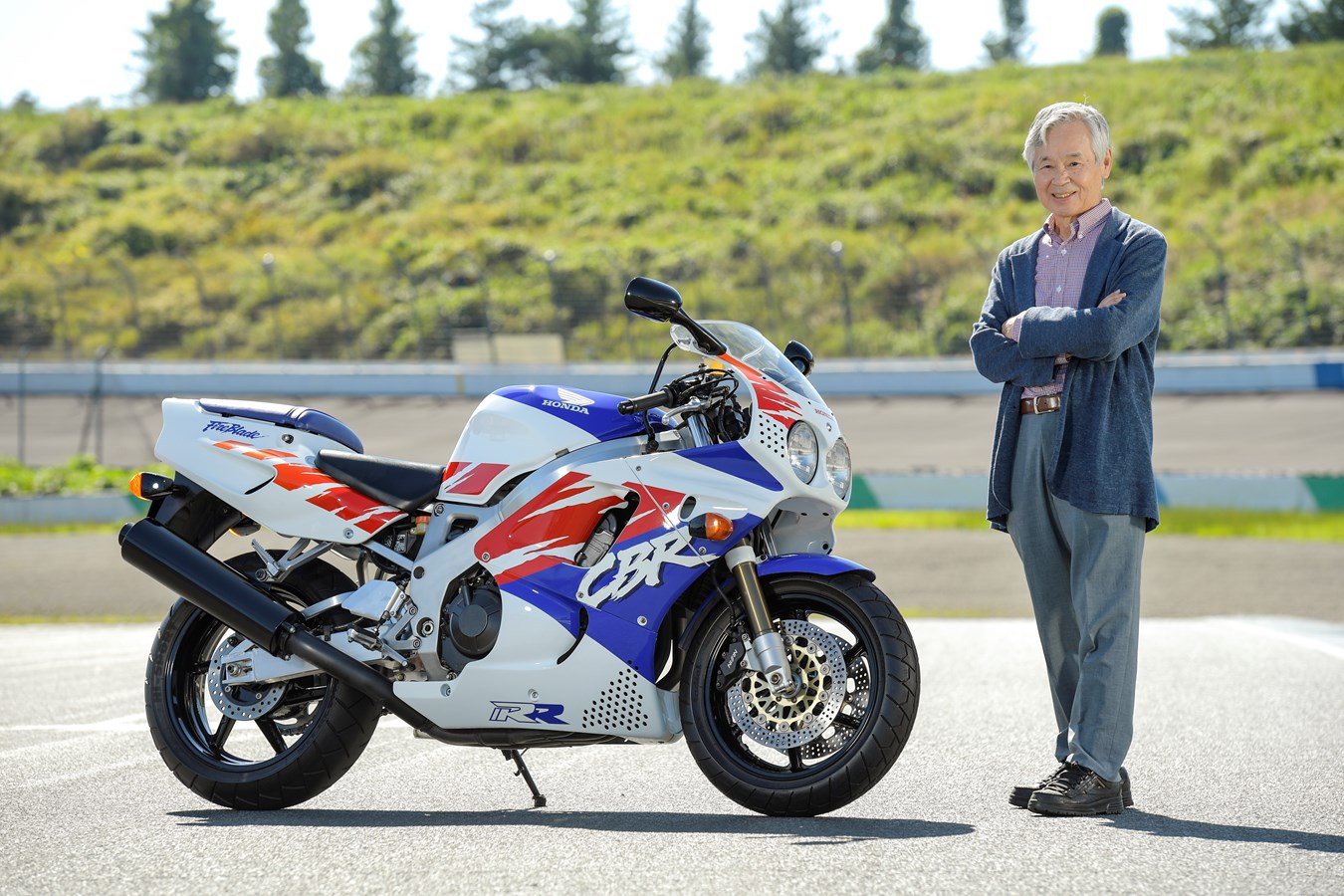 And Baba-san was obsessive about weight saving. He eschewed the latest (and very fashionable) inverted forks, going for telescopic ones because they were ever so slightly lighter. The front wheel was an unusual 16”, because it was lighter than the more normal 17” and there were even holes drilled in the fairing to save a few more grams. The result, a claimed 185kg (dry) was over 10kg less than the best of the 750s, the Yamaha YZF750R, which was unfortunate to be launched around the same time. Baba-san also settled on an 893cc engine to keep the dimensions of a 750 motor, but power closer to a litre bike. The result was a claimed 122bhp, which was a smidge more than the Yamaha, not to mention Kawasaki’s ZXR750 and the Suzuki GSX-R750. Yamaha’s FZR1000R EXUP was arguably the ‘Blade’s closest rival but, weighing almost 30kg more, it was nowhere near as sporting or engaging to rider.

The styling didn’t disappoint either, with an aggressive stance, distinctive twin headlamps and vivid graphics. There were at odds with Honda’s typically conservative looks and gave the bike buying public something never before seen.

The FireBlade evolved throughout the 1990s, with regular updates to quench the insatiable thirst for super fast sports bikes. It became faster and more powerful, although by the end of the decade new competition in the form of the Yamaha YZF-R1 had moved the game on. The 2000 FireBlade made 151bhp from a 929cc motor. It weighed a claimed 170kg and wore more conventional 17” wheels and upside down forks, but the following year Suzuki came along with the first GSX-R1000 and claimed 160bhp in a package also weighing 170kg.

That marked the start of a superbike arms race, with the Japanese manufacturers (Kawasaki got in on the act in 2004 with the ZX-10R Ninja) updating their machines every 24 months until the global financial crash at the end of the decade.

By that time the CBR900RR FireBlade was no more, having been replaced by the all-new CBR1000RR Fireblade in 2003. Racing regulations had changed to reflect the bikes in the market place and the ‘Blade replaced Honda’s fancy V4s in world and domestic superbike championships. It enjoyed quite some success on the race track, although the only superbike world title came in the hands of Britain’s James Toseland in 2007. 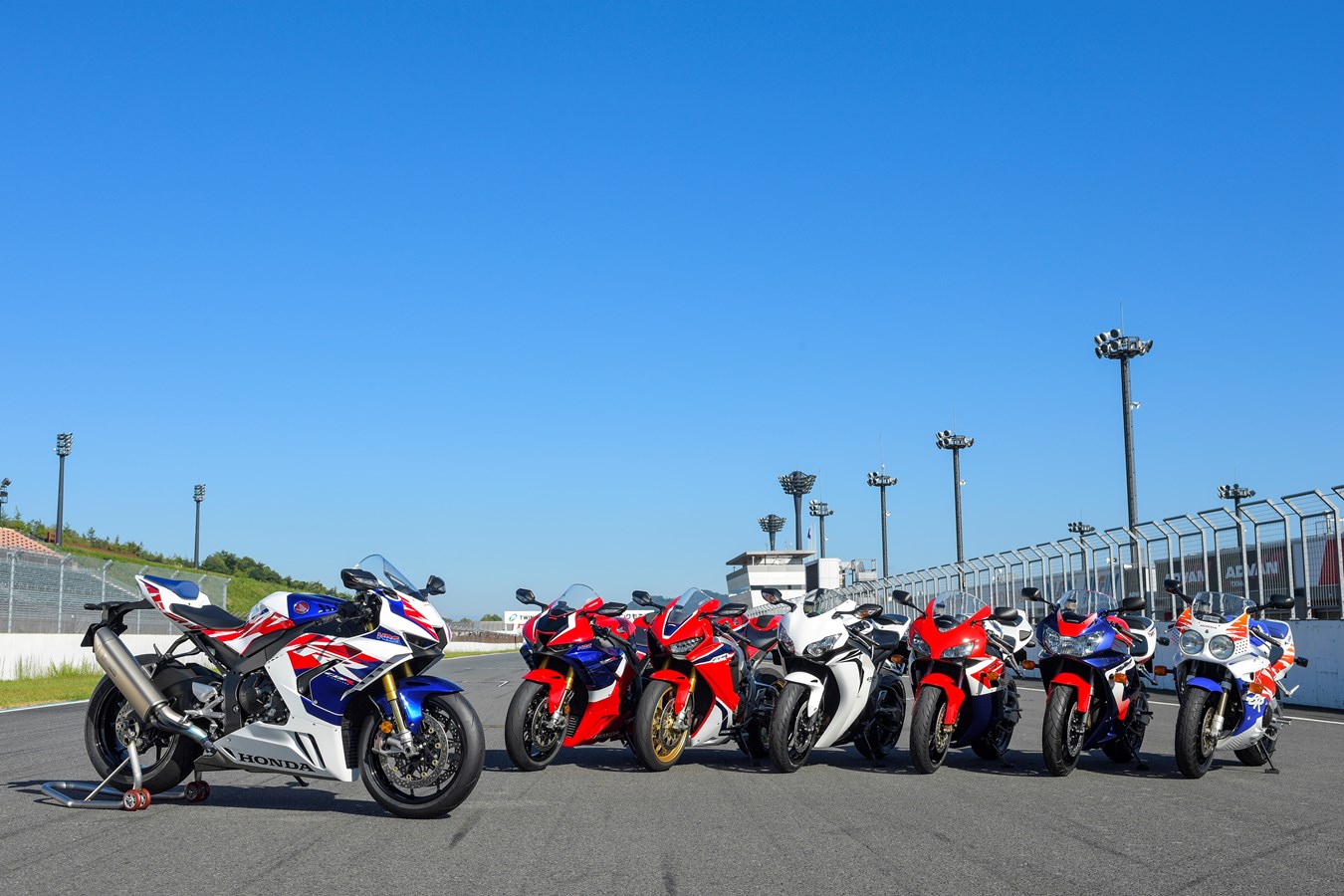 The latest generation Fireblade, the CBR1000RR-R, arrived in 2020, wearing an extra ‘R’ in the title and bringing Honda into the illustrious 200bhp club. Despite utilising cutting edge electronics, it still proved a little trickier to ride than its competition, and this year an update has been brought out with a focus on improving mid-range acceleration and usability. Honda is also celebrating three decades of its masterpiece with a special livery on the range topping CBR1000RR-R Fireblade SP. Inspired by the red, white and blue colours on the 1992 originals it is a reminder that this is a motorcycle with unrivalled heritage. Honda has also applied the same colours to its British superbike machines and got off to a perfect start when Glenn Irwin won all three races at the opening round of the 2022 season.

And while the modern ‘Blade is right up there with the very best superbikes on the market today, early ones are now bona fide classics and actually meet motorcycle insurance specialist Carole Nash’s definition of ‘Vintage’, being 30 years old.

These days new Fireblade sales are a fraction of what they were back in the heyday, but that has more to do with changes in consumer tastes than the bikes themselves. Just as Kawasaki’s ZX-10R Ninja, Suzuki’s GSX-R1000 and Yamaha YZF-R1 remain hero bikes in their respective ranges, so the latest Honda CBR1000RR-R remains a flagship model for the Big H – providing a platform for racing successes in superbike, superstock and endurance racing and giving sportsbike riders a 200bhp missile that can more than cut it with the best of the best.