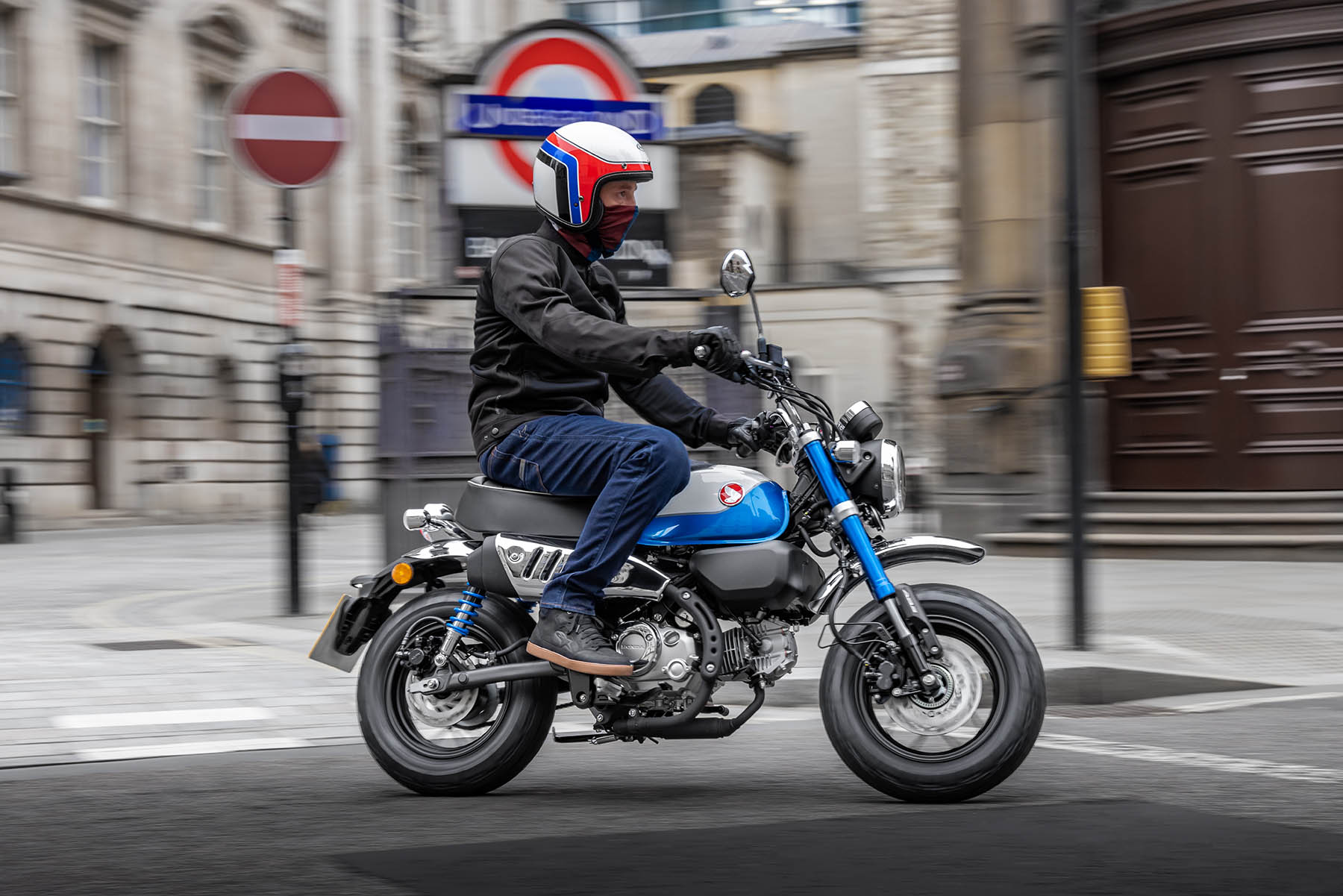 Honda’s monkey has been a real hit since its rejuvenation back in 2018. And now, the Big H has shown it even more love…

From being originally developed as a toy for amusement parks back in the 1960s to being a fashion icon in the 1970s, Honda’s Monkey has had a seriously colourful past. The manufacturer gave it a rebirth as a 125 three years ago. But now, it comes equipped with an uprated engine, a larger gearbox, refined suspension and some shiny new colour schemes, which Honda tell us not only improves the ride, but increases its usability too.

The 2021 Monkey now comes equipped with the 124cc air-cooled engine from the Grom, which will pump out 9bhp and 11Nm torque, with a load of updates that span everything from a new intake duct for a smoother airflow to a brand new five-speed gearbox, which should make cruising at higher speeds easier.

It’s not just the engine that’s been improved though. Honda also tell us that they’ve smoothed out the ride, thanks to two-stage springs in the rear shocks, which will work alongside the inverted front forks, 12-inch diameter tyres and steel backbone frame to provide a plush ride, both on and off road.

You also get a steel rear carrier that allows you to attach anything up to 3kg to the back as standard, and you will also be able to pick it up in the in a snazzy new blue colour scheme too.

There’s no word on price just yet, but they will be available towards the end of summer.