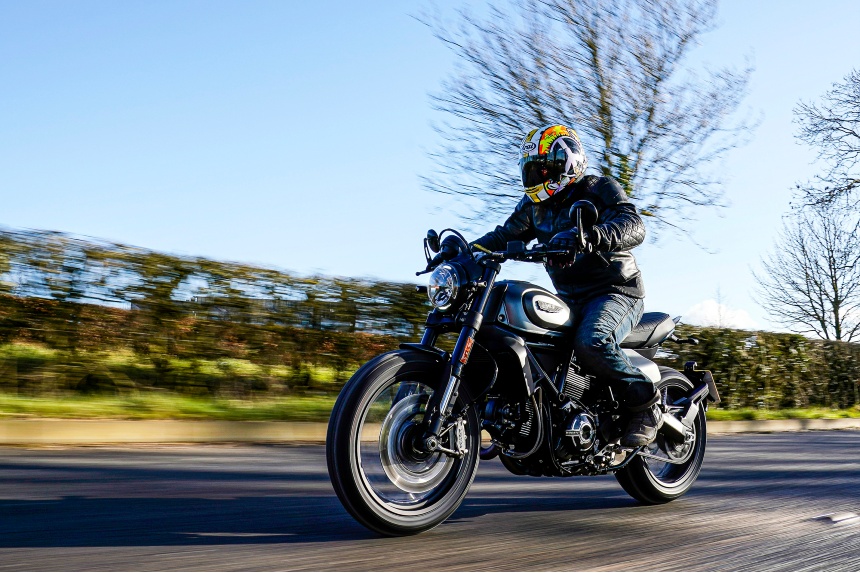 Ducati’s Scrambler range has been on quite a journey since being announced at the end of 2014.

As the name suggested, the model paid homage to the 1970s Stateside off-roaders that had been a huge success for the Italian brand. Pretty, affordable and easy to ride, the model (or rather four models, as the family had a number of cheerily named variants including the Icon and Flat Track Pro) proved a hit and brought a number of new Ducatisti into the fold.

Over the years we’ve seen a number of new variants arrive (and in many cases go) from the sensational pumped-up-on-steroids Desert Sled, to the less impressive 400cc Sixty2 and even a Scrambler 1100. Now, as we move into 2021, Ducati has simplified the Scrambler range (although there are still an astonishing range of models featuring varying degrees of road/off-road styling), removing the Café Racer and Full Throttle, and introduced one new model, the Nightshift. 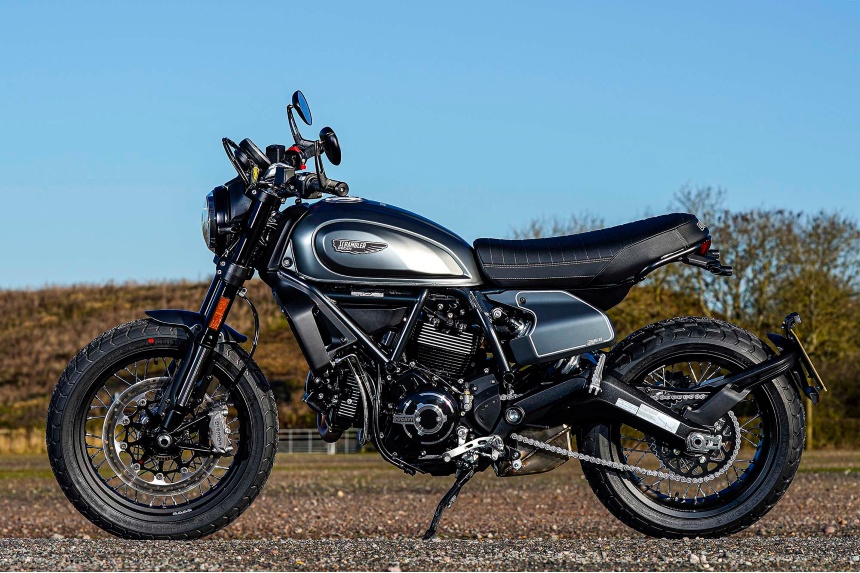 The straightforward 803cc, air-cooled, L-twin engine has been at the heart of most Scramblers (except the 1100 and Sixty2) and is loosely based on the old Ducati Monster 796 engine (which produced a quoted 87bhp). Bore and stroke are the same but valves, injectors, exhaust, intake, airbox are all completely different, helping it comply with the latest Euro5 emissions laws. In 2019 Ducati introduced a hydraulic clutch, instead of the conventional cable, and in the Nightshift the motor remains unchanged. The ‘base’ of the engine is over ten years-old, and output is now down to 72bhp at 8250rpm, with 66.2Nm of torque at 5700rpm.

These figures may not impress your mates down the pub, but the engine is bulletproof, eminently usable and, importantly in this market, attractive to look at. Ducati could have gone searching for more power with a more modern water-cooled engine, but it wouldn’t have had the visual charm and character of the simple air-cooled L-twin. Power delivery is smooth and friendly, and there is a lovely connection, even at low speeds. Peak torque is at just 5700rpm so there’s no real need to rev the twin; instead short-shift and enjoy the usability of the Desmo motor. Character is an oft overused word, but in the context of the Scrambler it’s a key selling point.

The straight and narrow handlebars, complemented by racy bar-end mirrors and retro side-mounted number boards, give the impression of a radical riding position, but in reality, it’s much more easy-going than it appears. The new bars are not as effortless as the standard Icon’s more traditional Scrambler bars, but, equally, they aren’t extreme or uncomfortable, even at low speeds.

On the Nightshift you’re further forward in the chassis, more over the fuel tank, which gives a racier feel. You feel more compelled to hang off the Scrambler mid-corner, rather than sit back and simply turn in a traditional manner. I like it, though, the riding position encourages you to tuck in, and push the lightweight chassis a little more.

What remains true is that the Ducati Scrambler Nightshift retains the values that have made the Scrambler sub-brand such a success in recent years, namely great looks, a soulful engine and a riding experience which is both involving yet intimidating.

The Nightshift is an excellent first bike, a soothing step into the Ducati brand. The fact that it looks like a one-off special and not a standard production bike can only add to its charm. My only concern is the price.  We are now close to £10K for an entry-level Ducati. Yes, I know this is a prestigious brand, and the bike looks spectacular, but I think the increase in price from the original in 2014 might be a little too much for first-time buyers – only time will tell.