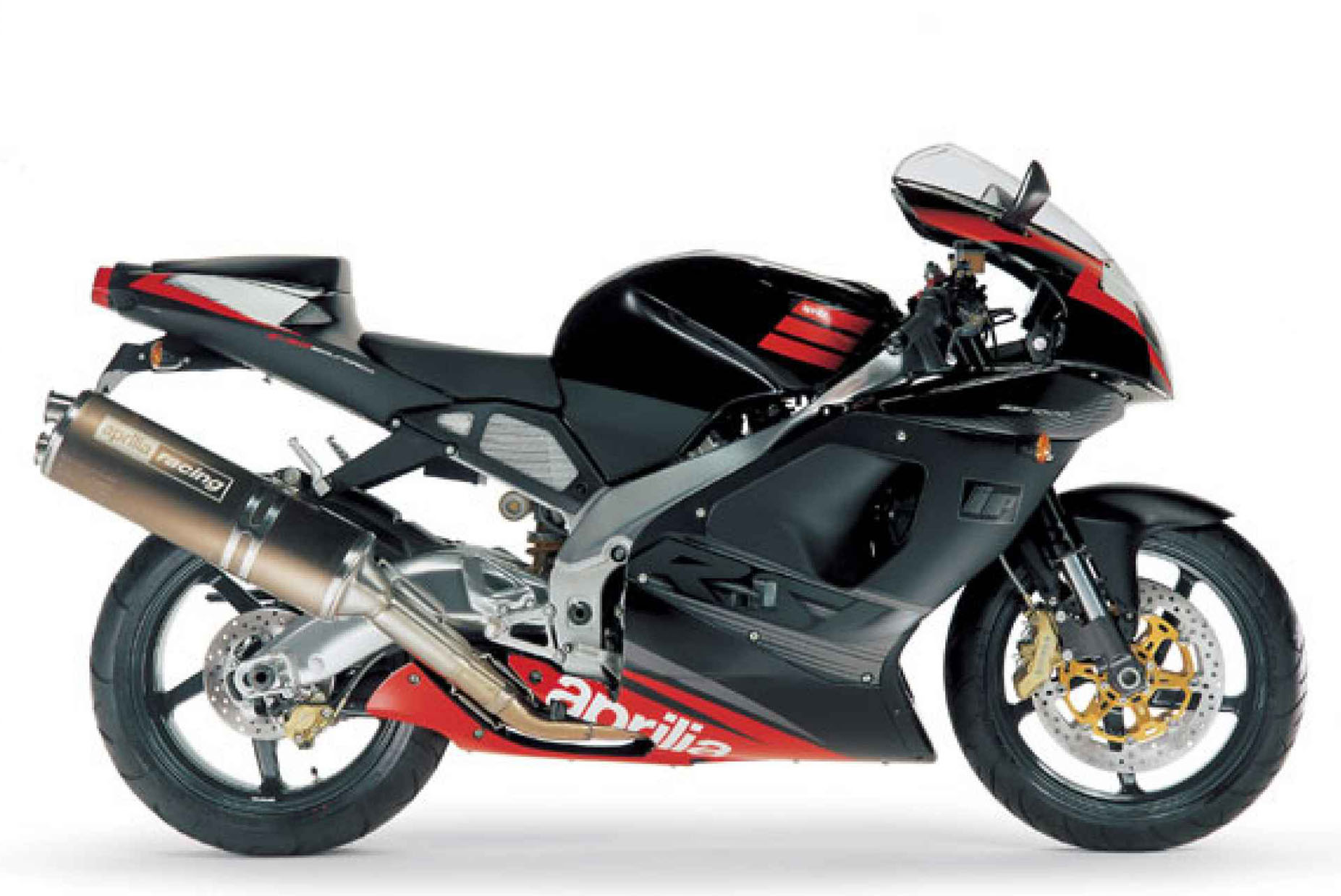 Brits love their faired sportsbikes and after almost four decades of race replicas, there are now some serious bargains to be had for those of us looking to for some cheap thrills this summer.

There are plenty out there, as a look in the classified ads will confirm. Want some inspiration? Here’s five of our budget busting favourites…

While it may be the case that sales of new 600cc sportsbikes are on the floor, they remain popular on the second market.

It’s a class where all the major manufacturers have all had a strong presence over the years, with Honda, Kawasaki, Triumph and Yamaha all laying claim to building the class-leading ‘supersport’ bike from time to time, but don’t forget the Suzuki GSX-R600 – which makes a great value second-hand sports bike.

The Suzuki is often overlooked, perhaps because the manufacturer took a slightly different approach to developing its 600cc contender. For the road rider, one of the best things about the 600 is that it’s a dead ringer for the bigger 750 and 1000cc ‘Gixxer’ models, which is no coincidence as all three were developed in parallel.

Where Honda, Kawasaki and Yamaha only competed in the 600 and 1000cc sectors, Suzuki remained loyal to their iconic GSX-R750. As a result, the 600 and 750 versions of the ‘Gixxer’ had virtually identical chassis, which in many ways affected sales. Given the choice between the 600 and 750, many buyers opted for the more powerful 750. That means that comparatively few GSX-R600s were sold back in the day, and today they are comparative bargains on the second hand market, with the last (2011 onwards) generation bikes coming in at less than £5k and earlier models often found for less than two grand.

Fancy some old skool Ninja grunt with a sportsbike that bridges the gap between 1990s analogue and 2000s techno?

The ZX-9R Ninja was a real inbetweener, failing to fit into any of the emerging niches when it came along in 1994, but that didn’t stop it from selling really well back in the day.

Honda’s CBR900RR was naturally the main competitor, but where the FireBlade was designed with an emphasis on the chassis, designed to be light and agile, the Ninja was more bludgeon than blade. The 125bhp motor was an absolute monster, in the great Kawasaki tradition, and a good 15bhp up on the FireBlade’s. The company’s loyal fans couldn’t get enough of it.

Why? In a world where race replicas were getting smaller and smaller, the Ninja was generously proportioned and made for real riders on real roads, not just lightweight race jockeys on the track. And that motor was a peach, lusty and gorgeous sounding under acceleration. The extra grunt made it feel much faster than the 750cc fours that were the standard convention for sports bikes, but in a chassis that was sportier than the litre bikes of the time, like Yamaha’s ThunderAce. By the time it was replaced by the ZX-10R for 2004, the old ZX-9R was putting out in excess of 140bhp – competitive with full-on litre bikes like the Yamaha R1 and GSX-R1000, even if the chassis was nowhere near as sharp.

These days they’re probably the cheapest fix of power you can buy. We’ve seen examples on sale with a full MoT for less than £1000, and £3000 will bag you a great late model. Bargain!

Another sportsbike that was never really a race replica, the Daytona 955i was launched as the T595 in 1997 and marked a real change in direction for Triumph. With its swoopy bodywork, polished frame and single-sided swingarm, it marked a real milestone for the recently revived Triumph.

It was no FireBlade, but still a refreshing alternative for grown ups who wanted a classy sportster with a unique appeal.

That uniqueness came in the form of the 955cc three-cylinder engine, which was a real peach (even if the gearbox was a bit crude). After a few years the T595 code name was dropped to avoid confusion about the Daytona’s engine capacity (some potential customers were confused by the name and thought it was a 600cc machine) and later examples got more angular styling that was more generic than the beautiful originals.

As a second hand buy, the Daytona represents a lot of bike for the money. Early examples in the distinctive Strontium Yellow are arguably the most prized and most likely to be collectable in years to come. Do be aware that the plastic tanks have a real tendency to swell with modern ethanol fuel, causing the paint to bubble. The desirable yellow paint is almost impossible to match, making minters very rare indeed.

Price tends to be based more on condition than age, and even perfect examples rarely top £4000. Three grand gets a nice, usable example of a British built bike that still has a loyal following more than two decades after its introduction.

Just because you want a sports bike doesn’t mean you have to run with the pack. American made Buells are Marmite among motorcyclists and those who love them really love them.

Quirky doesn’t really come close to describe it. Early Buells were powered by 45-degree V-twins straight outta Milwaukee. Sourcing a sportsbike engine from a Harley-Davidson cruiser doesn’t sound like it will work, and it certainly limited the appeal of the brand to many motorcyclists.

Buell boss Erik Buell didn’t do conventional and nowhere was that more obvious than in the chassis design. Mass centralisation was Buell’s mantra. The frame doubled as the petrol tank, while the single front brake disc is attached directly to the front rim and is grabbed by an eight piston caliper. Belt drive too is an unusual addition to a sports bike and adds to the Buell’s quirkiness, along with the distinctive bodywork.

The 1125R is certainly not everyone’s cup of tea, but you won’t know if it’s to your taste or not until you try one. Get it and you’ll love it, hate it and you won’t. These are not mass market bikes, so don’t be afraid to negotiate the price down. Not many were sold, making them rare on the second hand market. Somewhere between £4-4500 should pick up a good example (although most are cherished by their owners and abused ones are rare) and for that you’re getting something really different and a slice of history. Buell went out of business in late 2009, meaning that the 1125R was only in production for a little over a year.

Does that mark it as a classic in the making? Who knows, but if you like ploughing your own furrow in life, the 1125R might be just the bargain sports bike for you.

Fancy a piece of Italian exotica for less than £3k? Forget Ducati, it’s an Aprilia RSV1000 you need in your garage.

Ok, so maybe it’s not quite exotica, but the RSV is still an awesome V-twin superbike that’s a real bargain these days.

Aprilia introduced the RSV Mille, to give it its proper name, in 1998. The company was riding on a high in racing terms, being near unstoppable in the 125cc and 250cc Grand Prix classes and providing the odd shock in 500s too. The RSV gave them a platform upon which to take on Ducati’s dominance in world superbikes, as well as in the showroom.

Like Ducati, Aprilia made three versions of the RSV – a standard version, the cooking R and a high end SP, which was the base for the race bikes. Dripping in the best parts available, like Ohlins suspension, Marchesini wheels and Brembo brakes, the SP models are out of reach for bargain hunters, but the base model is a true bargain and offer more than adequate performance on the road and occasional trackday. The motor, built by Rotax in Austria, is good for almost 130bhp. It’s a real stonker too, with loads of V-twin grunt.

A real alternative to the mass of Japanese fours out there.