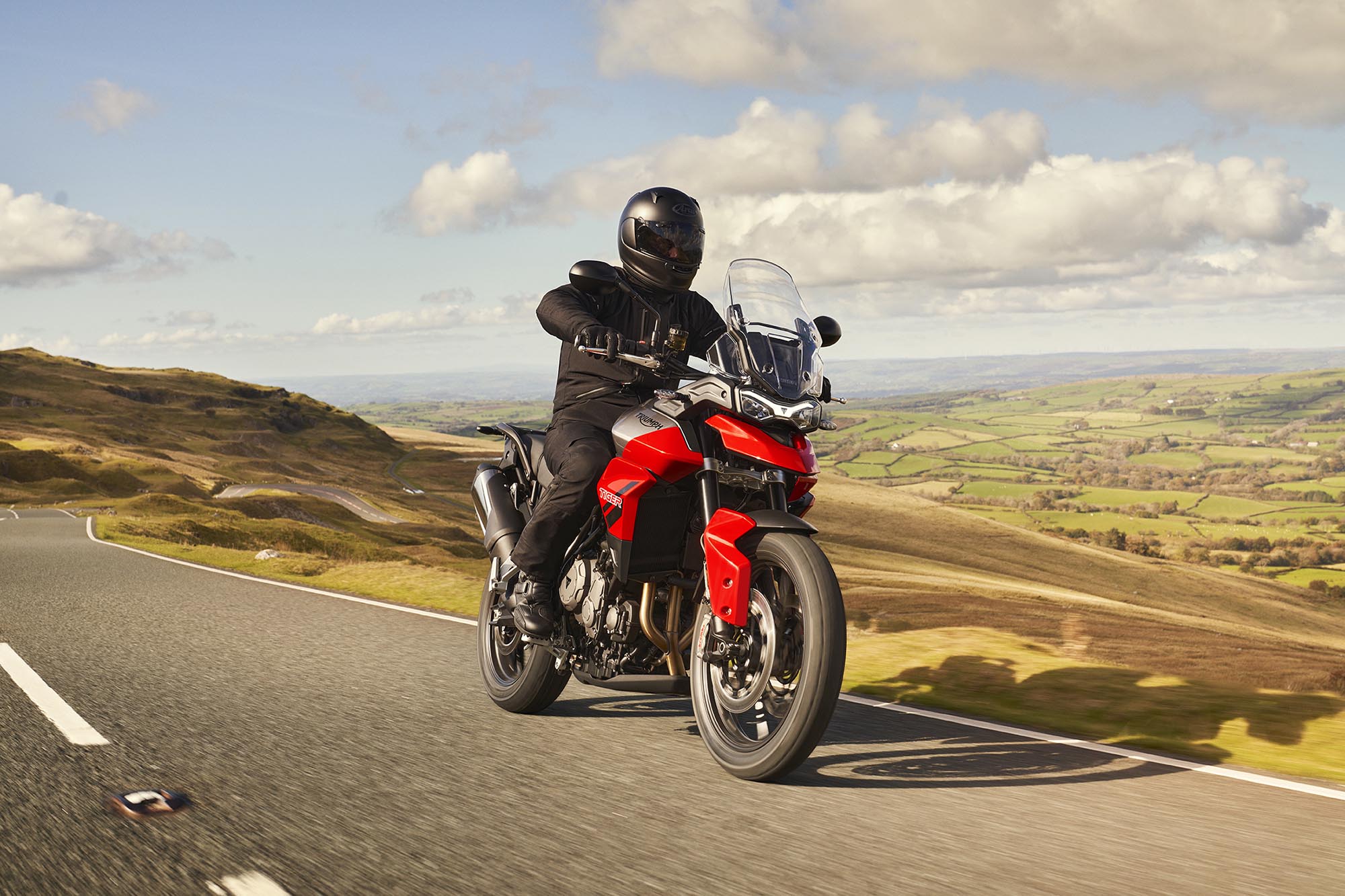 Triumph has announced a new Tiger Sport 850 for 2021, giving the British brand a more road-orientated entry-level version to its Tiger 900 line up.

The key difference between the Tiger Sport 850 and the Tiger 900, aside from the new colours and graphics, is a retuned engine. The soulful triple is 10bhp down on the one found in the Tiger 900 models, at 84bhp, allowing it to be further restricted to 47bhp for A2 licence holders if need be. Maximum torque is also down slightly, albeit with a still healthy 82Nm, but with the peaks for both power and torque coming lower in the rev range, the Tiger Sport 850 promises to be a more docile and manageable ride than the 900, which is already regarded as a fine all rounder.

Despite the budget price tag, the Tiger Sport 850 enjoys a relatively high specification, which is carried over from the base Tiger 900.

With its cast wheels (19” front and 17” rear) the more road orientated Tigers have always been relatively accessible for shorter riders and with an 810mm seat height (which can be raised to 830mm) and slim waistline, the Tiger Sport 850 continues to appeal to a wide range of riders who want an adventure style machine, without the height and weight that usually comes with them. The Tiger Sport 850 has a claimed dry weight of 192kg which, if accurate, makes it lighter than many other bikes in the class.

The 850, as opposed to 900, name distances the new model from the ‘900s’ and reflects the fact that the new model is less powerful than the more expensive Tigers. It is also in line with BMW’s strategy with its F750 and F850GS machines. Despite the naming convention, both BMWs run 853cc two-cylinder engines, with the F750GS, Triumph’s main benchmark with the Tiger Sport 850, utilising a lower specification and state of engine tune than the F850.

Triumph are offering their new Tiger in two colour combinations. Both have a graphite main body, but there’s a choice of red or blue for the mudguards and side panels. More than 60 accessories are available from the official accessory brochure, including a host of luggage options made by Givi.