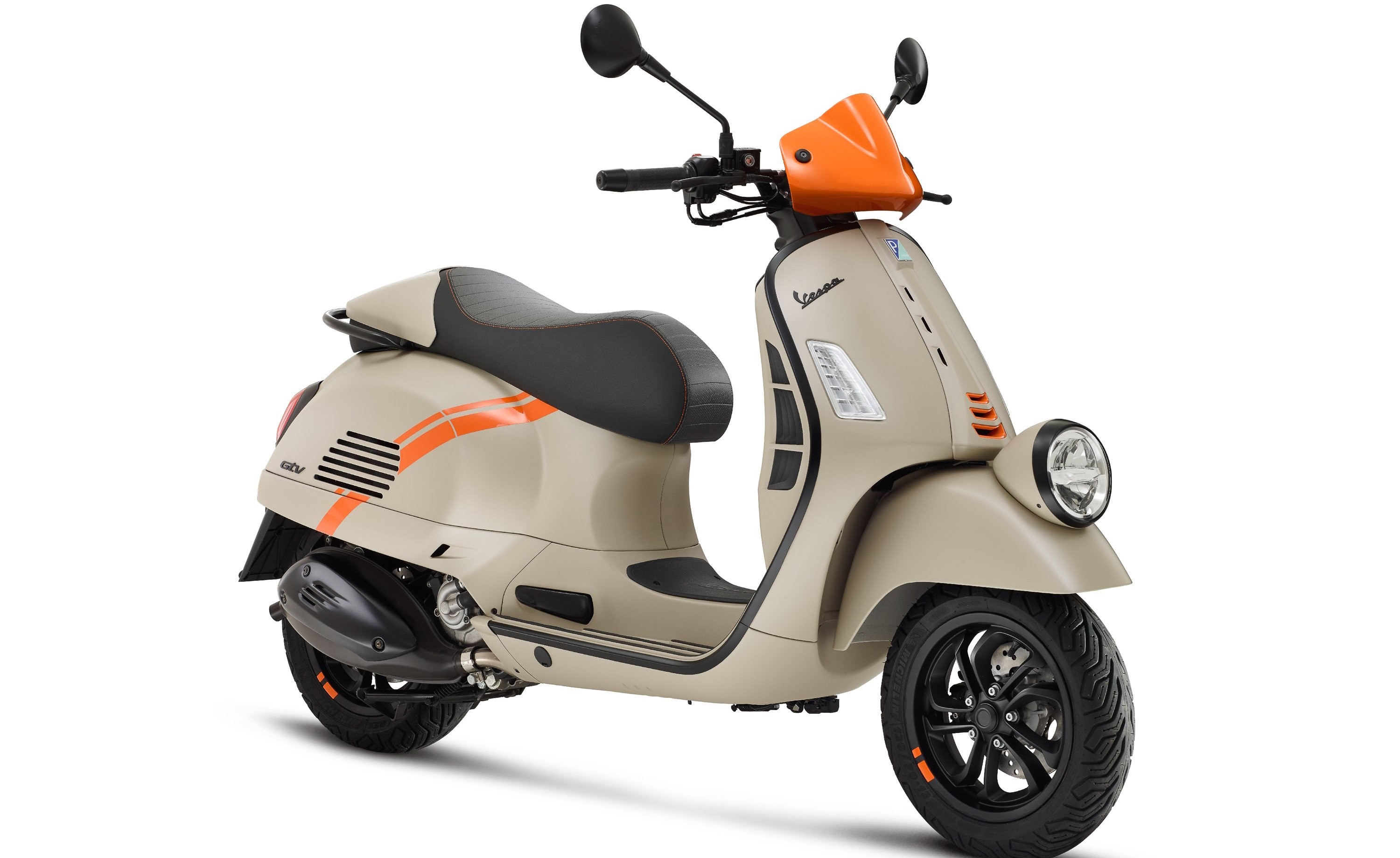 First introduced in 1947, there are few more recognisable automotive designs than the Vespa scooter.

The classic design has evolved over the decades, but those styling cues remain as identifiable as ever – even though the GTV throws a big curveball with its low-level, mudguard-mounted, headlamp.

The ‘faro basso’ headlight, flyscreen and exposed handlebars are a bit of a departure from the Vespa playbook, but the rest of the design is classic steel-bodied Italian scooter – with the low level light really highlighting the ‘neck tie’ seam down the front panel.

And while the GTV looks old fashioned, under the skin it’s as modern as a scooter gets.

With almost 24bhp on tap, the near 300cc single cylinder engine of the new Vespa GTV is the most powerful motor to sit at the heart of a production Vespa.

But it’s the styling which will hook most buyers in, and the Vespa GTV has a premium look and feel to it. The five-spoke alloy wheels are new for the GTV and although the beige colour scheme (or Beige Avvolgente Opaco to give it its proper title) sounds unappealing, the orange detailing and sporty two-tone seat (for which an optional single seat cowl is available) give a classy and contemporary feel.

There are no prices available for the 2023 Vespa GTV yet, however expect it to carry a premium over the £6,000 Vespa GTS.