Why is the BMW GS so popular? 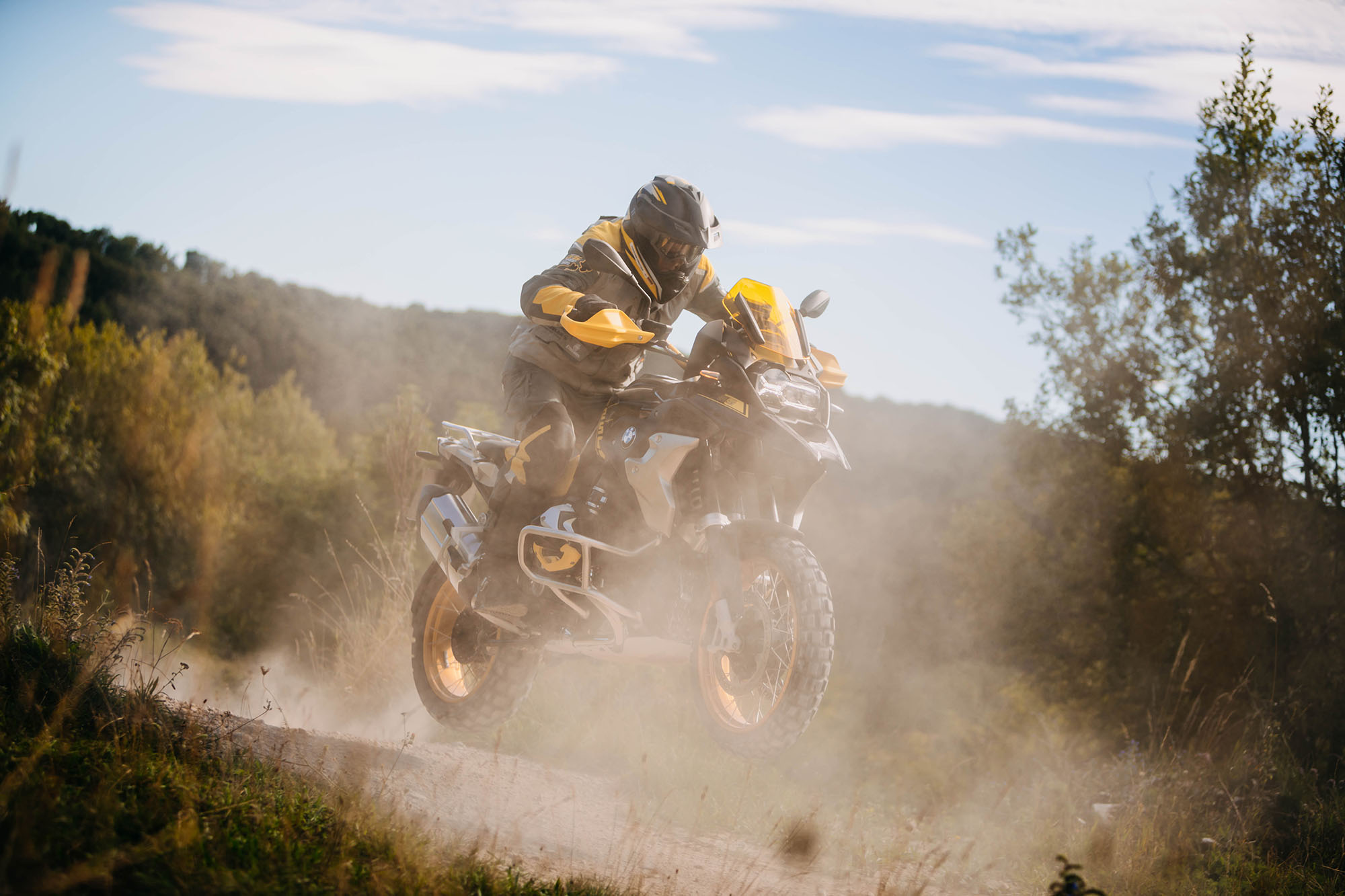 The BMW GS range turned 40 this year, and the German factory celebrated by presenting the new R 1250 GS and R 1250 GS Adventure just in time for the landmark achievement. But how has one model maintained such popularity over the last four decades, and consistently earn the title of the best-selling bike in the UK?

It all started in the autumn of 1980, when BMW Motorrad presented the R80 G/S, the very first incarnation of the GS range. What made the R80 stand out was that it combined two specific areas of riding for the first time ever, off-road and on-road. Before this, of course, there were bikes that could do one or the other, but never both to the same high level. The GS name is derived from this versatility. Where Ducati called its adventure bike the Multistrada (translated to English as ‘Many Roads’) the GS moniker is short for Gelände Sport, or off-road/sport.

Thanks to its unique combination of road, touring and off-road capability – crucially without compromising on everyday use – the R 80 G/S was introduced to the press and within a year it was a huge success, and this model alone accounted for 20% of total BMW motorcycle sales.

Another tick in the popularity box for the R80 was its engine’s simplicity and reliability. The 797cc air-cooled Boxer twin was known as an ‘airhead’ as it wasn’t cooled with any kind of radiator or oil-cooler, but by air passing over the finned cylinder heads protruding out of each side of the bike. It was a relatively simple piece of engineering which was renowned for being reliable and easy to fix in the rare cases it did go wrong.

With the R80’s long production coming to an end in the late Nineties, the introduction of the BMW R 1100 GS for 1995 signalled a huge change for BMW.

Moving into a much more identifiably modern era of motorcycles, but with off-road and on-road capability still at the GS’ core, the engine changed from air to oil-cooling. The ‘oilheads’ marked the new era for BMW that proved to be a successful one, with sales beginning to relentlessly climb in numerous regions across the world.

The ’94 R 1100 GS still remains a much-loved motorcycle by the GS community, with the four-valve cylinder head design and overall simple, yet modern engineering making it highly regarded as a bike that can still tackle long adventure rides today.

With another big update coming in 1999 in the shape of a larger capacity 1130cc Boxer twin engine and a host of new technology, it was in 2001 when the Adventure model was added to the GS line up for the first time. The Adventure came with a larger 33-litre fuel tank, updated suspension, and options of lower gearing and knobbly tyres to suit off-roading.

But the best was yet to come for BMW and the GS range.

When the new R 1200 GS and R 1200 GS Adventure were released in 2004, it came to market at the perfect time. Rising insurance rates for sports bikes, coupled with a growing social stigma around high-speed machines, meant sports bike riders were looking for something else to get their teeth into by the turn of the millennium.

The R 1200 GS’ engine capacity rose, this time to 1170cc and power was raised to 96bhp, but it was the large amount of weight that was shaved off the bike that made the biggest difference to the way it handled and performed, making it a strong choice for sports bike riders to transition on to.

The adventure bike scene, and the GS in particular, really started to rise in popularity and coincided with the ‘Long Way…’ TV series featuring actors and adventure riders Ewan McGregor and Charley Boorman. The duo had ridden R 1150 GS models in the first ‘Long Way Round’ series, and switched to the R1200GS for 2007’s ‘Long Way Down’.

Motorcyclists in the UK, and around the world, very much warmed to the idea of a bike that could be used for quick Sunday blasts, as well as a week’s riding holiday handling any difficult terrain they might come across.

BMW is excellent at making continual improvements to the GS range, always finding the perfect balance of on-road handing, speed, comfort and rider aids, with raw off-road capability to match. This all-round focus really appeals to today’s motorcycling market, and is a true all-rounder in every sense of the phrase. Some owners even take their’s on track.

The model range has expanded in recent years, too, capturing interest from all rider demographics. Considering all of the variants in the GS range, like the Adventure and 40 Year Anniversary Edition models, there’s 12 different versions to choose from. You can jump on the entry-level G 310 GS at 19 as it’s A2 licence compliant, and move through the F 750 GS, F 850 GS, and R 1250 models if you so wished.

So, after four decades of the BMW GS, does its popularity show any sign of wavering? Absolutely not if BMW’s 2019 sales figures are anything to go by. Last year, BMW posted a record year, selling a total of 175,162 units, with the R 1200/1250 GS/Adventure models accounting for a vast portion of sales – around a third of all motorcycles sold – with a staggering 59,000 units leaving dealerships.