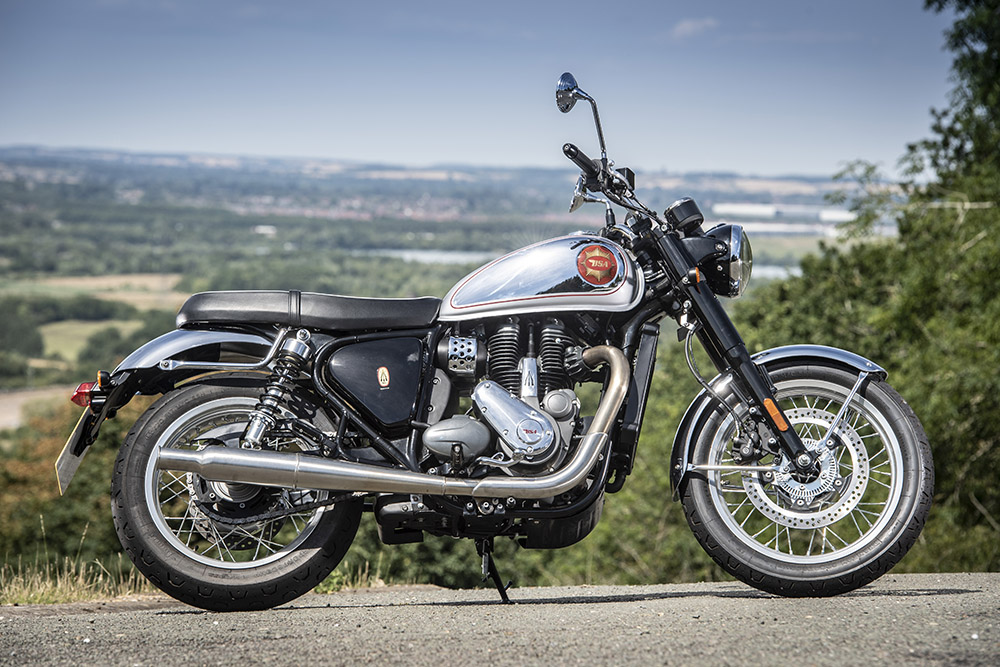 First introduced in 1939, the BSA Gold Star was arguably the first superbike of the post-war era. Built in a time when riders would commute on their bike during the week, before taking off the lights to go racing at the weekend, the ‘Goldie’ (available in 350cc and 500cc versions) was the bike to have for clubman racers in both off-road (scrambles) and circuit racing.

Whether in the hands of the Ton Up Boys or the day’s best racers, the BSA Gold Star was a legendary machine. By 1949 it featured an alloy engine and a whole host of competition parts. It filled up race grids around the world as the privateer bike of choice in the 1950s.

But the 1960s saw the arrival of twin-cylinder machines, from BSA as well as Norton and Triumph, and Gold Star production ended in 1963. The tumultuous 1970s saw the decline of the entire British bike industry. All manufacturers closed their doors at one time or another. Triumph was revived. BSA never made it.

Until now, that is. A few years back, Indian company Classic Legends – part of the massive Mahindra group – bought the rights to the BSA brand. This is their first offering, a pretty faithful modern interpretation of the most iconic model, and we got to ride one before they go on sale later this year.

Like the original Goldies, it’s a single. The 21st century reboot is powered by a 652cc single cylinder engine. It is an evolution of an old BMW/Rotax design, albeit with a lot of reengineering. Unlike the originals it’s water cooled, leading to the addition of a large radiator. Otherwise the styling is pretty darned authentic, and below the classic bodywork lies a very conventional chassis. Traditional twin shocks at the rear are adjustable for preload, while the 41mm forks are non-adjustable. Calipers and tyres come from leading Italian brands, with Brembo calipers front and rear and Pirelli Phantom Sportscomp rubber on the 18” front and 17” rear spoked wheels.

One of the most impressive things about the 2022 BSA Gold Star is the price. We loved Royal Enfield’s Interceptor 650 when we tested it, as it offered an impressive package for the money, and BSA have managed to keep the Gold Star in that same ballpark. Starting at £6,500 and rising to £7,000 depending on the colour schemes, it represents a lot of bike for the money in today’s world. But enough about the spec sheet – the real proof comes from the ride.

Although it weighs in at a fairly hefty 213kg ready to roll, thanks to the low seat height and centre of gravity, it doesn’t feel that heavy to ride. It’s easy to jump on and the riding position feels nice and natural, with a comfortable seat and a relaxed bar and peg position too, sitting right where a classic should. In the cockpit, there are a few things I’m not a fan off though. For example, although the twin tacho is an authentic design, there’s an LCD multi-functional display atop the light, which is incredibly difficult to read in any sort of sunlight. It’s also worth noting that the switchgear looks fairly budget, but considering the price tag it’s not a big issue. It works ok, besides the annoyingly placed hazard lights. 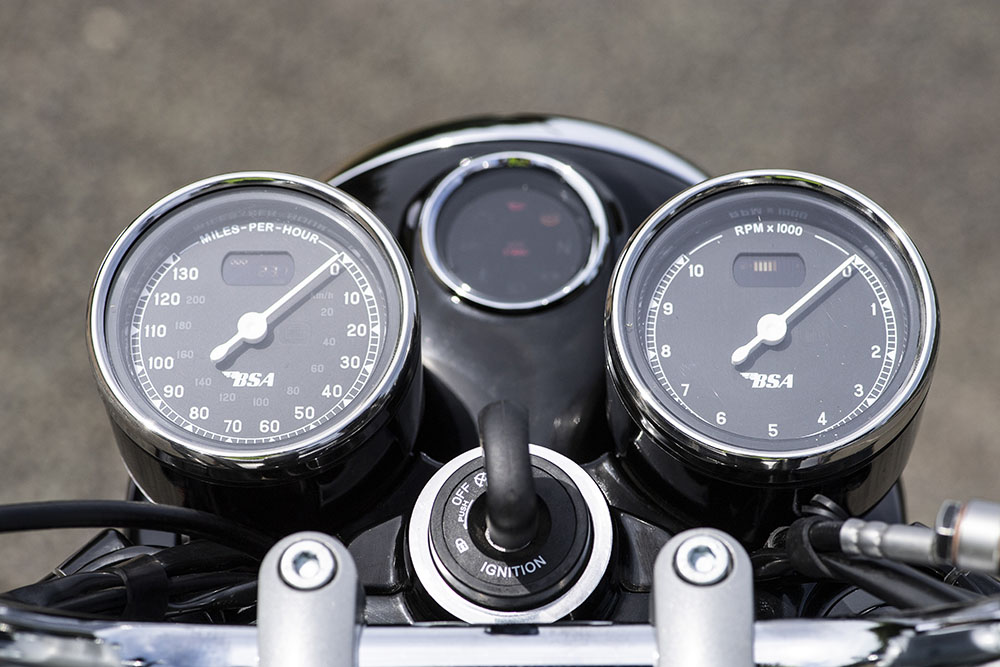 Starting up the new Gold Star for the first time, I was pleasantly surprised with the engine note, as although some singles can sound a bit flat, this had a nice, throatiness as it picked up the revs. In all honesty, I was worried that the big, 652cc single cylinder motor would be a bit lumpy down below, but from the very first time we pulled away it really wasn’t harsh at all, but instead felt incredibly smooth and controllable, with a soft clutch making slow speed riding a doddle, although it’s worth noting though although the bars offer a large amount of steering lock, it’s a long machine with a lazy rake angle of 26.5 degrees. That means that it’s not the most agile machine in the world if you wanted to use it for nailing really heavy city traffic. For a modern classic though? Well, it’s pretty good, and nicely balanced.

But the open road is where the original Gold Star came into its own, and after spanking a load of miles on the much more open roads I was surprised at how the Gold Star performed, at least for a 213kg retro single. It’s no race bike, but the engine offers a linear and smooth power curve when it’s revved hard, and the gearbox is fairly slick too. We were also able to take it around Millbrook Proving Ground’s High Speed Loop, where it was able to hit the iconic ‘ton’ with ease.

Handling wise, it’s more than up to the job. The suspension is fairly budget but it’s set up nicely and took everything in its stride. They’ve hit a nice balance in the settings, for a plush yet comfortable ride.

One slight disappointment are the brakes. Although they’re Brembo branded they aren’t the sharpest in terms of power, and although I found that the ABS didn’t kick in too often when braking hard, when it does it pulses aggressively at the lever. For a machine in this sector? Well I can’t grumble too much over that.

Let’s just get this out there – this is no original Gold Star, nor is it trying to be the same race winning legend that so many riders still have in their hearts. This is a modern classic machine, built to a budget and as a homage to the original, and in that respect it hits the mark in near enough every way. It looks the part, it offers a spirited ride and best of all, it’s priced incredibly well.

For a first release, BSA really have done a great job, and for those who like the idea of riding a classic motorbike, without the hassle of riding an aging machine, it has a great appeal.