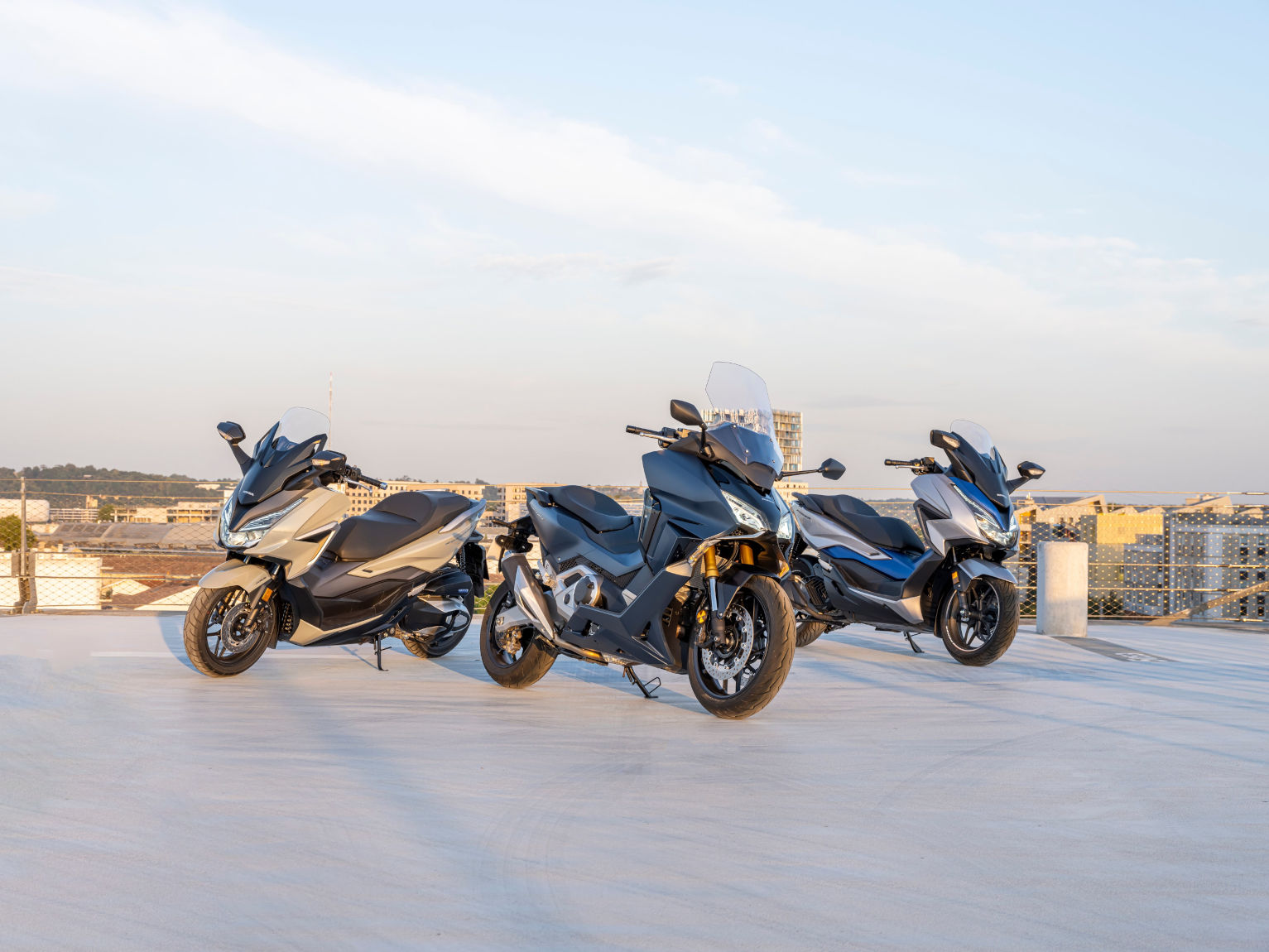 The Forza range has been Honda’s top-of-the-line scooter brand for several years now, with the 125 model proving a strong seller despite a fairly hefty price tag. The 125 has always enjoyed a far higher spec than the company’s own best selling 125 model, while the 300 has also been a popular choice in the mid-market, where it has gone up against Yamaha’s XMAX 300.

While the 125 has been given some styling changes for 2021, it’s the introduction of a new 750 that is grabbing the headlines.

Maxi scooters are nothing new. Yamaha invented the class in 2000 with the 500cc TMAX and for the past 20 years they’ve proved pretty popular, especially in Italy. The new Forza 750 utilises Honda’s ubiquitous 745cc parallel twin engine, as used in the NC750, complete with the excellent DCT (Dual Clutch Transmission) gearbox, which can be used as a full automatic or clutchless manual transmission.

Honda are pitching the Forza 750 as a GT, or Grand Tourer, and despite its scooter roots it promises to be a capable mile muncher with excellent weather protection and 22 litres of onboard storage space. The specification is as would be expected from a Forza model, with full LED lighting, electric windscreen, TFT dashboard, smart key ignition, USB chargers and Honda’s new smartphone voice control, which allows the rider to manage their phone’s calls, music and navigation using voice commands or buttons on the left hand switchgear. Accessories include heated grips, panniers and a substantial 50 litre top box for commuters and touring riders who want more luggage capacity.

The updated Forza 350 claims to have more torque for improved acceleration, while the already economical motor is now claimed to offer 200 miles between fill-ups of the 11.5 litre fuel tank. Other updates include new styling and revised screen, while the smartphone control system, standard on the 750, is available as an option.

No word yet on availability dates and prices, although they will remain at the upper end of the market and will no doubt continue to sell like hotcakes thanks to Honda’s legendary reputation for reliability and its strong dealer network.