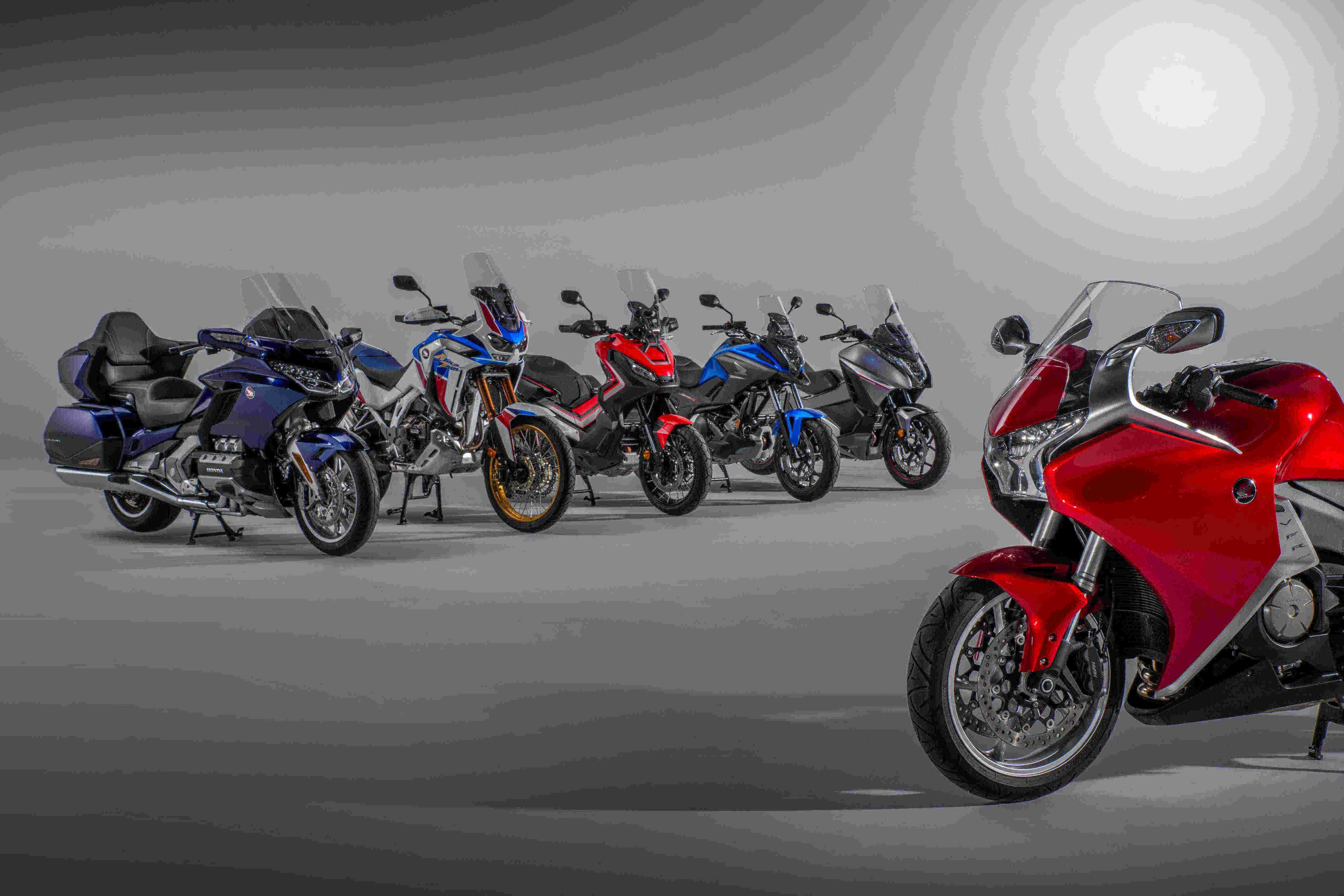 Having first appeared in dealerships across Europe on the VFR1200F sports tourer a decade ago, Honda’s DCT (Dual Clutch Transmission) remains unique in the world of motorcycling. In total, over 140,000 Hondas with DCT have been sold across Europe, and in 2019, almost half of the Africa Twins sold were the DCT versions, and over 65% of Gold Wings were DCT equipped too.

Its success has been in large part due to a constant evolution of the technology, with refinements to the smoothness and timing of the gear shifts, and adaptations to match the riding characteristics required of a broad range of different models and types of riding. For example, the latest DCT includes an off-road focussed ‘G switch’ addition for the Africa Twin and X-ADV, and synchronisation with Hill Start Assist, Walking Mode and Idling Stop on the Gold Wing.

It’s these constant refinements that have made it the most successful auto bike transmission ever made.

Origins of the DCT

Before Honda introduced the modern DCT gearbox, there were other automatic transmissions that the Japanese engineers had in mind, with the focus being on allowing the rider to have more head space to enjoy the motorcycle riding experience, rather than focusing on gear changes.

Before the VFR1200F came along in 2010 with the first DCT, the idea of making an automatic transmission was being explored by Honda for decades. The ‘Hondamatic’ gearbox in the 1970s was one such attempt to create an auto-transmission, which relied on a torque converter, and the ‘Human Friendly Transmission’ featured on the Honda DN01 concept bike was another.

But it finally clicked into place for the Japanese manufacturer with the DCT, with the biggest difference being that it gives the rider a much more direct and sporty feeling. Despite initial resistance from the often conservative motorcycling public, DCT has finally gained acceptance from riders who now agree that it compliments riding, rather than making it a more complex or less engaging experience.

So, how does DCT work?

DCT is an automated, electro-hydraulic clutch and shift operation gearbox, made up of a pair of independent clutch packs housed in one unit, each of which are connected to separate gear sets. One clutch works with start-up, first, third and fifth gears, while the other with second, fourth and sixth gears.

Gear changes are made either in manual mode by the rider using the ‘paddle-shift’ style triggers on the left handlebar, or in automatic mode according to shifting schedules dictated by constantly-monitored parameters including vehicle speed, engine revs and throttle opening angle. During a gear change, as one clutch disengages, the other clutch simultaneously engages the target gear to ensure a consistent, fast and seamless shift, with no loss of drive to the rear wheel. And in both cases, no clutch lever or foot-shift is needed.

Sticking with the principle of allowing riders more time to concentrate on other important areas of riding, DCT allows riders to focus more on their riding line, braking points, cornering and acceleration, as well as reduced stress when commuting and city riding, and even saving embarrassment at the traffic lights with the impossibility of stalling!

The future of DCT

Up until now, Honda’s DCT has appeared on a range of road bikes since 2010, starting out with the Honda VFR1200F. Since then, it’s been a feature on the NC700, VFR1200X Crosstourer, Africa Twin, CTX700, Goldwing and a few more models. The majority of people who ride any one of these bikes though, including the more adventure capable bikes like the Africa Twin, will only ever use them on tarmac. But could DCT work in a true off road environment?

The answer is yes, according to Honda’s Dual Clutch Transmission Chief Engineer, Dai Arai. In a recent interview he said: “Personally, I’d love to see DCT on our Dakar Rally bike. That kind of riding – where fatigue is possible, and concentration so important – means the system has a big benefit.

Off-road, people are often surprised at how much DCT can help them – working a clutch lever standing up is not so easy and uses up a lot of energy and concentration. Also, of course, with DCT the rider cannot stall in difficult situations.”