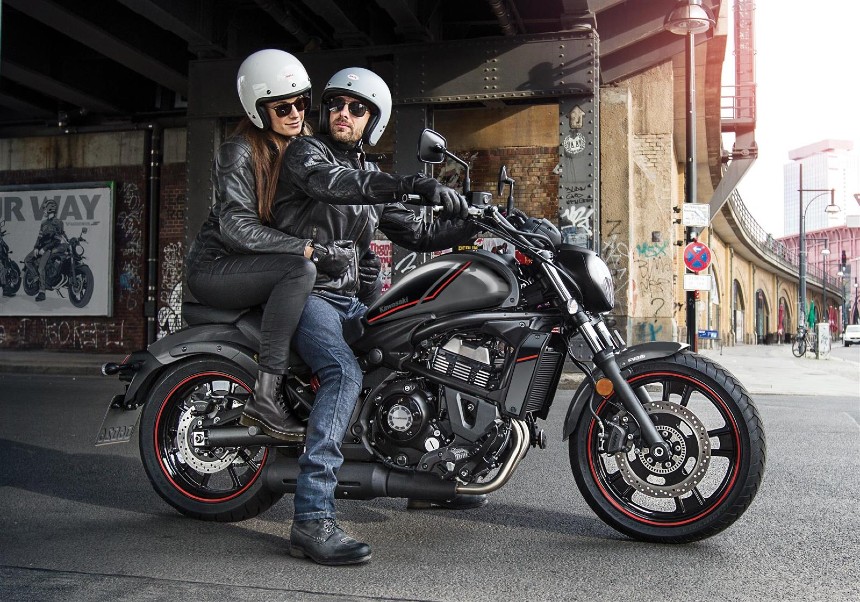 Have you just got yourself a full licence, or just fancy upping the capacity on your next purchase? Either way, here are 10 of the best first ‘big’ bikes, for every different category!

No matter what you fancy, there really is a bike out there for everyone, whether you fancy touring, track days, getting dirty or all three combined – and for all budgets too. Here’s a selection of some of the best mid and higher capacity machines to hop on, for every taste.

Ducati’s Monster has always been one of, if not the friendliest range to boast the famous Ducati logo, and for 2021, they’ve made it even more accessible. Powered by the trusty 937cc motor, it has a low seat height, hefty turning circle and is an incredibly user-friendly machine to ride, while still delivering an exciting and intuitive experience.

Would any first big bike list be complete without an MT-07 in it? We don’t think so. Selling over 125,000 units since it first hit the roads in 2014, the entry-level naked from Yamaha has been an incredibly impressive machine, boasting a confidence inspiring and exciting ride, for a very reasonable price. The engine is an absolute peach, and it also an incredibly low seat height, and reach if you’re on the smaller side of the scale. 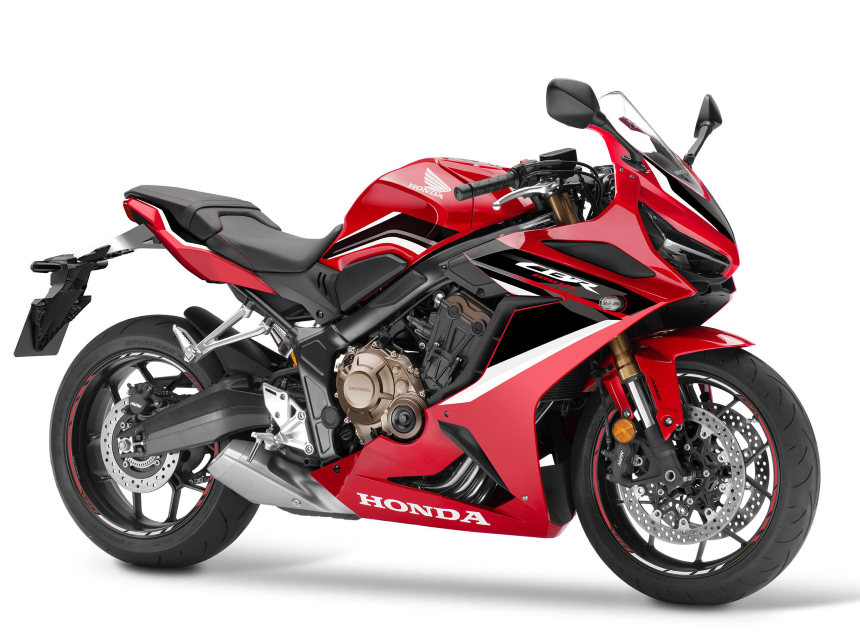 Proof that sports bikes don’t have to be race replicas, Honda’s latest CBR650R is an impressive bit of kit and is the perfect stepping stone if your ambition is to eventually jump on a superbike in the future. It’s not just sharp looks it boasts either, as you also get some fairly premium components, such as radial-mounted brake calipers and Showa Separate Function USD forks.

With litre sports bikes skyrocketing in terms of both performance and price, Aprilia’s RS 660 really is a breath of fresh air. Packing a 660cc motor that shares a lot of its DNA with the RSV4’s V4 unit, the RS 660 is genuinely exciting sportsbike, that’s not only laden with all the technology and premium components that you’d expect to find a bike with twice its power, and for twice the price, but is also comfortable too. 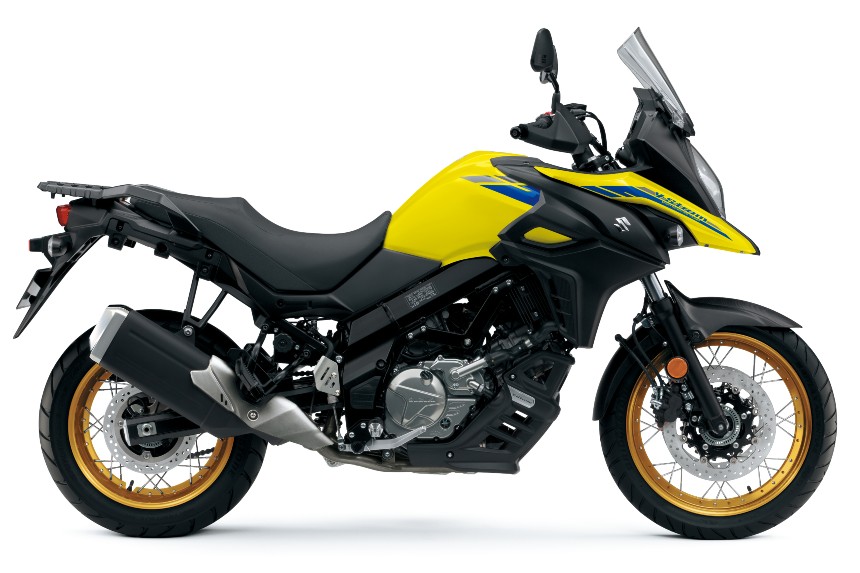 Suzuki’s V-Strom range has been incredibly popular since its inception, and for good reason too – it’s incredibly user friendly, easy to ride and well-priced. Housing the same, trusty engine as the SV650, the V-Strom pumps out 71bhp, and comes equipped with quite a few goodies for if you fancy a little dabble off-road too, including hand guards and a sump cover as standard.

If you’re looking to splash a bit more cash, then it would be difficult to look past BMW’s legendary GS range. The F850GSA is a great place to start though, offering 94bhp from its twin cylinder engine, in a stunning chassis which offers incredible on and off-road performance. It also has a bundle of optional extras available too, if you fancy pushing the boat out. 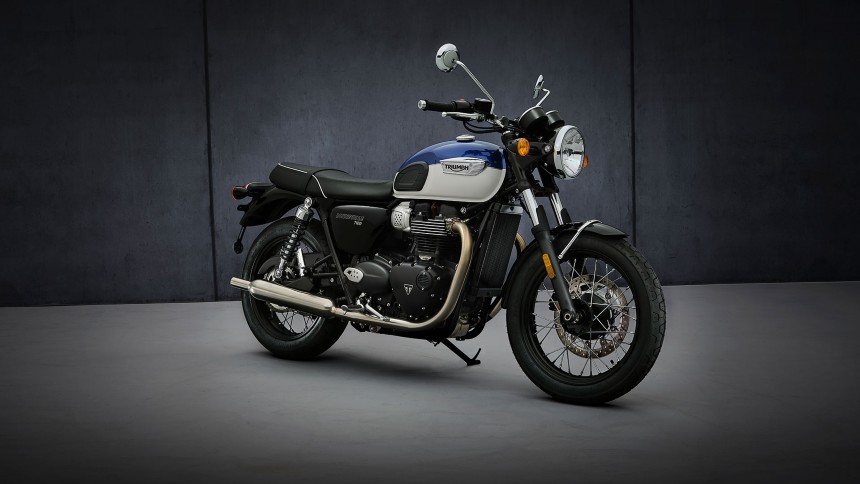 The Triumph name is synonymous with classic motorcycles and if you want a proper modern classic, then it’s difficult to look past and offering from the iconic British owned company. Their retro range covers everything from scramblers to bobbers. and the T100 sits nicely in the middle, as a gently tuned 900cc twin. As far as equipment goes, it actually comes with very little in terms of additional extras or even riding aids, besides standard ABS and traction control. Although if you do fancy picking one up, then there’s over 100 official Triumph accessories to bolt on so you can make your T100 exactly how you want it.

If you want something with a bit of Italian Zest, then you’d be hard stretched to beat Moto Guzzi’s V7. Utilising the same quirky 744cc V-twin engine as the left field V85 TT, the V7 pumps out a respectable 64bhp, alongside 53.8 ft/lb torque. At the end of the day, the V7 is a simple machine with just a retro dash and switchgear setup, alongside no rider aids besides basic ABS, and two-level traction control.

If you’re after a middleweight cruiser on a budget, then Kawasaki’s Vulcan S is a fair and unexpected shout. Utilising the parallel twin 650cc engine from the Z650, the Vulcan S might seem like a strange offering from the green corner, but it has the minerals to back it up, at a great price too. 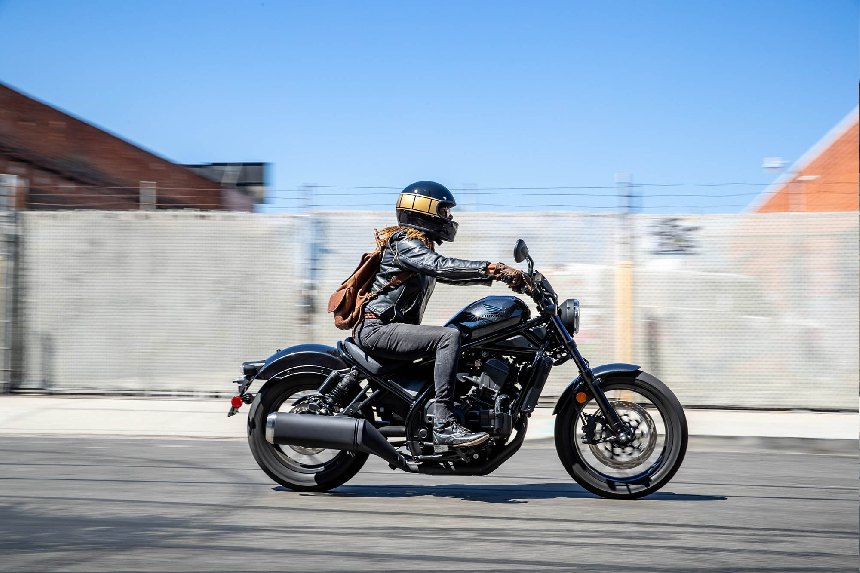 Honda’s CMX1100 Rebel is a new addition for 2021, as a step up from their successful CMX500 Rebel. Although the two look fairly similar, the CMX1100 comes equipped with a detuned version of the Africa Twin’s parallel twin engine, alongside a whole host of uprated components to deal with the extra power and weight. You can even have it with Honda’s semi-automatic DCT gearbox, as an option extra.