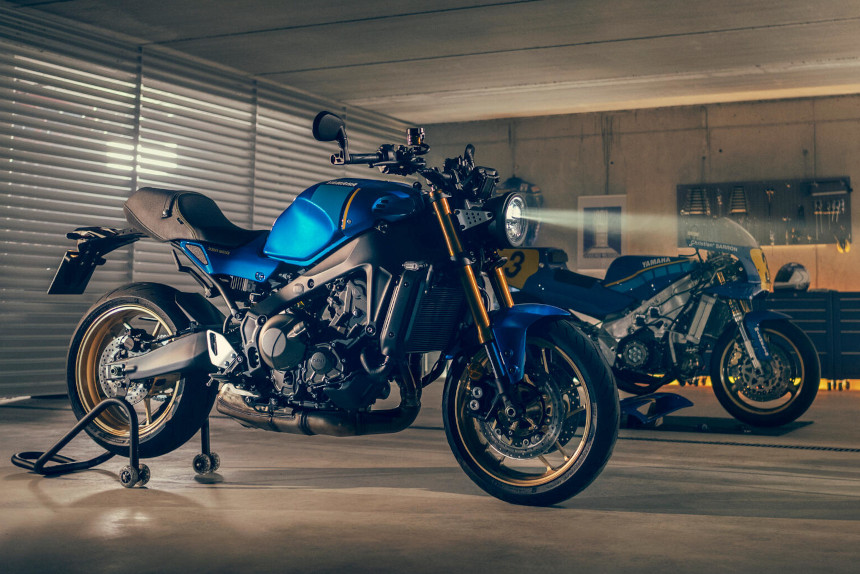 Retro bikes are big business these days and come in all shapes and sizes. From funky learner bikes through to very traditional twins, there’s a classically styled motorcycle for riders of all ages and experience.

In recent years we’ve also seen the arrival of a number of bigger and faster retros, with thoroughly modern underpinnings dressed in more traditional roadster styling. The machines usually pay homage to their maker’s greatest hits, while giving up nothing in modern technology. These are five of our favourites for 2022… 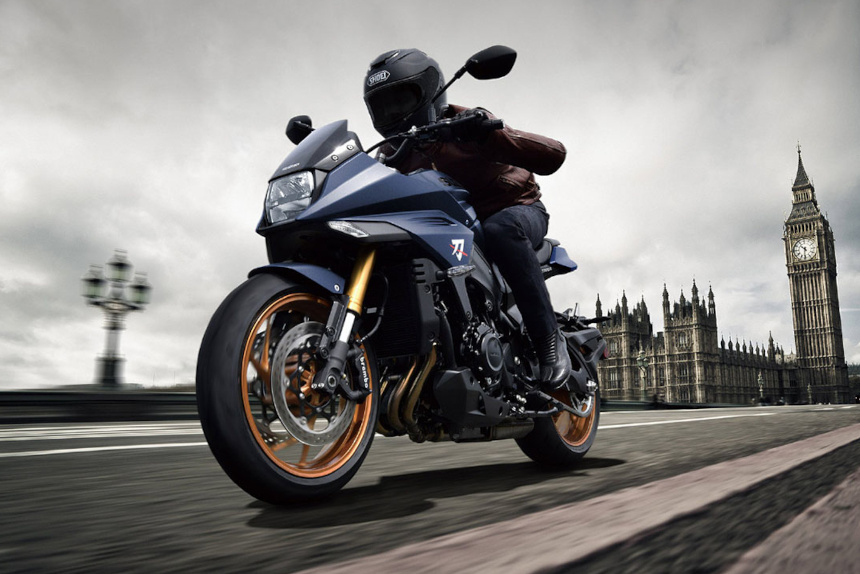 Suzuki’s Katana was a short lived classic in the early ‘80s.

Essentially a sci-fi silver restyle of the GSX1100, the futuristic Kat really caught the bike buying public’s imagination. It was a short lived trend though, as the race rep craze was to take over come the mid-1980s.

Taking advantage of the rise in popularity of retros, Suzuki rebooted the Katana name and style in 2019 – essentially taking a GSX-S1000 roadster and giving it a fancy new frock.

In line with the GSX-S, it’s been given a small update for 2022 with a touch more power from the GSX-R1000 derived motor and a new electronics suite to keep the 150bhp in check. It’s also now painted in a smart matt blue or dark grey option, both of which are a departure from the traditional Katana colours. 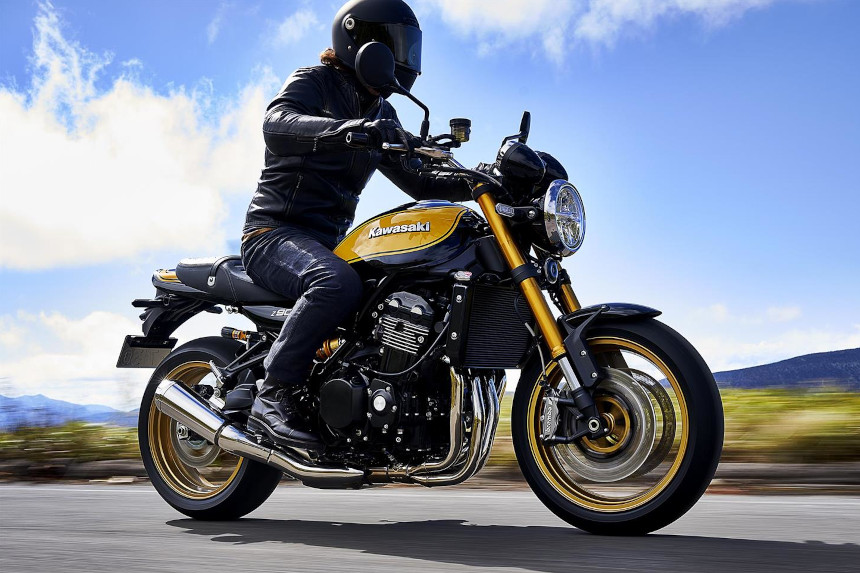 Kawasaki’s Z900RS has always been one of the most popular models in the Kawasaki range, getting that 1970s Zed vibe bang on and delivering an authentic retro ride that belies the modern day Z900 underpinnings.

For 2022, Kawasaki has introduced an ‘SE’ version. Aside from the fancy yellow and black paint job, it promises to address one the standard model’s few weaknesses, namely the someone basic rear suspension. The Ohlins shock out back should not only improve the damping, it looks absolutely splendid in the Swedish company’s trademark gold.

Only problem is that this limited run model is already sold out, so you might have to scour the Kawasaki UK dealer network if you have your heart set on one. 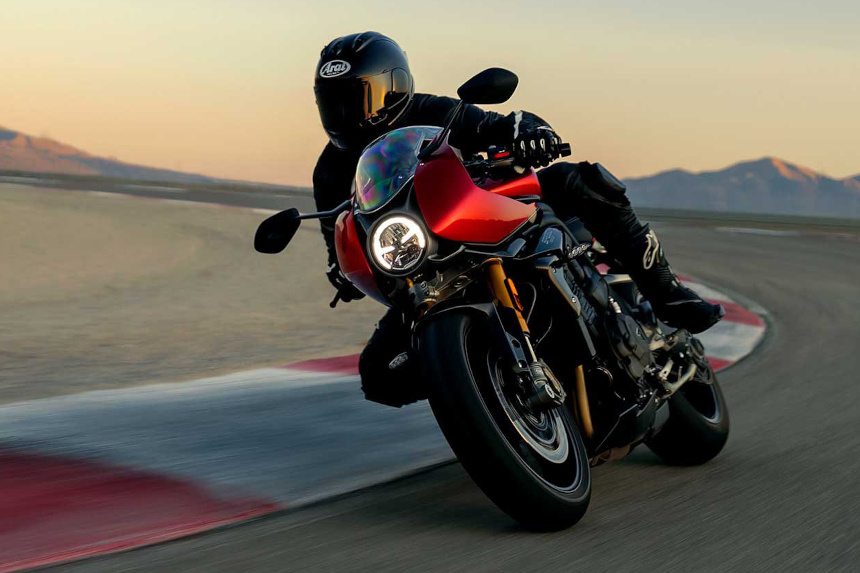 We’re not quite sure what to make of the Speed Triple RR.

On one hand it’s a cutting edge, 180bhp, sports bike, on the other it’s been endowed with a retro fairing that invokes memories of 1960s and 1970s race bikes.

It opens up a new audience for Triumph, giving buyers an alternative to the unfaired Speed Triple and the rather more classically styled Thruxton, which is a full on retro. It’s a not dissimilar concept to MV Agusta’s Superveloce – and we like that too! 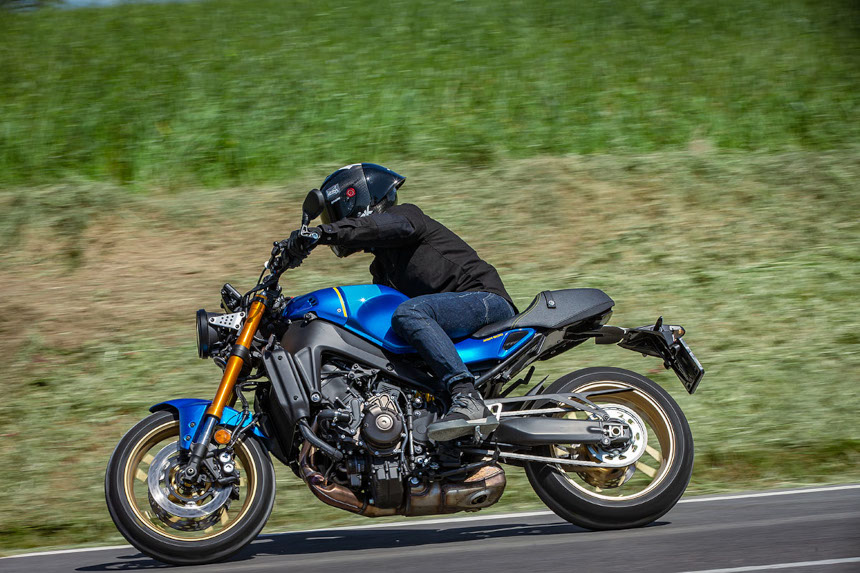 Yamaha’s found a real winner in recent years with it’s MT family of roadsters, so it was no surprise to see them get the retro treatment.

The XSR range are ostensibly MTs in dapper suits, and that’s no bad thing. The MT-09 based three-cylinder XSR900 is heavily updated for this year and gets some classic colours from the Yamaha back catalogue. There are also some neat design touches, such as the retro headlight, bar end mirrors and a very Seventies seat design with concealed pillion pegs.

The juxtaposition between modern and retro might be a bit confusing for some buyers, but if you love the idea of an MT-09 but want something that bit more distinctive, the XSR900 is well worthy of consideration. 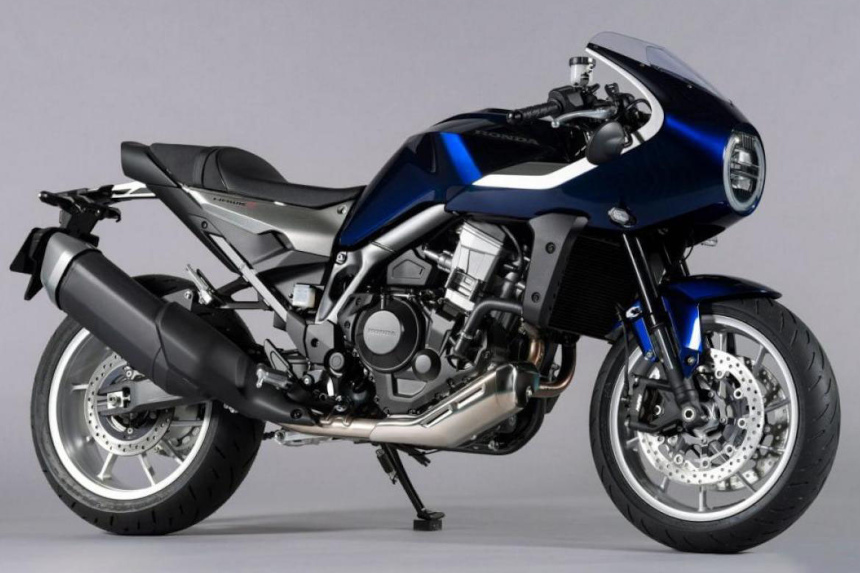 Despite its staggering heritage, Honda has been a little slow to jump on the big retro bandwagon.

Sure they’ve got some neat 125s, like the Monkey and rebooted Super Cub, but they’ve never really gone big on their back catalogue in the way that the likes of Kawasaki and Triumph have.

And this, the Hawk 1100, doesn’t really pay homage to Hondas of the past – but it still draws heavily of the 1970s for its inspiration.

Beneath the swoopy bodywork is a powertrain shared with the popular Africa Twin adventure bike, the new NT1100 and CMX1100 Rebel.

On the downside, it looks like the Hawk won’t make it to Europe. At present it’s only been announced in Japan, but we can definitely see this attracting a following if Honda does change its mind.