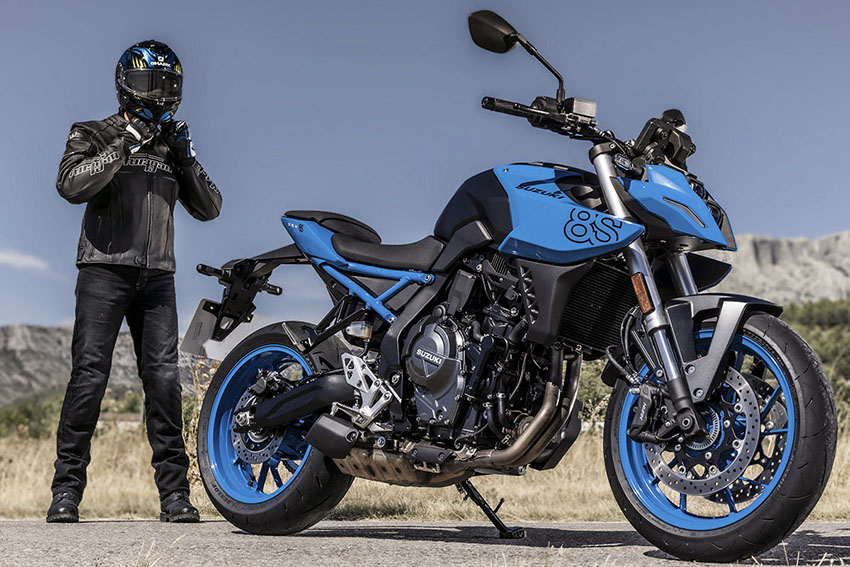 The budget middleweight naked motorcycle category has become increasingly popular in recent years. Traditionally a place for worthy but slightly overshadowed twins like the Kawasaki ER-6 and Suzuki SV650, Yamaha breathed new life into the category when MT-07 arrived in 2014.

The MT proved a massive success, combining a lively engine with light weight handling and very competitive price tag. Yamaha’s success has led to a raft of popular new models from numerous manufacturers in recent years. Such has been the popularity of these machines, we’ve seen the platforms extended to include sports and even adventure bikes. And with Honda and Suzuki entering the sector in 2023 with a brand new Hornet and GSX-8S respectively, what better opportunity to take a look at what will no doubt be some of the most popular models next year. Here are Insidebikes’ five budget middleweight naked motorcycles for 2023. 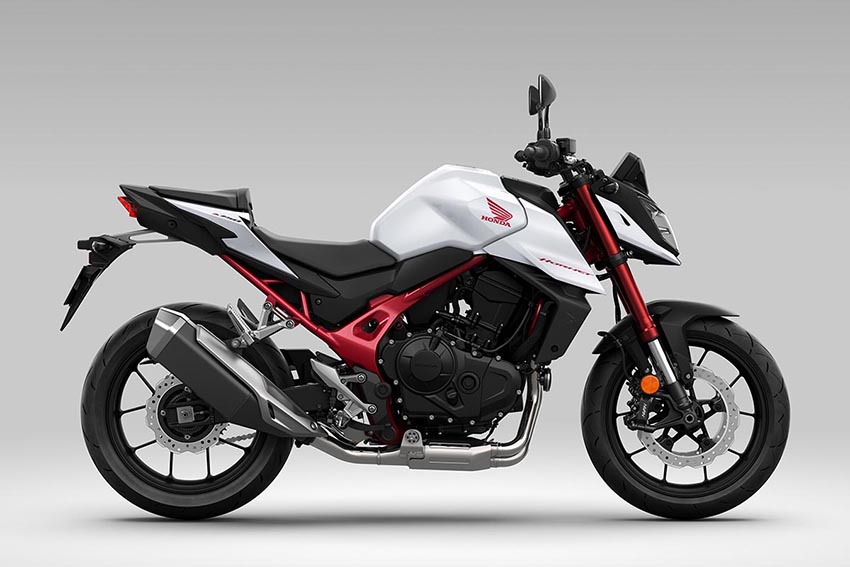 Honda’s sporty-but-budget middleweight class has historically revolved around their traditional inline-four powerplants but in a classic case of ‘if you can’t beat them, join them’ the all-new Hornet joins Kawasaki and Yamaha in being powered by a parallel twin motor.

On the spec sheet alone the new Hornet appears to have them all licked. The 755cc twin already enjoys a capacity advantage over the competition and is claimed to pump out over 90bhp, giving it a head start against the competition. Like most bikes in the class, the chassis appears basic but that’s offset by a suite of electronics ahead of anything else in the class, including three riding modes, traction control and even wheelie control. The Hornet name is synonymous for delivering plenty of smiles for not much money and the latest version looks sure to carry on that legacy, while the Transalp adventure bike shares the same platform and should be another sales success. 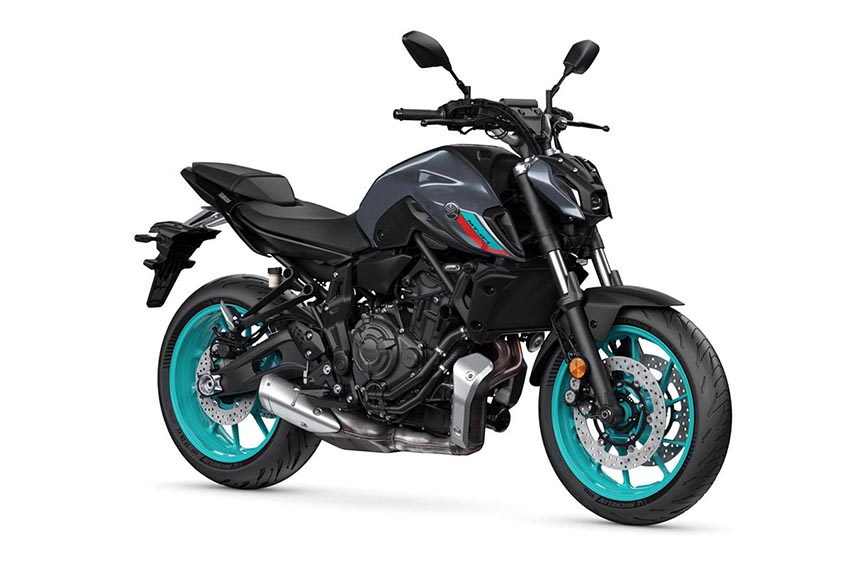 Yamaha proved that middleweight twins didn’t have to be boring when they introduced the MT-07 back in 2014. It invoked the playful spirit of the Suzuki’s long-in-the-tooth SV650 and put it in a more modern package which offered excellent value for money.

It’s been a massive sales success and the benchmark model in the class. It has been so successful Yamaha has also used the 689cc twin to power the R7 sportsbike and Tenere 700 adventure machine.

The MT-07 itself was given an overhaul for 2022. As well as making the engine Euro5 compliant, the latest model gains more aggressive styling, better suspension, improved brakes and a whole host of small changes to keep it right at the top of a very competitive class. For 2023 there’s a further (small) update with a new TFT dashboard, smartphone connectivity and revised switchgear. 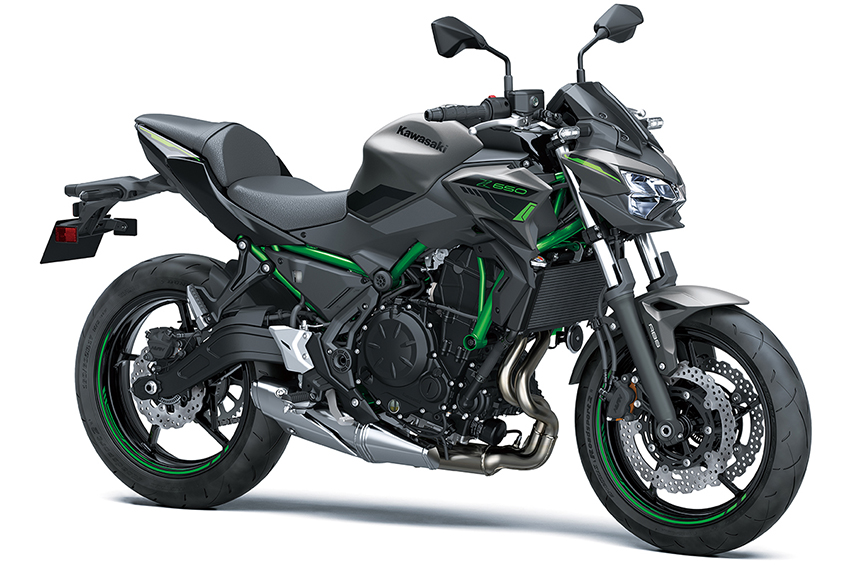 Kawasaki are the stalwarts of the 650 parallel twin class. Introduced way back in 2006 as a replacement for the workhorse ER-5, the ER-6 proved a real favourite with commuters, couriers and riding schools during its decade long production run.

But when Yamaha’s MT-07 proved that middleweight twins could be exciting too, Kawasaki replaced the ER-6 with two new 650s – the faired Ninja 650 and the naked Z650.

Wearing the name and styling of Kawasaki’s bigger Zed models, the Z650 gave a more engaging ride. It has sold well and gains traction control and full LED lighting as updates for 2023.

It is starting to look a little long in the tooth against some of the more modern designs from their rivals, but that doesn’t change the fact that the Kawasaki is a strong and reliable set of wheels in the mould of its predecessors.

Another new model for 2023, or should that be two models, comes from revived Italian brand Moto Morini.

The Seiemmezzo, or six-and-a-half in English, comes in two derivatives: a retro scrambler in the form of the SCR and the more contemporary STR. We’ve already tested the X-Cape, with which the Seimmezzos share the Kawasaki derived 650cc parallel twin engine, and although no prices have been announced we can expect them to undercut the Japanese competition.

They’re a good looking pair too, although they are the least powerful machines in our selection, with around 60bhp on tap from the Kawasaki derived motor. 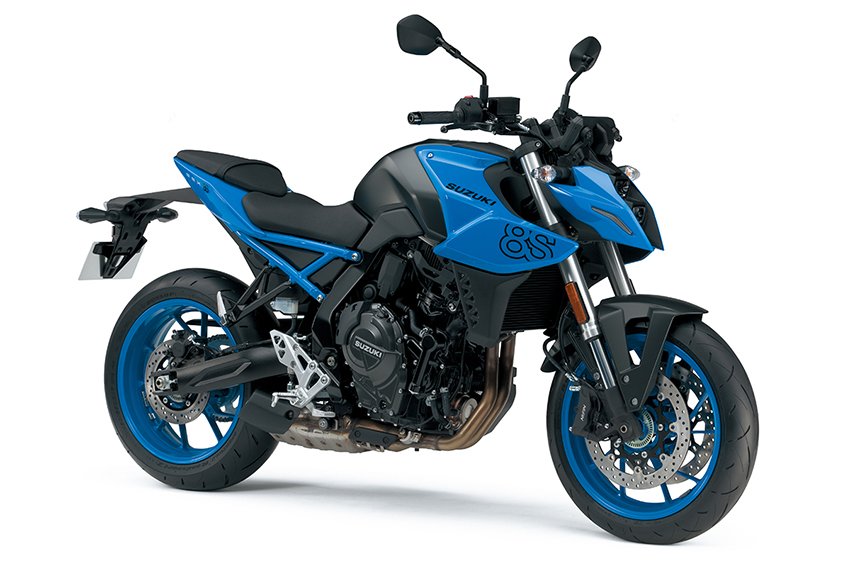 Another all-new model for 2023 is Suzuki’s GSX-8S. The 776cc parallel twin engine pumps out 82bhp and comes with modern electronics and some of the bells and whistles you’d expect from bigger bikes.

It’s a clean sheet design and will be seen by many as the spiritual successor to the super popular SV650. The motor features a 270-degree firing order crankshaft, which is usually a good indicator of a character-laden powerplant. The electronics package includes three rider modes, three levels of traction control and a quickshifter, while the 5” TFT dashboard is modern and has day and night modes.

The steel frame and fairly simple KYB suspension appear quite basic, but Suzuki know how to make a good handling motorcycle and with 202kg to haul around it promises to be fun and easy to ride.

As with all the bikes in our selection, the GSX-8S has an adventure orientated cousin – in this instance the V-Strom 800DE. Prices are still to be confirmed, but it will fit in between the aging SV650 and the four-cylinder GSX-S950 in the range.