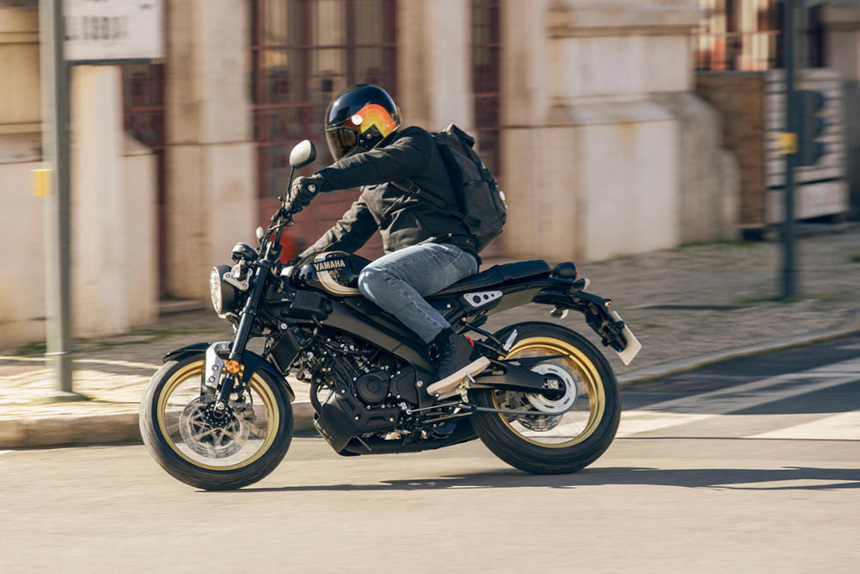 Retro bikes are super cool these days and, the great thing is, you don’t even need to have a full licence to ride one.

We’ve seen a number of classically styled retro 125s, motorcycles you can ride after a day’s Compulsory Basic Training (CBT), emerge in recent years and, after banging our heads together in the Insidebikes office, we’ve come up with this list of five great entry level retros we’d love to ride away on…

Cambridgeshire company Herald has been at the forefront of the ‘Shed Built’ scene for a number of years now. 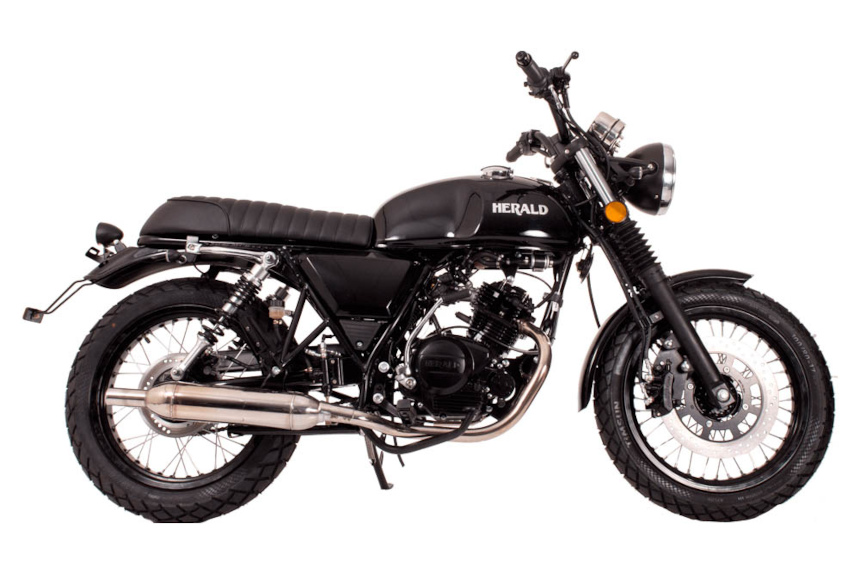 They’ve evolved from taking cheap Chinese commuters and redesigning/reengineering them for British tastes, and while the basic premise remains the same (simple technology combined with classic looks) they’ve expanded their range to include more modern tackle, including the liquid-cooled Brute 500.

Our choice is the Plain Jane Classic 125. It’s as traditional as a small capacity motorcycle gets, with a 10bhp air-cooled motor based on a decades old Japanese design. It’s a hugely customisable platform that’s prime for modification, but if you fancy something a bit more, erm, fancy, then the Brat, Café, Maverick and Scrambler share the same mechanicals as the Classic, but have been modified with some custom parts to give them that ‘Bike Shed’ feel from the factory. 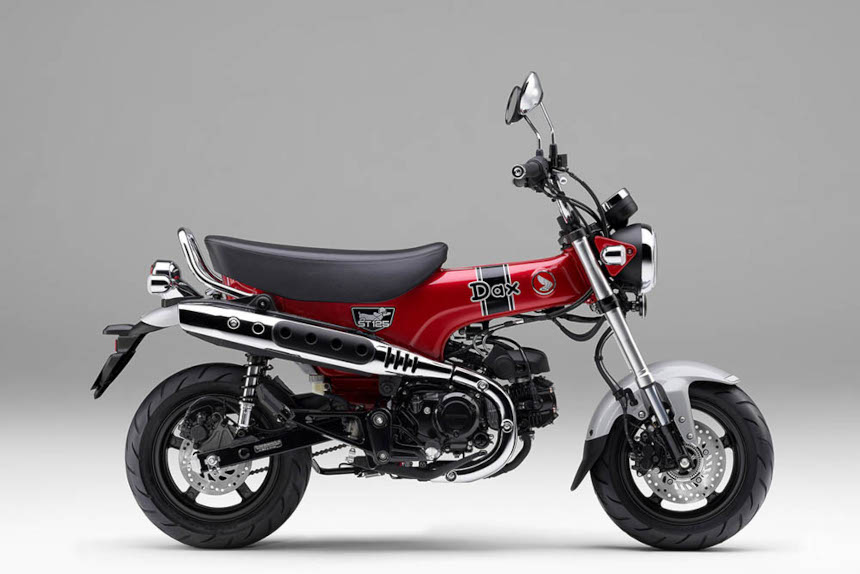 Honda has a huge range of 125cc machines in its range, from basic scooters through to the fancy CB125R roadster.

Honda’s heritage is huge, and while the CB mixes classic touches with modern style, there are loads of retro 125s paying homage to Honda’s greatest hits.

In recent years we’ve seen a modern day Monkey 125 and a new Super Cub, but the one we’re most curious about right now is the recently announced DAX revival. The DAX was another of those small 1970s motorcycles that found popularity with everyone from commuters to campers, who loved the transportability of the small machine. It’s a real cult machine and although it appears to lack the practicality of more contemporary designs, with modern day mechanicals the 2023 DAX should be super fun and will do nothing but build on the legacy of this iconic model. 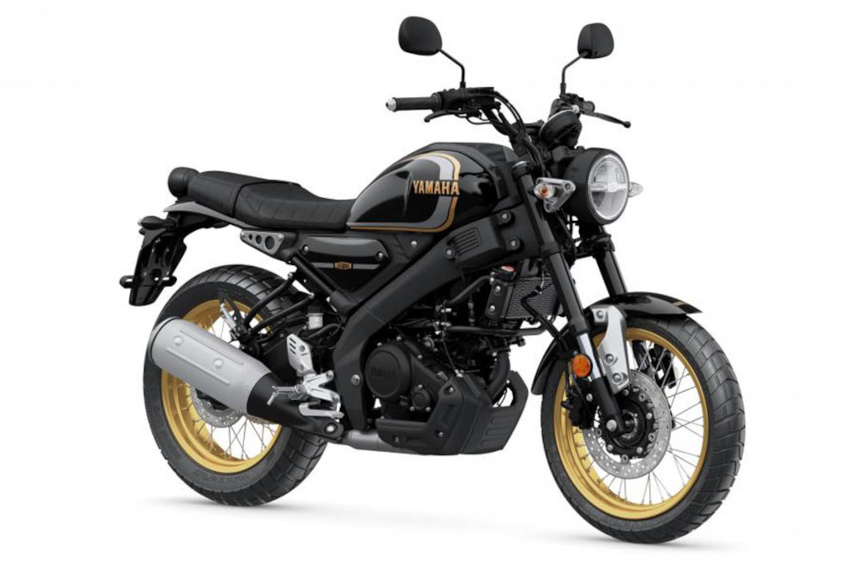 Yamaha hit the nail on the head when it introduced the XSR125 last year.

Sharing most of its underpinnings with the range topping YZF-R125 and MT-125, it uses the full 11kw (14.75bhp) power allowance for A1 category motorcycles and offers as much performance as you’ll find on a learner bike.

Despite the thoroughly modern technology, complete with stuff you’d never expect to see on 1970s bikes (like the beam frame and water cooled engine) Yamaha have absolutely nailed the styling. The recently announced ‘Legacy’ model takes that a step further with gold rimmed spoked wheels wrapped with semi-knobby Metzeler Karoo tyres. It looks the business and proves that you can have both substance and style. 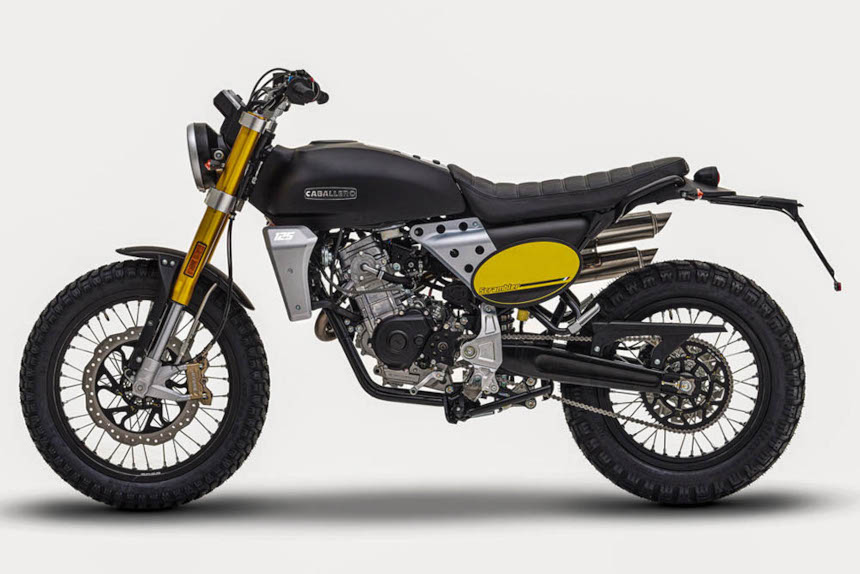 For those of us of a certain age, niche Italian brand Fantic Motor is best known for producing two-stroke off-road competition bikes in the ‘70s and ‘80s, as well as some super fast mopeds in the days before they were restricted to 30mph.

After falling off the radar for many years, they’ve made something of a comeback with the beautiful Caballero series of retro dirt bikes.

Available in both 500cc and learner legal 125cc versions, the Caballero 125 comes in three versions (Scrambler, Flat Track and Deluxe) which have subtle detailing differences.

They’re stunning looking machines, with the tall suspension and chunky wheels giving it greater presence than the average 125. It looks ace and is powered by a thoroughly modern four-stroke engine made by Minarelli, which is a Yamaha owned company. Pricing is at the higher end of the learner bike spectrum, but if you want something special looking they are definitely worth consideration. 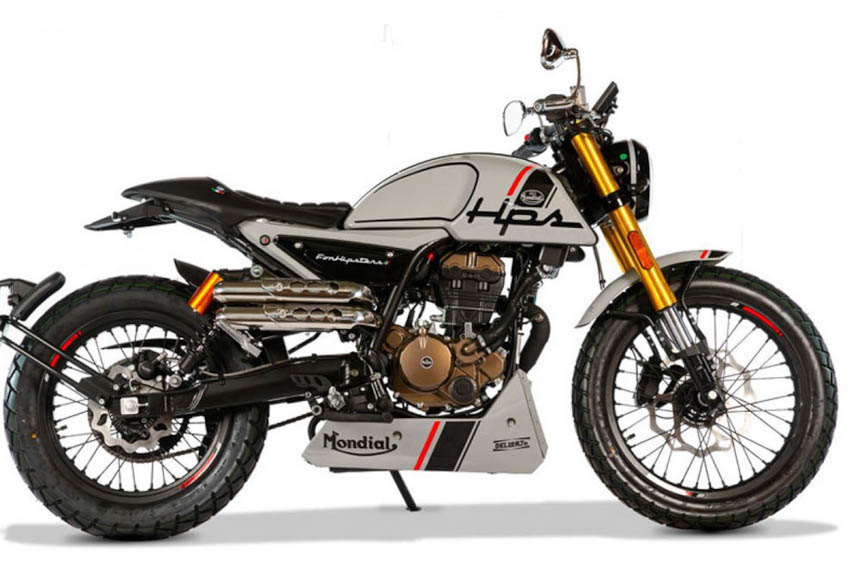 If you’ve not heard of Mondial, that’s perfectly understandable, but back in the 1950s the Italian brands was one of the most famous makers of racing motorcycles in the world – winning four motorcycle Grand Prix world championships in the smaller classes between 1949 and 1957.

Like so many Italian brands, Mondial went into decline in the 1960s. A short lived revival with a Honda engine superbike was another failure, but since 2014 the company has found stability and success building small capacity bikes combining heritage with modern engineering.

Built in China but with close links to Piaggio, the brand is back under the stewardship of the founding Boselli family and is turning out some neat bikes. The HPS125 is one of the standout models in our eyes, combining classic scrambler styling with modern tech like LED lights, TFT dashboard and funky gold coloured upside down front forks – at a price which undercuts the Japanese competition.