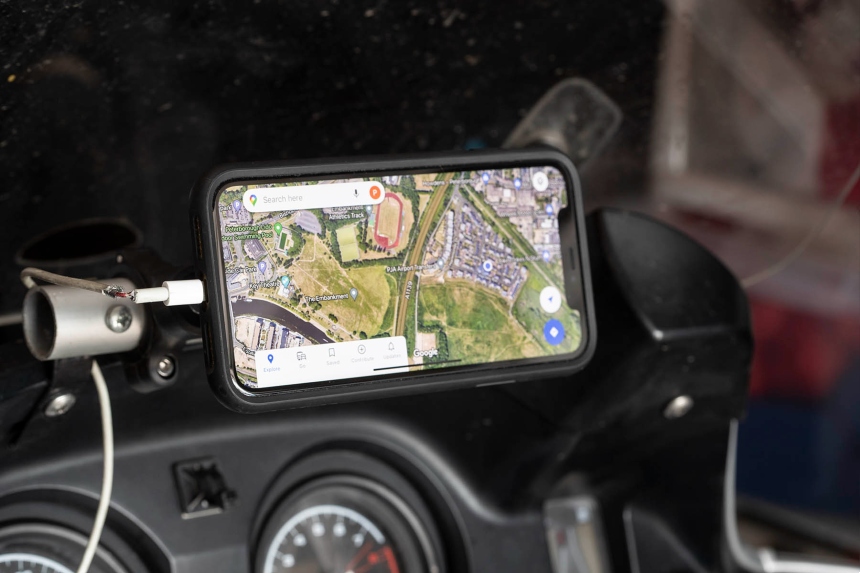 According to Apple, ‘high-power or high-volume motorcycle engines generate intense high-amplitude vibrations, which are transmitted through the chassis and handlebars.’ In turn, the tech giant recommends that riders don’t attach their iPhones to powerful bikes and those with big capacity engines due to the amplitude of the vibration in certain frequency ranges that they generate.’

It also carries a warning that small capacity motorbikes, mopeds and scooters can also create a risk, despite may lead to comparatively lower-amplitude vibrations, and recommends that in this case a vibration dampening mount should be used, and that the phone is not mounted on the bike for prolonged periods.

Mounting smartphones on motorcycles has become very popular in recent years. For most, the phone replaces a sat-nav and mounting on the handlebars means that it can be seen easily and adjusted while stopped. Others will use their device to listen to music and, in some cases even take calls.

We’ve known about the risk to phones for several years, from our own (expensive) first-hand experience. In my experience it’s not just Apple products either, as Android devices have also failed to stand the punishment of being mounted on the bike. 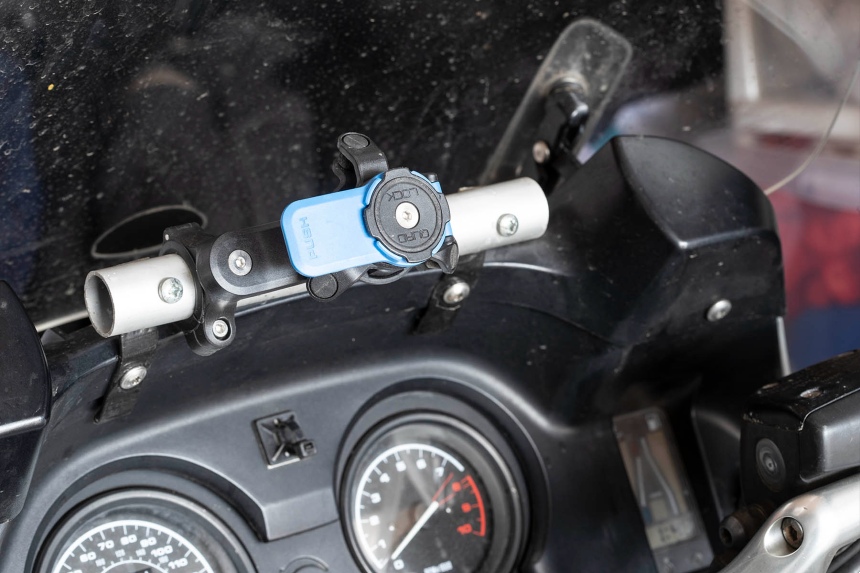 Handlebar mounting devices, like the Quad Lock, are commonplace. Indeed I would go as far as to say that the Quad Lock is my favourite motorcycle accessory of all time. As someone who regularly rides different bikes, I find it a cinch to move between bikes, with a couple of different adaptors making it quick and easy to take off and refit. The case on my phone has the Quad Lock adaptor on it, and I am able to remove and refit the holder itself with a single allen bolt.

As standard, there’s a rubber collar which goes around the handlebar and reduces vibration but, from experience, this was not enough to see some phones succumb to the vibes.

Being a bit tight, I was reluctant to pay an extra £16 for the Quad Lock vibration damper, a kind of shock absorber that sits between the mount and your phone, but with hindsight it was one of the best investments I made.

On my day to day ride, a BMW R1150RT, it is actually mounted on a piece of handlebar suspended below the screen, which in itself probably means that it’s relatively cosseted from the worst of the vibrations, but it’s also seen some action on machines as diverse as a Kawasaki Z900, a Ninja 1000SX, Honda PCX125, a Honda Grom, Zero electric bikes and even a throbbing great Harley.

So far so good, and although the dampener is not 100% failsafe I’ve found it effective so far. Apple’s advice suggests that it’s unwise to mount phones on big motorcycles, as anyone who’s ever sat astride a big single or twin can probably relate too, but for those of us who still want the convenience of being able to see our phones on the move, it’s good to know that there are options out there to reduce, if not eliminate, the risk of damaging our expensive devices.