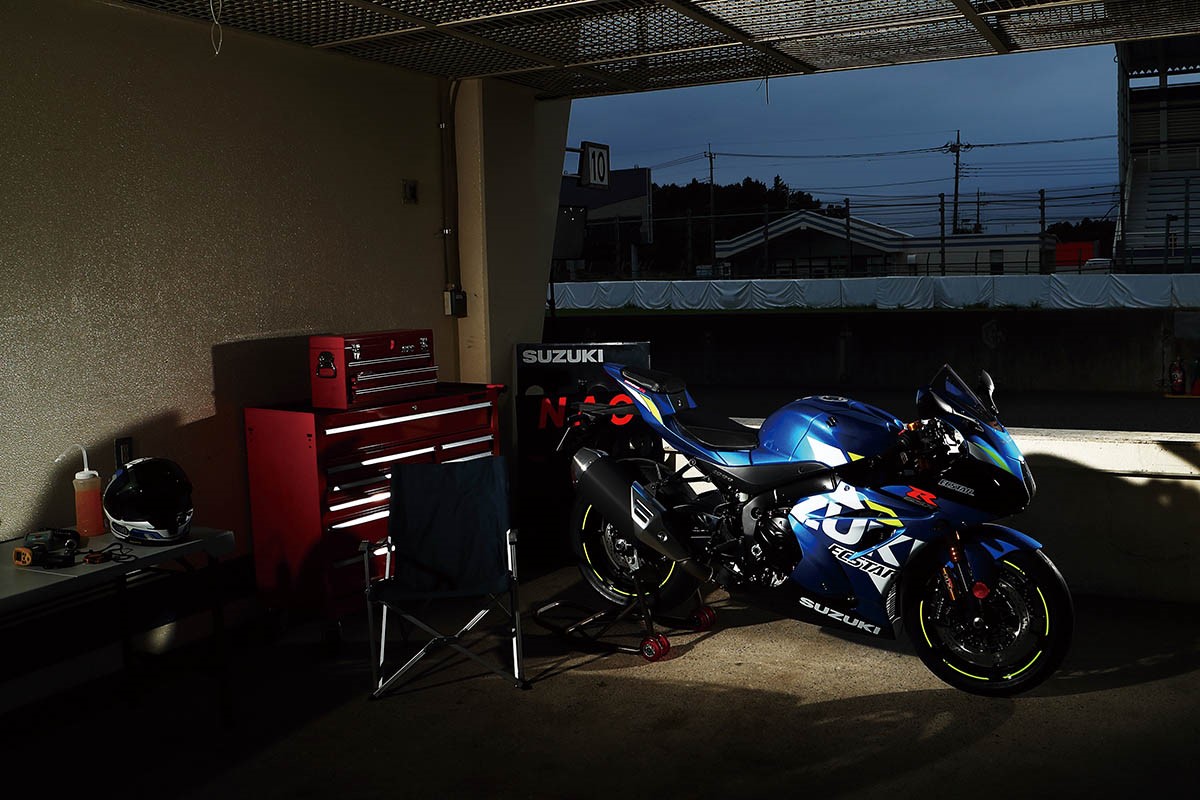 2023 marks the start of a sad (for us) era for Suzuki. The brand has left MotoGP, bowing out on a high with a win in the final race of 2022, and for the first time in almost 30 years there will be no legendary, four-cylinder, GSX-R model in the Suzuki range.

With the decision to discontinue the mighty GSX-R1000 from the range, Suzuki has pulled the plug on an iconic superbike, which ruled the roads and tracks for almost two decades. 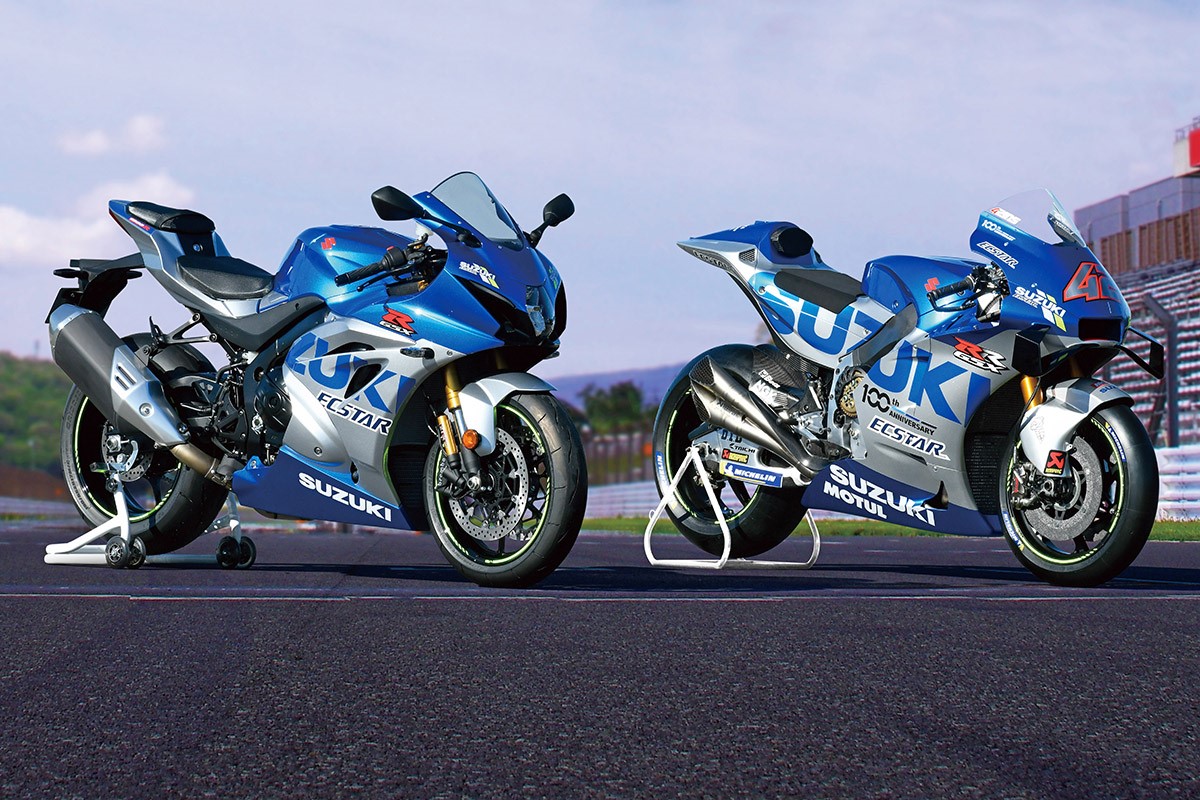 Rather than hold a wake, we wanted to celebrate the big ‘Gixxer’ and took a trip down memory lane in its honour.

The origins of the class can be traced back to the 1990s, but early machines like the Kawasaki ZX10 and Yamaha FZR1000 EXUP were, on the whole, behemoths built for everyday road riding. The real sports bikes for the road were the sharp 750s (ZX-7R, YZF750R) that were the basis for world and national level superbike racers. Then Yamaha changed everything…

Introduced for the 1998 model year, the Yamaha YZF-R1 rewrote the rules for race replicas. Sure, Honda’s original CBR900RR FireBlade had thrown a shark in the tank six years earlier with what was effectively a rule breaking ‘big bore’ 750, but Yamaha’s new bike was the one that truly created a new class – and created an arms race between the Japanese manufacturers that was to last the best part of a decade. 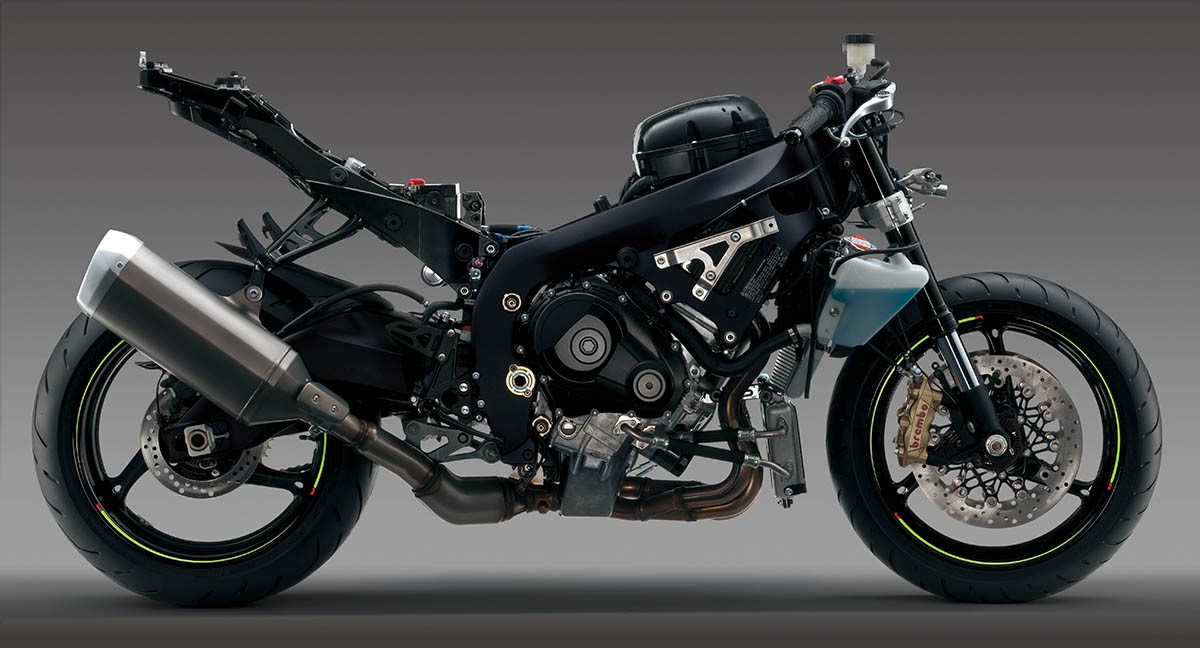 Without the R1, we may never have had the GSX-R1000. Suzuki had already created an icon with its GSX-R750. The SRAD ‘Gixxer’, as it was occasionally called, was the pick of the 750cc class but had immediately been made obsolete by the Yamaha. Suzuki was to strike back though, and at the end of 2000 it unveiled the brand new GSX-R1000. A 988cc, 160bhp, sportsbike that was to dethrone the R1. Combining the power of a 1000 with the weight of a 750, it was a weapon… 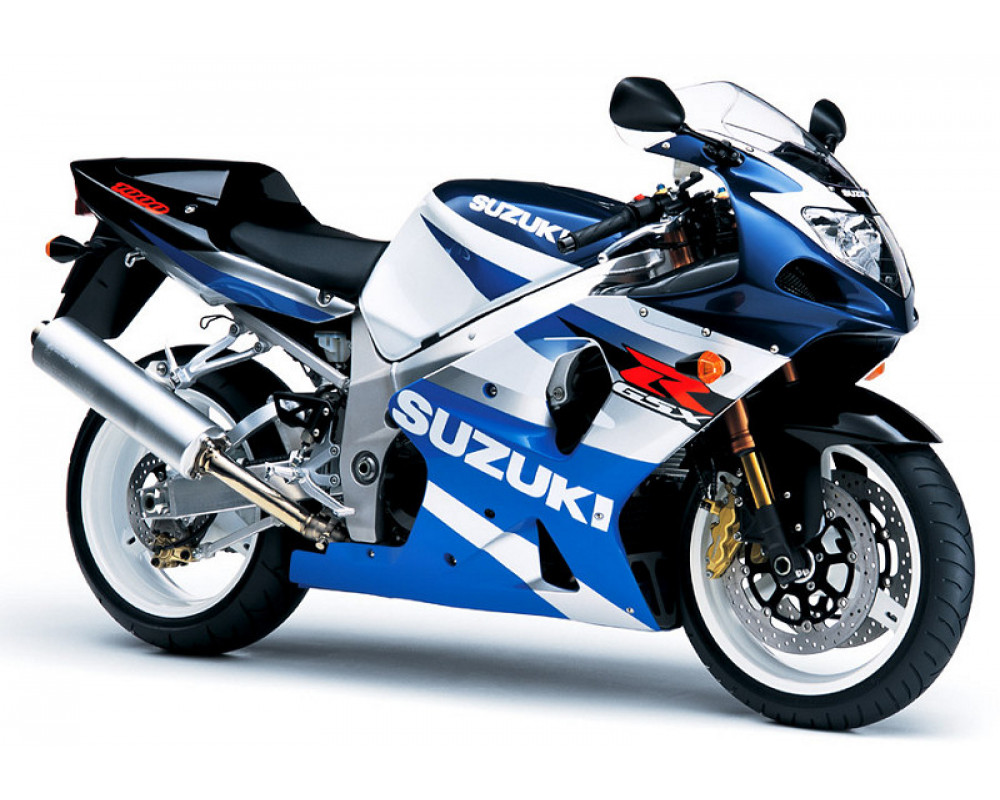 In some ways the GSX-R1000 was a successor to the old GSX-R1100, but the truth was that the old 1100 was a positive dinosaur by the turn of the millennium.

Instead, the GSX-R1000 shared a lot with the 750. The main frame and engine were evolutions of the smaller bike, but it was designed specifically for the litre bike. For example, although the chassis design and geometry were the same on the 750 and 1000, the flagship model used fractionally thicker material to give the exact rigidity Suzuki wanted for the big bike. This was crucial in making a motorcycle which had unparalleled levels of power, while retaining the compactness of a 600.

Suzuki also used titanium extensively to keep the weight down, particularly in the exhaust system, and the suspension and brakes were cutting edge for the day. It was lighter and more powerful than the R1 and the British public couldn’t get enough of it. A legend was born.

Yamaha didn’t take the GSX-R1000 lying down. In 2002 they had updated the R1, giving it an updated chassis, revised styling and fuel injection, and the blueprint for manufacturers introducing new models every two years was set.

Although Suzuki had given the 2002 model year its own designation (K2) it was essentially the 2001 bike with new colours and graphics. For 2003 the GSX-R1000 went through the usual drill of more power and less weight. The K3 had slightly revised styling but, unlike the constantly transforming R1, part of the GSX-R’s DNA has always been the familiar looks.

For 2003, the engine was updated with more power coming from internal revisions, modified air intake and an updated ECU. Brakes changed from the six-pot caliper units of the first bikes, to track developed radially mounted four piston calipers. The exhaust was all titanium and marginal improvements kept the GSX-R at the top of the class. Again, this model was to remain in production for two years. On the race track, 1000cc four-cylinder bikes were allowed into world superbikes in 2003 and Gregorio Lavilla campaigned a GSX-R100, finishing fifth overall. John Reynolds was runner up to Shane Byrne in the 2003 British superbike championship on a K3. He won the title in 2004. 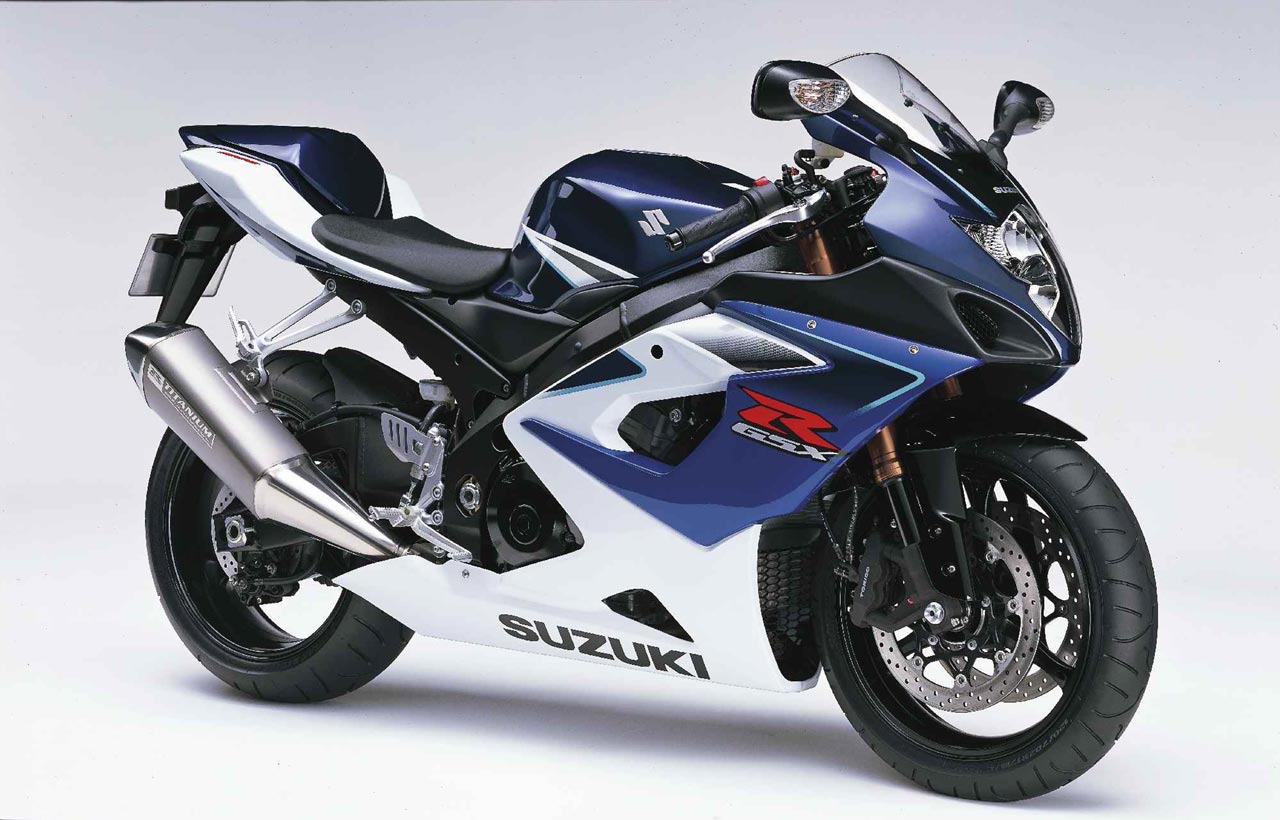 By 2004, the 1000cc sportsbike class was arguably at the height of its popularity. Honda and Kawasaki had joined the party with the CBR1000RR Fireblade and ZX-10R, while Yamaha gave the YZF-R1 a thorough redesign.

Suzuki’s response was the K5 of 2005. With its big silencers, an early signal of increasingly tight emissions regulations, the new GSX-R didn’t win any beauty contests but it won plenty of plaudits for the way it rode.

With the engine now displacing the full 999cc and pumping out 175bhp, the K5 took no prisoners and took Suzuki right back to the top of the class. Suzuki also became the first Japanese manufacturer to enter a factory team in world superbikes under the 1000cc rules and took both the rider and constructor titles for the first (and so far only) time in their history in 2005.

For many riders, the K5/K6 model represented the high watermark of GSX-R1000 design – the last of the raw superbikes.

Emissions meant the K7 was even more bloated than its predecessor. Twin silencers added weight (and were universally disliked) and overall the bike was longer and heavier (192kg wet) than the K5 version.

There was more power though (180bhp) and the 2007 GSX-R was the first to have riding modes. Riders could choose from three maps to set how much power they unleashed with a twist of the throttle.

A lot changed towards the end of the 2000s. Emissions regulations were getting tighter, while the global credit crunch was about to make expensive sportsbikes a luxury many riders could no longer afford.

Despite that, the 2009 GSX-R was a significantly different bike. Suzuki clawed back 5kg from the bloated K7 through a redesigned engine, chassis and wheels and this model also saw the introduction of the Showa Big Piston Forks.

By now, the focus for all manufacturers was delivering usability rather than simply increasing power and the output for the 2009 bike remained at 180bhp, although torque was up. For all the changes, the K9 didn’t look any more modern than its predecessors. It lacked the tech and MotoGP image of the other 1000s and, despite some small updates over the years, it remained largely unchanged until 2016. 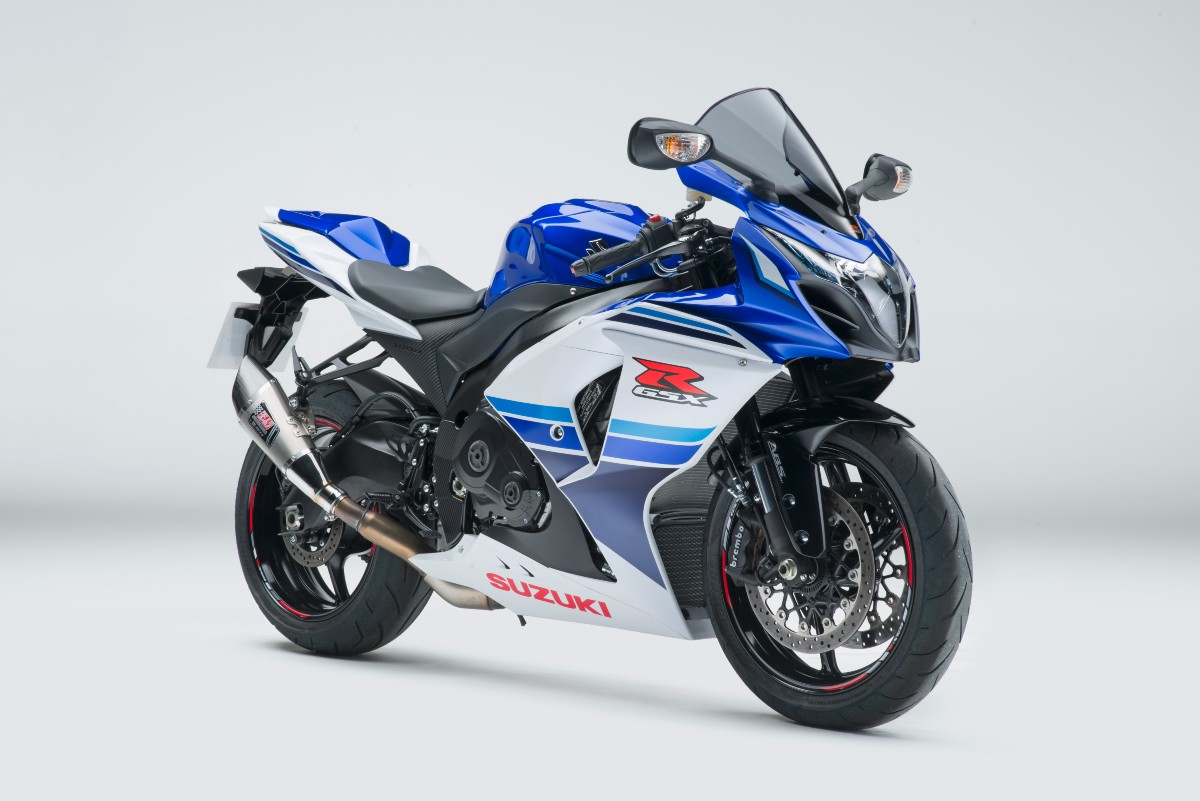 The final iteration of the GSX-R1000 was eagerly awaited and took Suzuki (briefly) back to the top of the superbike class.

The engine leaned heavily on Suzuki’s GSX-RR MotoGP bike, with variable valve timing, sophisticated electronics and top spec chassis. Styling kept the classic GSX-R cues, with the single headlight and twin air intakes, and once again the stock can came in for criticism due to its vast size. That said, many owners modify their ‘Gixxer’ and dump the exhaust at the first service. 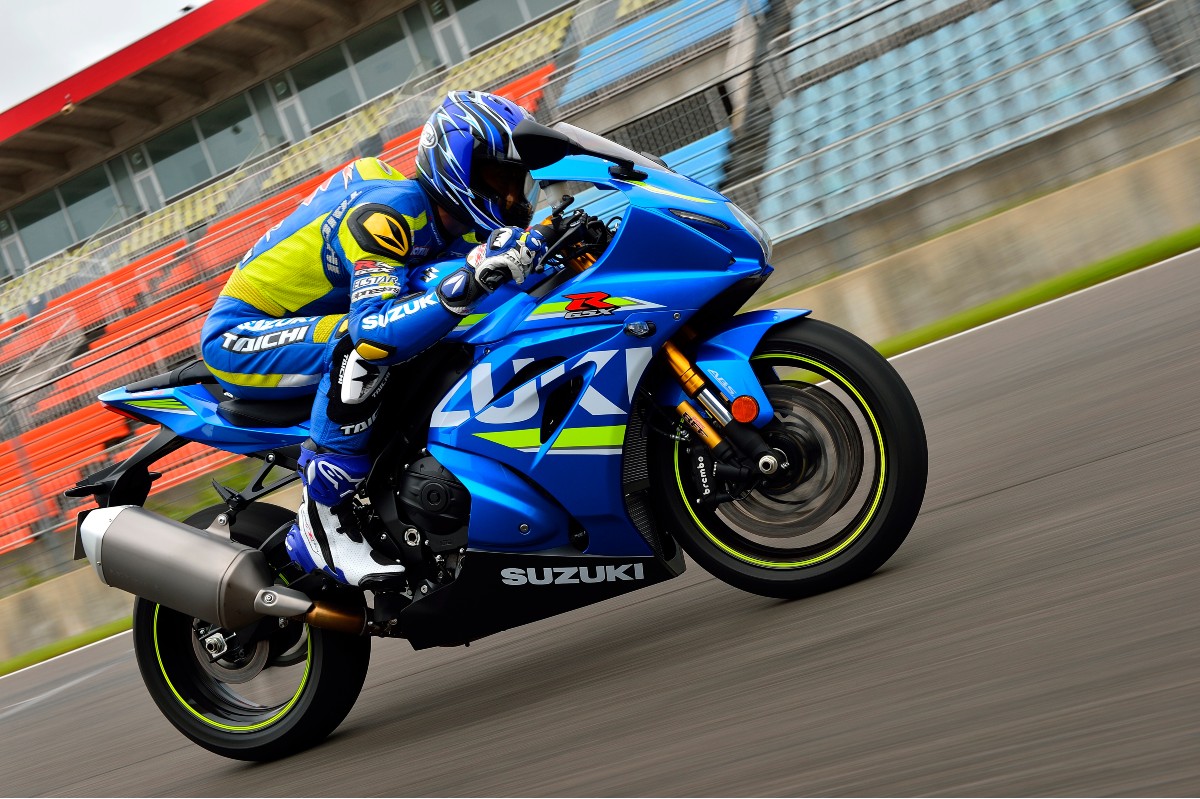 Although Suzuki were never really serious about racing the GSX-R1000 anymore, and never entered world superbikes, it was very competitive in national superbike and endurance racing, winning the world title twice in the last three years.

Even in the season just gone, the GSX-R1000 was capable of winning in the British National Superstock championship – beating more powerful and modern bikes like the latest BMW M 1000 RR and Honda CBR1000RR Fireblade at several rounds to prove that there was still life left in the faithful old dog, a superbike which proved one of the best all-rounders right to the very end. 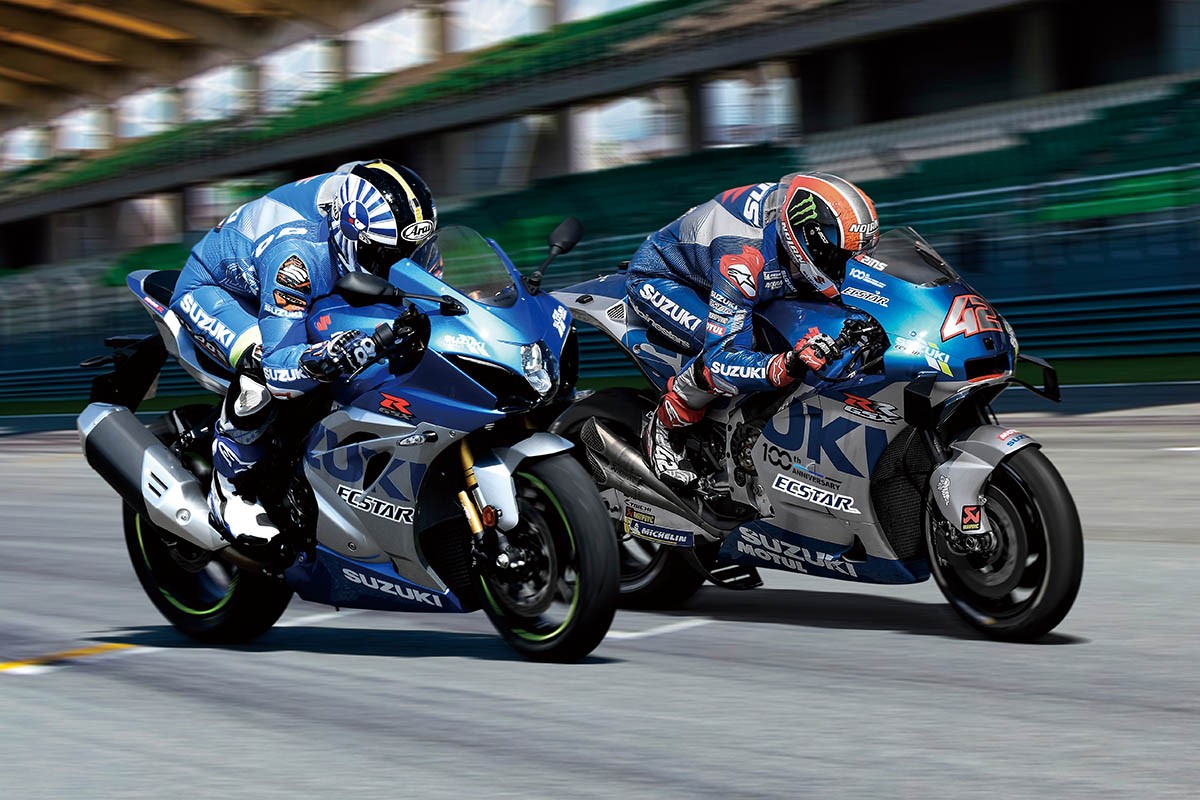