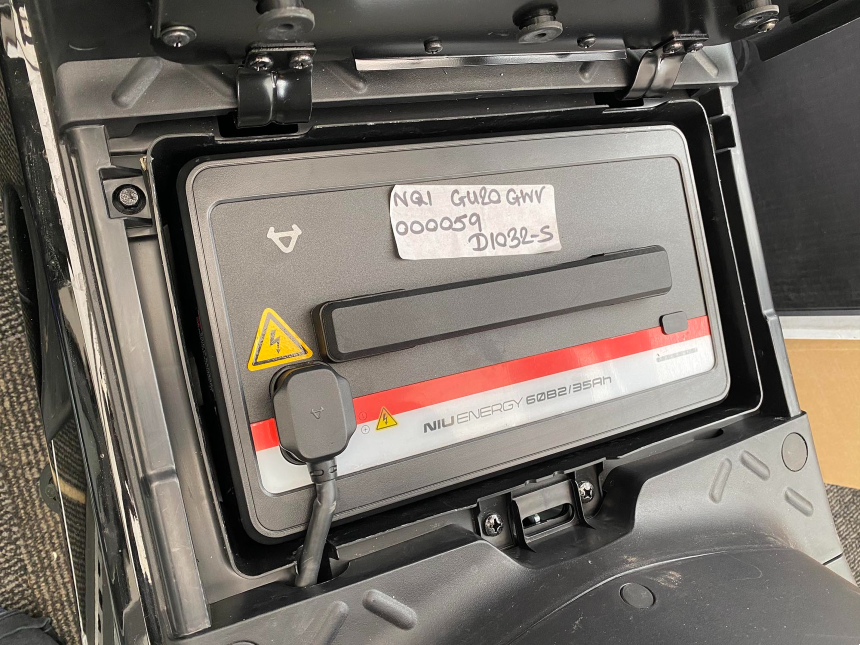 Japan’s big four motorcycle manufacturers (Honda, Kawasaki, Suzuki and Yamaha) have announced that they have reached an agreement on the standardisation of swappable batteries for future generations of electric motorcycles.

Set up in April 2019, the consortium is principally aimed at developing systems that will allow battery sharing between different models from different manufacturers, which they say is aimed at ‘increased adoption of electric motorcycles in Japan.’

Noriaki Abe, Managing Officer of Honda’s Motorcycle Operations and spokesperson for the consortium, said: “This agreement for the standardization of mutual-use batteries is an achievement made possible through the four Japanese motorcycle manufacturers working together over the past two years. I am grateful to all those associated with the Consortium and the Society of Automotive Engineers of Japan, Inc. for their understanding and support. While we will continue cooperation to build an environment allowing battery mutual use based on our agreement, we will also be competing with each other to develop attractive products that meet the needs of our customers. Through our efforts in both cooperation and competition, we will work towards the widespread adoption of electric motorcycles to realize a sustainable society.

Despite the agreement to work together, what this means for electric motorcycles remains to be seen. Removable batteries are not uncommon in small electric motorcycles, scooters and mopeds, so creating a standard power pack weighing less than 10kg, as well as standardised charging mechanisms, for small commuter machines should not be a difficult target in the short term.

However, the large batteries used by the likes of Energica, Harley-Davidson and Zero Motorcycles in their high performance machines generally weigh in excess of 80kg and are packaged deep into the bike’s frame, often playing a structural role in the chassis design. Whether the consortium’s plans include developing swappable batteries for larger machines, which could be exchanged mid journey without the need to wait for a recharge, is yet to be seen, although it would seem that creating removable power packs for full sized bikes expected to travel 100 miles between stops would appear to still be quite some way away. It’s also unclear whether or not the standard will eventually be licenced and adopted by other manufacturers, in the way that VHS became an industry standard in the 1980s video tape market.

The news of the Japanese consortium comes a few days after Triumph unveiled details of its TE-1 electric prototype. The British manufacturer has been collaborating with a number of other leading engineering companies including Williams Engineering, who have designed a new battery exclusively for the project.