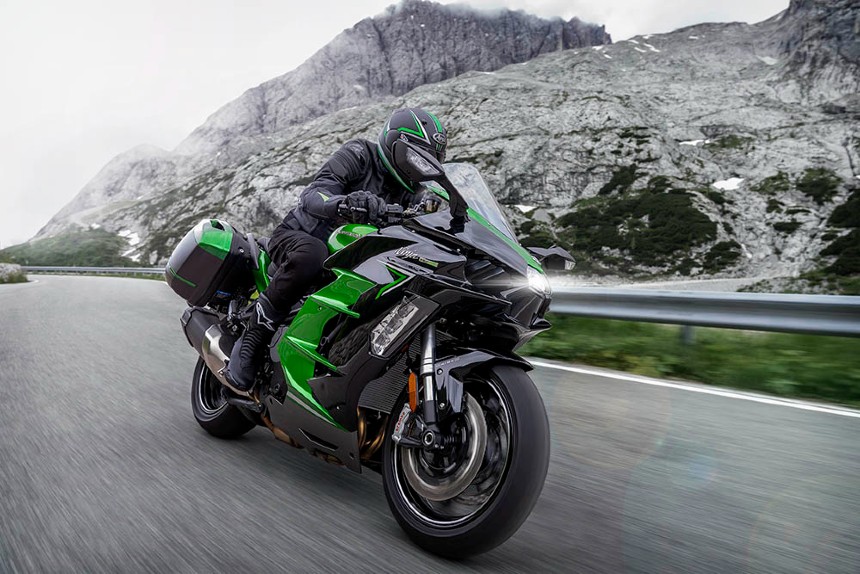 Kawasaki has built its reputation around solid all-rounders in recent years, with the Ninja 1000SX sports tourer topping its sales charts for the past few seasons, and for 2022 Team Green is updating two of its other sporty tourers, the Ninja H2 SX and Versys 650.

Kawasaki claim that next year’s iteration of the supercharged Ninja H2 SX will be the most comprehensively specified sport-tourer ever created, although with a price tag of almost £21k it pretty much should be.

The main update for 2022 is the adoption of two radar sensors on the SX, allowing the introduction of Bosch’s adaptive cruise control and blind-spot detection system. It’s not a completely new innovation, as BMW, Ducati and KTM have all adopted similar systems on high-end models this year, but with front and rear-mounted radars the Kawasaki system appears to be more advanced than some others on the market.

Kawasaki’s press missives are somewhat shy to mention the engine, but the blown 998cc four remains good for a claimed magical 200bhp. Keeping that in check is a comprehensive electronics package that includes pretty much every feature and acronym you can throw at it.

The Bosch IMU helps create what Kawasaki call ‘corner management’ – essentially helping keep brakes and power delivery in check through the bendy stuff – and there’s the ability to tweak traction control intervention, launch control, riding modes and even the engine brake. There’s also a hill start function and a fancy new 6.5” colour TFT dashboard with ‘screen in screen’ infotainment functionality that can be linked to the rider’s phone and which allows them to choose from around 20 different apps, including things like sat-nav, weather and music settings.

An SE version is also available for an additional £3000, with Showa electronic suspension, while colour-matched panniers are a £750 option.

Kawasaki have also updated its Versys 650 for 2022 with a new upper fairing, LED lights, TFT dash and four-way adjustable windscreen in line with the 1000cc version. At £7799 for the basic model, the two-cylinder Versys significantly undercuts its main rivals, the new Triumph Tiger Sport 660 and Yamaha’s Tracer 7, and it can be loaded up with options including luggage and a USB power socket – taking the screen price up to £10,149 fully specced with the ‘Grand Tourer’ pack. 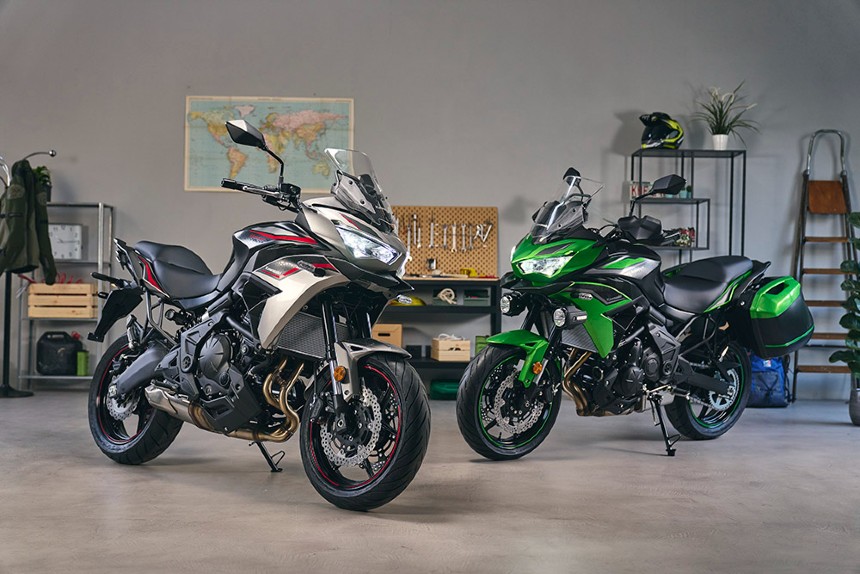