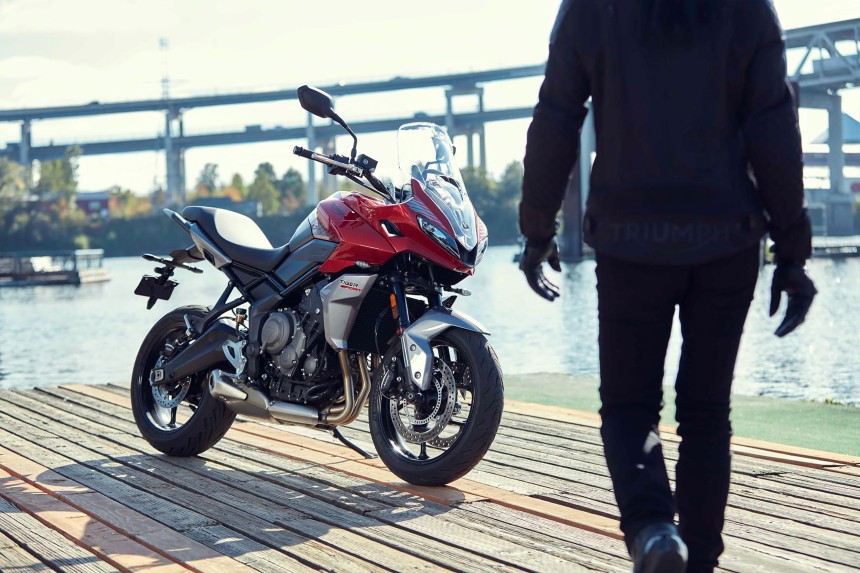 For decades motorcycles have become more and more specialised. While the 1970s and early ‘80s saw a rise in cookie-cutter Japanese fours (aka the Universal Japanese Motorcycle or UJM), for the past 25 years we’ve seen an evolution of more niche models like race replicas, tourers, cruisers, adventure bikes and more.

And while these models continue to be popular with buyers, a number of versatile all-rounders are appearing in 2022’s new bike brochures. These practical machines look capable of doing a bit of everything for the savvy buyer. It’s a concept we totally buy into, and these five are definitely worth a look. 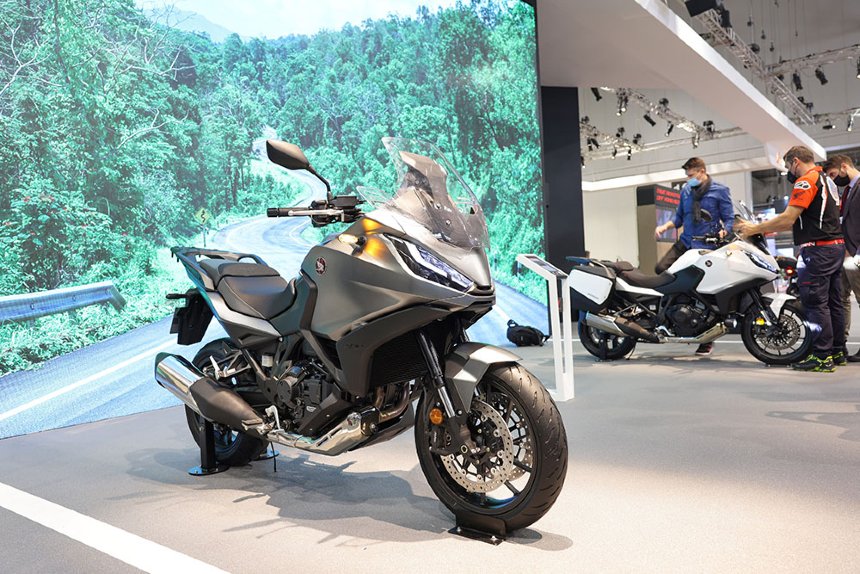 Honda have plenty of form when it comes to making solid all-rounders. Models like the VFR750F, CBF1000 and Deauville built a reputation for offering good quality and plenty of practicality in their day, and many see the new-for-2022 NT1100 as the spiritual successor to the aforementioned Deauville.

It’s a proven package and one which should be as adept on a weekend away as it is on the daily commute. The engine and frame come from the hugely popular Africa Twin adventure bike, but with more street focussed suspension, wheels and ergonomics. The narrow profile of the NT1100 should make it very adept at filtering and for city riding, although the £12k price tag means it’s hardly a budget option.

Triumph’s venerable Tiger 1050 was one of the first motorcycles to combine the tall adventure bike style with 17” road wheels and tyres to make a supreme sports tourer. Now, 15 years on, the Tiger Sport 660 recreates the formula with an £8,450 all-rounder based on the Trident roadster.

Although the Tiger moniker is better associated with Triumph’s adventure bike range, the 660 is a pure road bike. The larger tank and fairing make the Tiger 660 a more practical proposition than its roadster cousin and, while the suspension is taller than that of the Trident, it’s a versatile machine that is still accessible to a wide range of riders. An A2 licence kit is also available for new riders too. 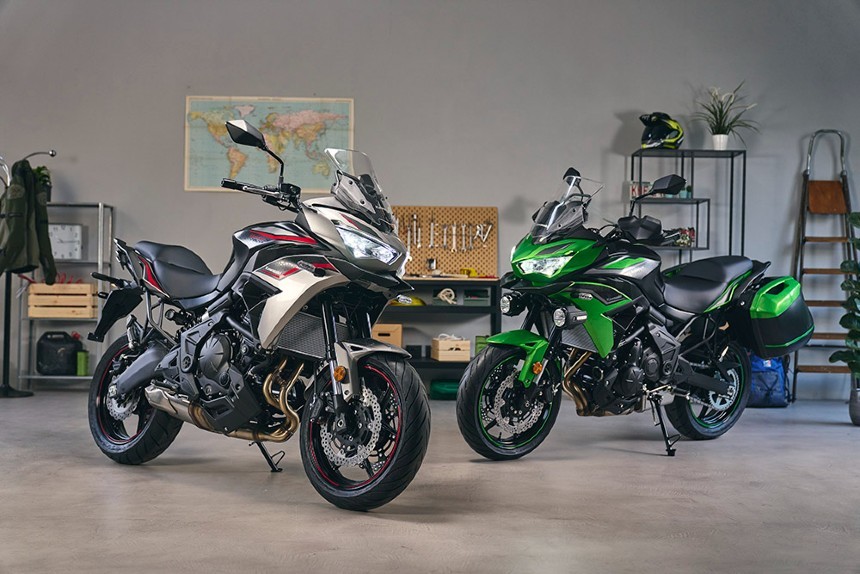 Kawasaki’s Versys has often been overlooked in recent years, but it remains one of the great bargain bikes you can buy today.

Based around the same 650cc parallel-twin engine as the Z650 and Ninja 650, the Versys 650 (like the Triumph Tiger Sport 660) is a practical all-rounder combining adventure bike ergonomics with pure road manners.

At £7549, the Versys undercuts the Tiger and has a whole host of optional extras – such as top boxes and panniers – to turn it into a solid light tourer.

It’s been given a mild update for 2022, with revised styling and an adjustable windscreen in line with the bigger Versys 1000, and A2 licence holders are also catered for with a 35kw version available.

Perhaps spying Kawasaki’s success with the Ninja 1000SX, Suzuki has weighed in with the new GSX-S1000GT for 2022.

Sure it’s a parts bin special, but actually it’s a motorcycle that feels greater than the sum of its parts. Mind you, with the iconic GSX-R1000 K5 motor at its heart, the GT was never going to be rubbish. Following the formula of the 1000SX, the GSX-S combines great real-world performance with a nice upright riding position, practical fairing, optional luggage and a sharp price (£11,599 at the time of writing). We think there’ll be plenty flying out of Suzuki dealerships this year. 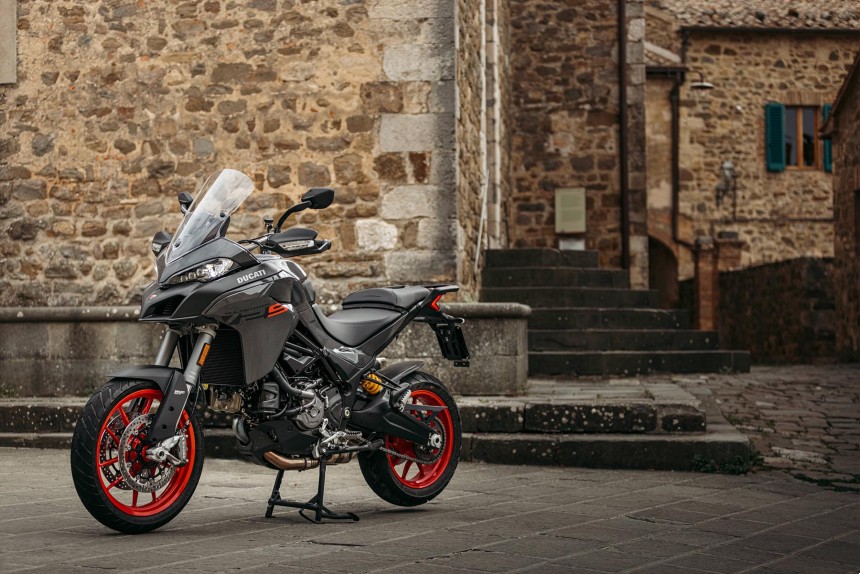 There was a time when Ducati’s were known only for super exotic superbikes, but in recent times the Italian brand has diversified and now produces a range of versatile everyday machines, like the Multistrada and SuperSport.

Indeed it is with the Multistrada that we end our list of 2022’s new all-rounders, with the rebranded and updated Multistrada V2.

The Multistrada 950 has been at the top of its class for a few years now and the 2022 model gets a new name, Multistrada V2, and revised styling – both of which bring it more in line with the range-topping Multistrada V4.

At £12,495 the Multistrada V2 isn’t cheap, but the spec sheet for the entry-level model is pretty impressive – in particular the adoption of Ducati’s highly renowned electronics package. It’s a sporty steed, of course, but the upright riding position makes it the Multistrada a comfortable place to be, while 15,000-mile service intervals are a far cry from the pernickety Ducati’s of old.

The Carole Nash MCN London Motorcycle Show will be roaring back to London’s Docklands on February 11-13th for a celebration of everything two-wheeled.